Just days before the mayoral election in Portland, Ore., a former ally of Mayor Ted Wheeler has endorsed his opponent.

It was the latest political twist in a city that has seen months of riots and vandalism since the May 25 death of George Floyd in Minneapolis.

Hardesty’s statement in support of candidate Sarah Iannarone came after the City Council decided to delay a vote on slashing $18 million from the police budget until after Election Day.

Wheeler, who also serves as the city’s police commissioner, was among three commissioners voting to delay action on the matter at the conclusion of a five-hour council meeting that drew public comments from more than 150 residents. 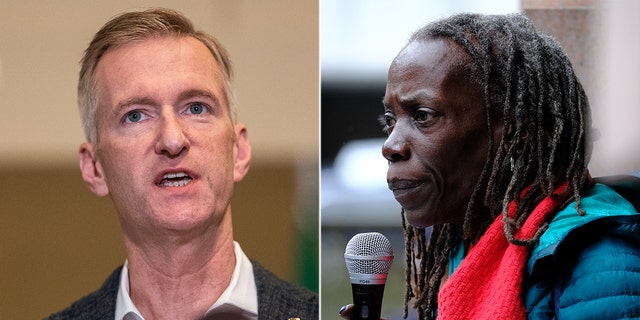 Hardesty skipped the council’s 3-1, leaving the meeting early and saying she was “disgusted by the lack of courage” from Wheeler and commissioners Amanda Fritz and Dan Ryan, who also supported delaying the budget vote.

The sole dissenter was Commissioner Chloe Eudaly, who has supported the proposed $18 million cut along with Hardesty.

Hardesty initially backed Wheeler for reelection, supporting him in a May primary, but she announced in September that she could no longer do so because of the way he has responded to the nightly rioting in the city, OregonLive.com reported.

After pulling her support for Wheeler, Hardesty said she would not endorse any candidate but on Wednesday she said via Facebook that she would back Wheeler opponent Sarah Iannarone for the mayor’s job.

Eudaly is facing her own challenge Tuesday, from candidate Mingus Mapps.

Hardesty is backing Eudaly while Fritz and Ryan haven’t endorsed a candidate in that race, OregonLive.com reported.