New York Times columnist Paul Krugman appears to have a much sunnier outlook for the economy after Joe Biden's projected victory than the one following Donald Trump's 2016 election win.

In Thursday's op-ed headlined "Making the Most of the Coming Biden Boom," Krugman argued that with the encouraging coronavirus vaccine developments, the pandemic will likely be under control next year and that there's a "good bet" that the economy "will come roaring back."

"Most economic forecasters appear to be quite pessimistic… But my sense is that many analysts have overlearned the lessons from the 2008 financial crisis," Krugman wrote. "What held recovery back after 2008? Most obviously, the bursting of the housing bubble left households with high levels of debt and greatly weakened balance sheets that took years to recover. This time, however, households entered the pandemic slump with much lower debt…. And there’s probably a lot of pent-up demand: Americans who remained employed did a huge amount of saving in quarantine, accumulating a lot of liquid assets."

"All of this suggests to me that spending will surge once the pandemic subsides and people feel safe to go out and about, just as spending surged in 1982 when the Federal Reserve slashed interest rates. And this in turn suggests that Joe Biden will eventually preside over a soaring, 'morning in America'-type recovery," Krugman explained. 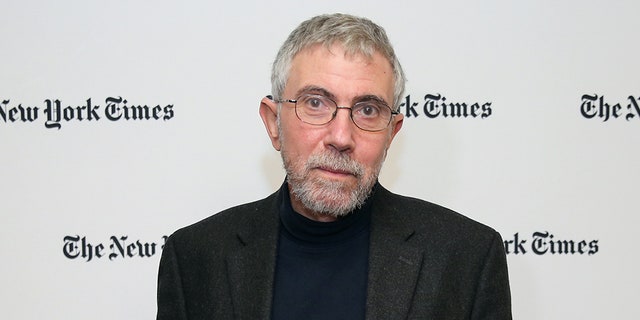 The Nobel-winning economist encouraged Biden to "celebrate" the economic recovery when it happens and that he and his surrogates "shouldn’t hesitate to call out Republicans, both in Washington and in state governments, when they try to sabotage the economy — which, of course, they will. I won’t even be surprised if we see G.O.P. efforts to impede the wide distribution of a vaccine."

"What, do you think there are some lines a party refusing to cooperate with the incoming administration — and, in fact, still trying to steal the election — won’t cross?" Krugman defended his bold accusation against Republicans.

"If I’m right, however, the peculiar nature of the coronavirus slump may give Democrats another big political opportunity," Krugman said. "There’s a pretty good chance that they’ll be able to run in the 2022 midterms as the party that brought the nation and the economy back from the depths of Covid despond. And they should seize that opportunity, not just for their own sake, but for the sake of the nation and the world."

Following the 2016 election, Krugman offered a much more doom and gloom assessment of Trump's victory, indicated that the markets will "never" recover under his presidency.

"We are very probably looking at a global recession, with no end in sight," Krugman wrote after the election. "I suppose we could get lucky somehow. But on economics, as on everything else, a terrible thing has just happened."

In January, before the coronavirus pandemic pummeled the U.S. economy, Krugman admitted it was doing "pretty well" under President Trump.

Ex-Governor of Michigan Charged With Neglect in Flint Crisis