An outgoing, longtime CNN executive admitted on Sunday that the liberal network’s weekly media program, “Reliable Sources,” has failed to offer diversity of thought by not booking conservatives.

CNN vice president of standards and practices Rick Davis joined host Brian Stelter’s program on Sunday to discuss his retirement after 40 years in the industry. Stelter praised Davis as a “living legend” and noted that he’s been at CNN since its inception before seeking advice on how to improve the weekly program that aims to cover the media industry. 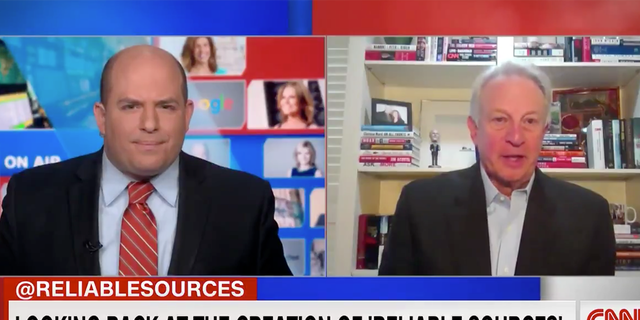 Stelter, who emerged as an outspoken critic of conservative media and regularly attacks news organizations that don’t mirror CNN’s hyper-partisan coverage, asked Davis what his program could do more of in order to become a show that appeals to a larger audience.

“I think you need to strive to have more voices on the show from right of center,” Davis said as Stelter nodded along.

“Responsible voices from right of center on the show,” Davis said. “And occasionally, when you can, you want to have some newsmakers on who can express to you how they feel about the media, particularly if they feel like the media got it wrong.”

Stelter didn’t address the comment about CNN’s weekly media program lacking conservative voices and quickly went back to complimenting Davis for his four-decades of service at the network.

“Reliable Sources” typically features a plethora of liberal quests and mainstream media heavyweights who ridicule conservative media organizations, usually without allowing an opposing voice to present the other side of the argument.

CNN did not immediately respond when asked if “Reliable Sources” will take Davis’ advice and book more voices from right of center.

In recent years, CNN has developed a reputation of a liberal, anti-Trump network that is a far cry from founder Ted Turner’s just-the-facts approach to news.