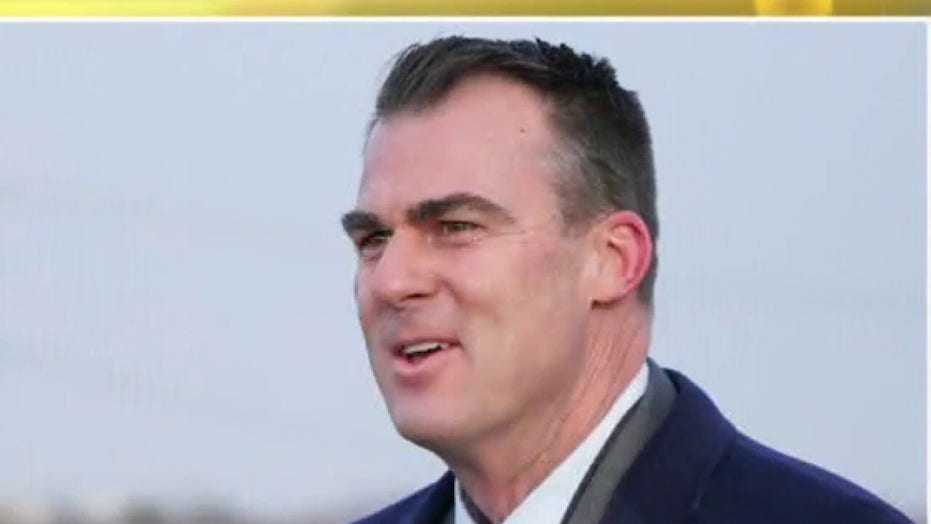 EXCLUSIVE: Oklahoma Gov. Kevin Stitt is suing the Biden administration over the Department of Interior’s decision to strip the state’s ability to regulate mines, arguing it is an unlawful act of federal overreach.

The lawsuit, filed Friday in the U.S. District Court for the Western District of Oklahoma, states that the Biden administration sought to “unlawfully strip Oklahoma of its jurisdiction for the regulation of surface coal mining and reclamation operations under Title IV and V of the Surface Mining Control and Reclamation Act (SMCRA)” and impose a federal program in its place.

In April, the Interior Department issued a notice of decision, stating that Oklahoma did not have the legal authority under SMCRA to continue the mining program, which it had maintained for over 30 years.

The department cited the Supreme Court’s 2020 decision in McGirt v. Oklahoma as the basis for its decision. In McGirt, the Supreme Court legally recognized the existence of the historic Muscogee (Creek) Nation Reservation within the eastern part of Oklahoma.

According to the Interior Department’s reasoning, because the SMCRA doesn’t allow the state to control mines on Indian land, the federal government was justified in taking over the mining program in the eastern part of the state on lands “within the exterior boundaries of the Muscogee (Creek) Nation Reservation.”

Gov. Stitt strongly disputed the Interior Department’s logic in his lawsuit, saying McGirt limits the definition of “Indian country” as it applies to federal criminal law, and therefore cannot be expanded to include Oklahoma’s regulatory jurisdiction.

In addition, Stitt states in the filing that Interior issued the notice of decision “without adequate explanation, justification, or sufficient evidence in the record to support the action.” He also said that the department failed to adequately address or respond to significant problems and matters raised by the state’s attorney general in an April letter.

In the letter, Attorney General Mike Hunter said he advised that “no state agency comply with this ill-advised power grab by the Biden administration.”

“Courts ruled a long time ago that reservation lands are not categorically exempt from state jurisdiction for all purposes. The McGirt ruling was about criminal jurisdiction, not all state regulations of industries. Further, we have supervised mines and reclamation operations in Oklahoma for decades and there is no legal basis for us to stop this practice now,” said the state’s top law enforcement officer.

The president pledged to cut U.S. emissions in half by the year 2030, moving away from fossil fuels.

Biden has come under criticism from pro-miner and coal worker states, which fear that the president will not replace mining jobs with new “green jobs.”