Irene Siderakis, owner of Kellogg’s Diner in Brooklyn, sued de Blasio over the indoor dining ban in December 2020 and is taking action again over the coronavirus vaccine passports, saying she won’t comply with the guidelines.

“We’re suing Mayor de Blasio because he’s not letting me run my business with all the rights that I have,” Siderakis told “Fox & Friends” Thursday. “I already have a $1.4 million judgment against me from the first mandates that our governor and our mayor put on us the first time around, and now this. They’re breaking me.”

De Blasio’s order mandates any citizen seeking to engage in most venues of indoor commerce to prove they have received their shots, whether by the paper card standardized by the CDC, or by New York State’s “Excelsior” pass app championed by outgoing Gov. Andrew Cuomo. 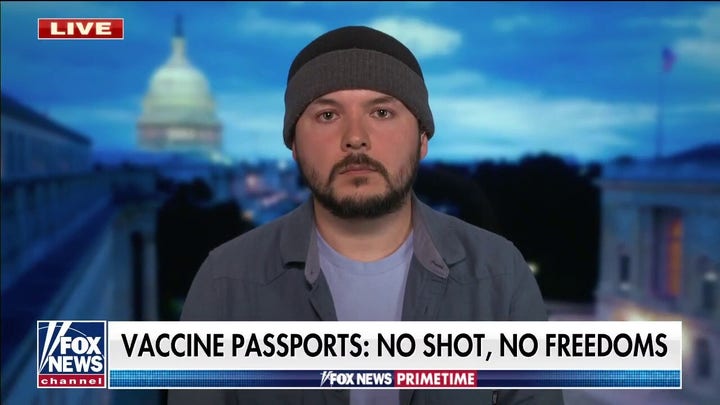 Kellogg’s Diner in Brooklyn has been a popular neighborhood destination for nearly half a century, but Siderakis, who has owned the iconic establishment in Williamsburg since 2013, said she feels like her liberties have been taken away from her.

“I feel like I don’t have the right to feed my children,” the mother of four kids remarked. “I feel fear that this mayor has just put danger in my life.”

Siderakis said the New York City mayor is creating “division” and “violence.”  She stressed this will not be good for her business and mentioned she’s received poor reactions from her customers regarding vaccine proof.

“One person actually said to me, ‘you’d better not refuse service to me,’ and it just shook me,” she told co-host Brian Kilmeade. “Our mayor really thinks in his demented mind that he’s doing something good here.”

“They’re breaking me, a single mom with four kids. … I’m not complying,” she said.

Fox News reached out to Mayor de Blasio’s office for comment and has yet to hear back.

“We’re now at this point that we’ve dreamed of, and we’re going to go even farther with a smart mix of incentives and mandates,” de Blasio said when the policy was announced.

“We’re going to use every tool we’ve got to fight the delta variant and end the COVID era once and for all.”