Nikki Haley rips Kamala Harris for not visiting border: ‘This is embarrassing’

The former U.N. ambassador says President Biden and Vice President Harris are fearful of situation at the border

Former U.N. Ambassador Nikki Haley is visiting Israel as part of a “solidarity mission” to the U.S. ally — just as Democrats are fighting among themselves over their positions on the conflict between Israel and the terrorist organization Hamas.

“No matter the challenges, the people of Israel always celebrate life and thank God for their blessings,” Haley tweeted with an image of her praying at the Western Wall. “It’s humbling to join them again in prayer at such a holy place.”

Haley and her husband Michael were in Jerusalem as part of a mission by the group Christians United for Israel that it described as a “solidarity mission” to Israel.

“We remain committed to unequivocally standing with our nation’s closest ally and will forever pray for the peace of Jerusalem,” the group tweeted.

Haley is one of a number of Republicans, including Sen. Ted Cruz, R-Texas, and former Secretary of State Mike Pompeo, to visit the country in recent weeks after Israel responded to rocket attacks launched by Hamas with airstrikes of its own.

While Republicans have backed Israel almost universally, Democrats have been split on the issue. The White House carefully expressed support for the ally, while pushing for a cease-fire. But some of the more left-wing members of the House caucus was critical of Israel and the administration’s support for what it saw as an excessive response. 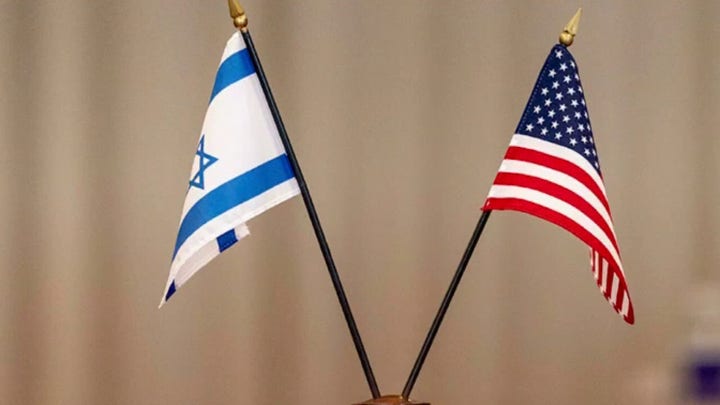 Rep. Ilhan Omar, D-Minn., who has caused controversy with past anti-Israel remarks, sparked fresh outrage this week when she issued a tweet Monday about “unthinkable atrocities committed by the U.S., Hamas, Israel, Afghanistan, and the Taliban.”

But, after criticism from fellow Democrats, she partially walked back the statement Thursday, saying there is “not a moral comparison between Hamas and the Taliban and the U.S. and Israel. “

Reps. Josh Gottheimer, D-N.J., Elaine Luria, D-Va., and Brad Schneider, D-Ill., all signed onto a statement by a group of House Democrats saying the initial comments, “equating the United States and Israel to Hamas… at best discredits one’s intended argument and at worst reflects deep-seated prejudice.” They expressed varying degrees of forgiveness for Omar Thursday and Friday after she met their demand to revisit her statement.

“There’s a long history of comments here that I have found unacceptable and deeply concerning and this just adds to the record. So am I satisfied? I’m just really frustrated by the continued series of comments targeted at the U.S.-Israel relationship,” Gottheimer told Fox News when asked if he was “satisfied” with Omar’s clarification.

House Speaker Nancy Pelosi, who also criticized Omar, on Friday said she has no interest in taking disciplinary action against Omar despite calls from some Republicans to remove her from the House Foreign Affairs Committee.

“I think that she clarified her remarks and that was, we accepted that and she, she, she has a point that she wanted to make and she has a right to make that point. There was some unease about how it was interpreted,” Pelosi said.

Previously, Rep. Alexandria Ocasio-Cortez, D-N.Y., had slammed Biden for his pro-Israel stance at the beginning of the renewal of hostilities. 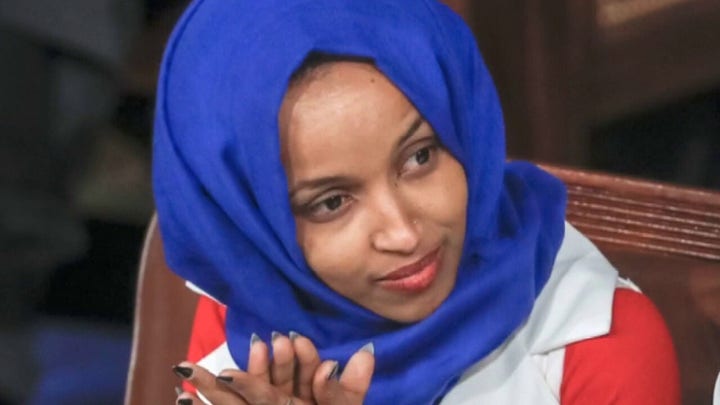 “Blanket statements like these [with] little context or acknowledgement of what precipitated this cycle of violence – namely, the expulsions of Palestinians and attacks on Al Aqsa – dehumanize Palestinians [and] imply the U.S. will look the other way at human rights violations. It’s wrong.”

“By only stepping in to name Hamas’ actions – which are condemnable – [and] refusing to acknowledge the rights of Palestinians, Biden reinforces the false idea that Palestinians instigated this cycle of violence,” Ocasio-Cortez added. “This is not neutral language. It takes a side – the side of occupation.”

Haley, meanwhile, had challenged Ocasio-Cortez’s claims that Israel was targeting schools and civilians.

“You are either mistaken or intentionally lying,” Haley tweeted at the progressive congresswoman.