Newsom says 'don't ever confuse' him with 'defund police movement' 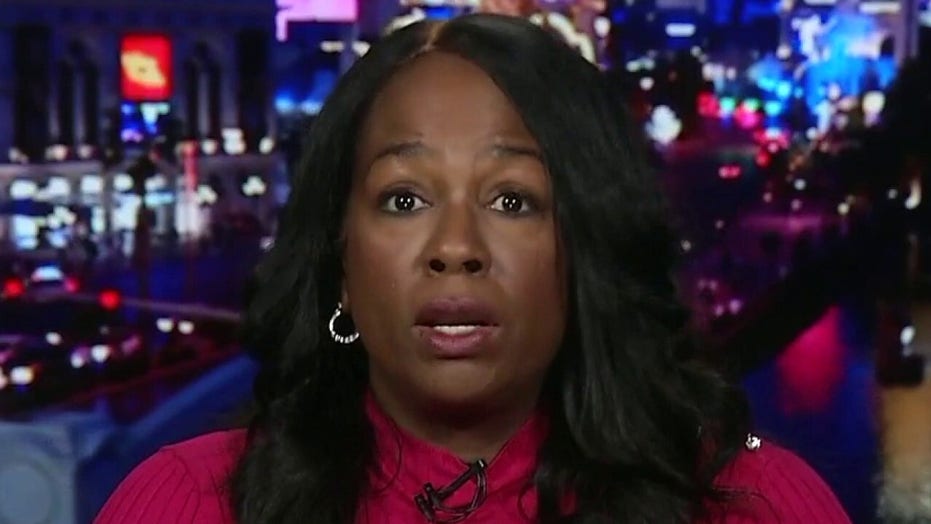 Sergeant Jerretta Sandoz slams California Gov. Gavin Newsom over his statement that crime is decreasing across the state.

California Gov. Gavin Newsom took a definitive stance against the progressive “defund the police” movement in a virtual interview with a number of California news outlets this week.

“I’m very, very committed to addressing the issue of crime and violence. You couldn’t run for mayor, get reelected for mayor, or be a halfway damn good mayor if you didn’t care about that,” Newsom said during his Thursday interview, reflecting on his time as mayor of San Francisco. “Don’t ever confuse me with the defund police movement.”

He continued: “Hell, I was the first mayor in San Francisco in history that actually met our statutory requirement of … 1,973 police officers.”

Newsom said he is in favor of police reform and is “proud of the state” in terms of what it has done for criminal justice reform. The governor did not respond to a request from Fox News when asked whether that meant increasing funding for police. 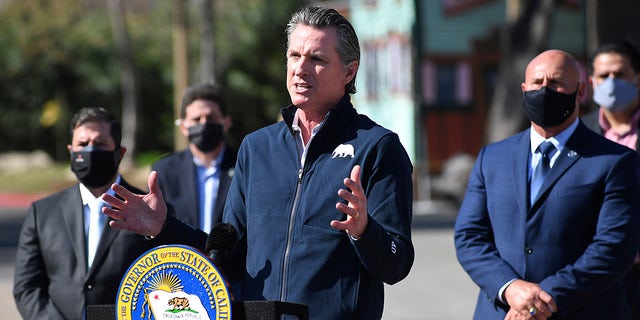 In 2020, after George Floyd’s murder, Newsom traveled across California to meet with community leaders and discuss ways to address injustices and racism, according to The Mercury News.

“If you’re calling for eliminating police, no,” Newsom said in response to a question about whether he supported calls to defund police while visiting Oakland in June of 2020, The Mercury News reported. “If you’re talking about reimagining and taking the opportunity to look at the responsibility and role that we place on law enforcement to be social workers, mental health workers, get involved in disputes where a badge and a gun are unnecessary, then I think absolutely this is an opportunity to look at all of the above.”

NEWSOM SAYS RECALL EFFORT IS UNFAIR, EFFECTS WILL BE FELT ‘ACROSS THE COUNTRY’

Newsom said Thursday that progressive police reform and criminal justice reform policies in the state have led to “a significant decline in gun violence and gun-related deaths, not despite those policies but because of them.”

Recent statistics, however, show an increase in gun violence since 2019, as most states have experienced. Across California, there were 2,202 homicides, the majority of which involved guns, in 2020, representing a 31% increase compared to 2019, The Los Angeles Times reported on July 29.

The governor went on to slam “radical judges” in the state trying to “overrule” gun laws.

“Those are the folks behind the recall, by the way,” he said.

Newsom has been criticized for his efforts to release thousands of prisoners early amid COVID-19 under Proposition 57, as well as his July comments saying that in “the last three decades,” California has “seen a significant decline in crime in the state,” and that red states with “no criminal justice reform” have seen crime increase in recent months, too.

Newsom echoed that sentiment in his interview.

“I think it’s interesting — you’ve got a Republican former police chief, Republican mayor, in Fresno, and you experienced a big increased in crime…and don’t even talk to me about your sheriff,” he said. ” … So, I think we can move past all the B.S. in this space.”

He suggested that claims saying California’s increases in crime are a result of his policies are politicized and will ultimately help the GOP in 2022.