New iPad Pro review – the best tablet ever made, but this slick gadget isn't cheap

APPLE has released a new iPad Pro that it reckons can replace your computer – and it's probably right.

I've spent a week using Apple's insanely fast (and unsurprisingly expensive) new slate and it's about as good tablets get. 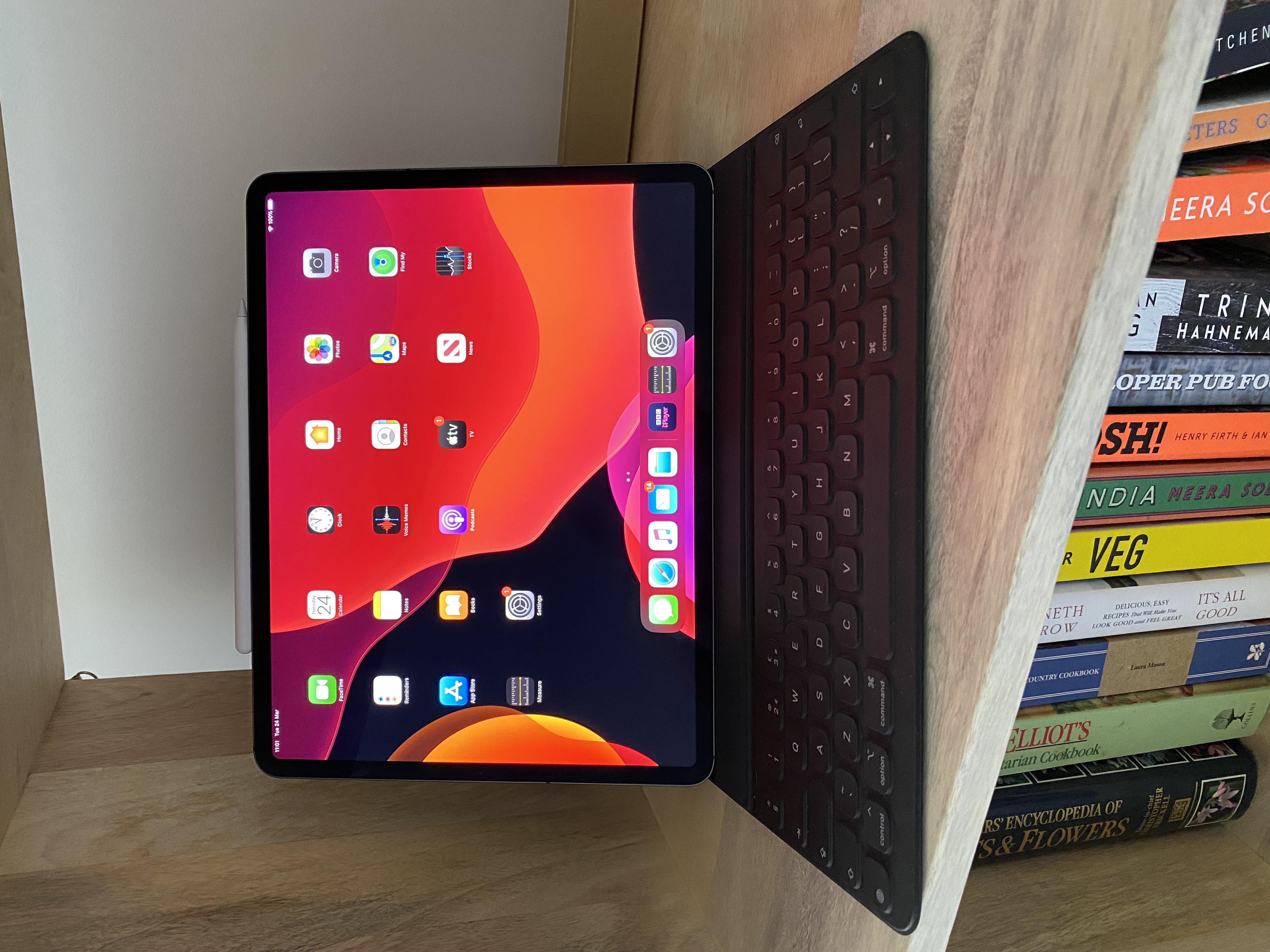 Apple first launched the iPad in 2010, to resounding success.

This was followed in 2015 by the iPad Pro – the same proposition, but for power users who wanted laptop-grade computing.

The line-up was revamped in 2018, and has now been souped-up again for 2020 – with impressive results.

You'll pay $799 / £769 for the cheapest version of the new iPad Pro, meaning it's cheaper than a MacBook Air – but more expensive than your average iPad. 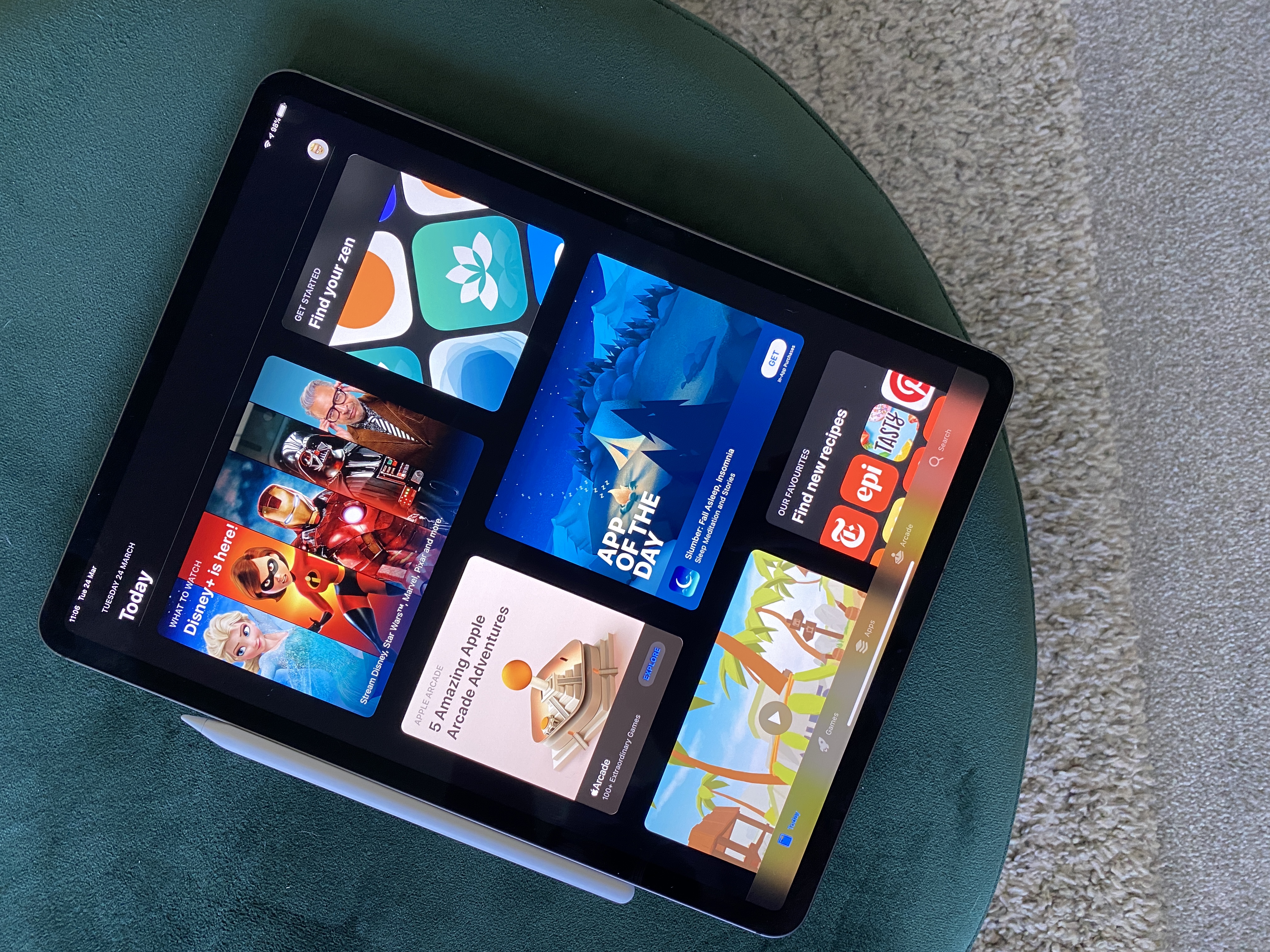 So what does this premium price tag get you? A seriously slick design, for a start.

Not much has changed since last time around: you still have 11-inch and 12.9-inch screen options.

The size will depend on your own needs. If you're using this as an add-on device to your arsenal of gadgets, the smaller model is probably fine.

But for anyone looking to replace a laptop (or very serious pro users), then the 12.9-inch offers invaluable screen real-estate.

Apple has retained its classic squared-edge design, making the iPad Pro feel like an expensive slate of glass.

Your Apple Pencil (2nd-gen) can attach magnetically to the side of the iPad, keeping it charged. 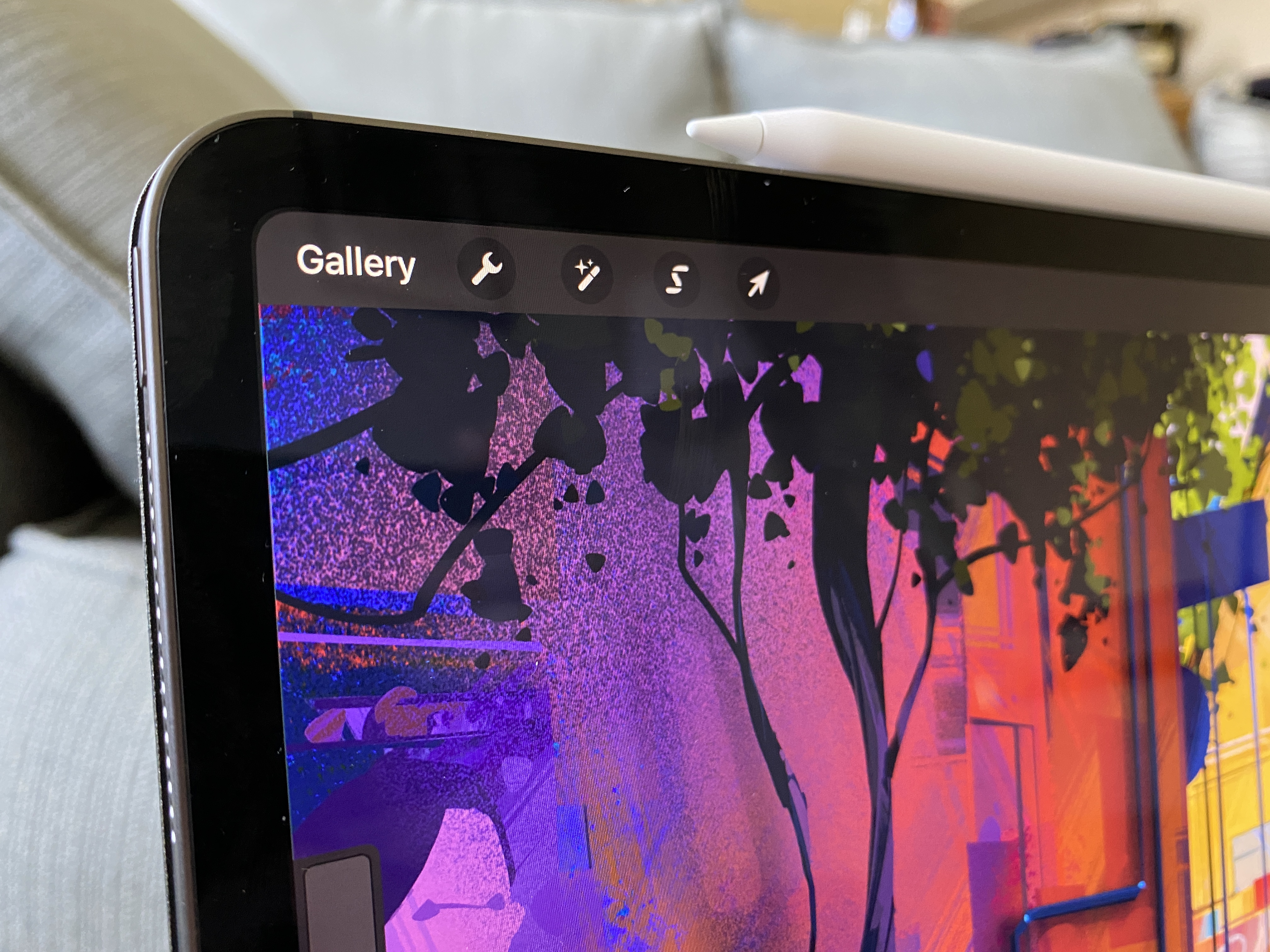 The display – which Apple has branded 'Liquid Retina' – is unsurprisingly stunning.

It's extremely colour-accurate and very bright, so artists and editors should have few complaints.

And Apple has brought back the 120Hz refresh rate from the older iPad Pro, which makes scrolling smooth and responsive.

You also get the usual Apple screen mainstays, including True Tone (for correct colours depending on lighting) and Night Shift (for reduced blue-light before bedtime).

The standard iPad Pro Smart Keyboard docks on the back of the device using the built-in Smart Connector.

It works as a case and keyboard at the same time, and is fine for most users.

But Apple has also debuted the Magic Keyboard, which has a built-in trackpad and suspends the iPad in a perpetual "hovering" state using magnets.

The keys are also more akin to the ones you'd find on a MacBook, which will likely suit anyone who spends much of their day typing.

We haven't had a chance to test this new keyboard yet however – Apple isn't shipping it until May 2020. 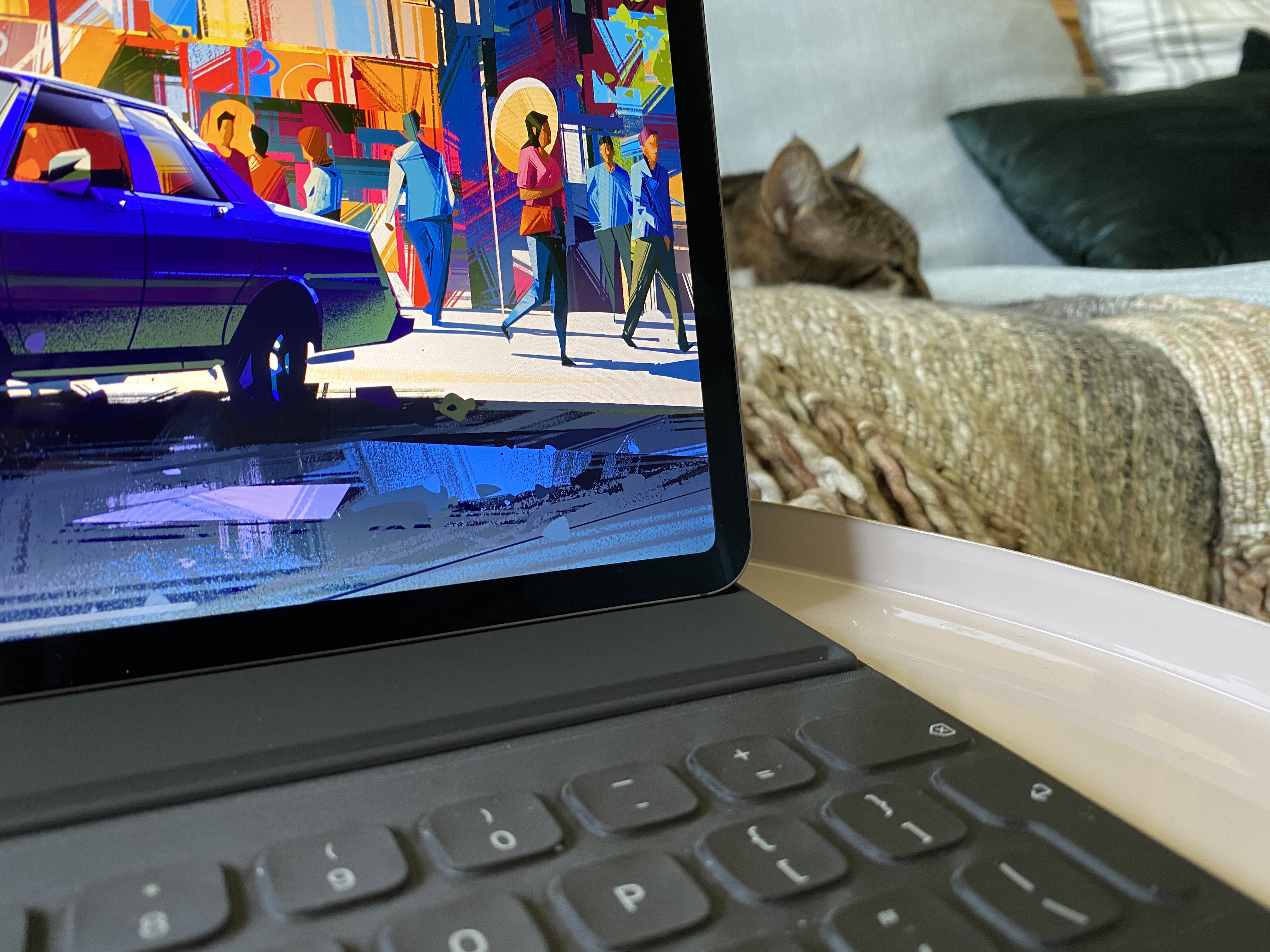 You've got a seriously powerful camera set-up on the back.

That makes for very impressive snaps, but that's not all.

Perhaps the biggest change to the camera set-up is the addition of a LiDAR Scanner.

It works at distances of up to around 16 feet on the iPad Prom, and will likely be hoovered up by makers of augmented reality apps.

The LiDAR hasn't been picked up by loads of apps yet, but the potential is huge.

For instance, Apple has already integrated it with the Measure app – which lets you take measurements using your device camera.

Measure works just fine on a regular iPhone or iPad, but it can be a little slow to get started.

With the new iPad Pro, I was able to take very precise measurements at really weird angles – from right across a room.

I double-checked these read-outs using a tape-measure and they were all extremely accurate, though occasionally I picked up a discrepancy of a few millimetres at objects facing away at sharp angles – and at a distance. 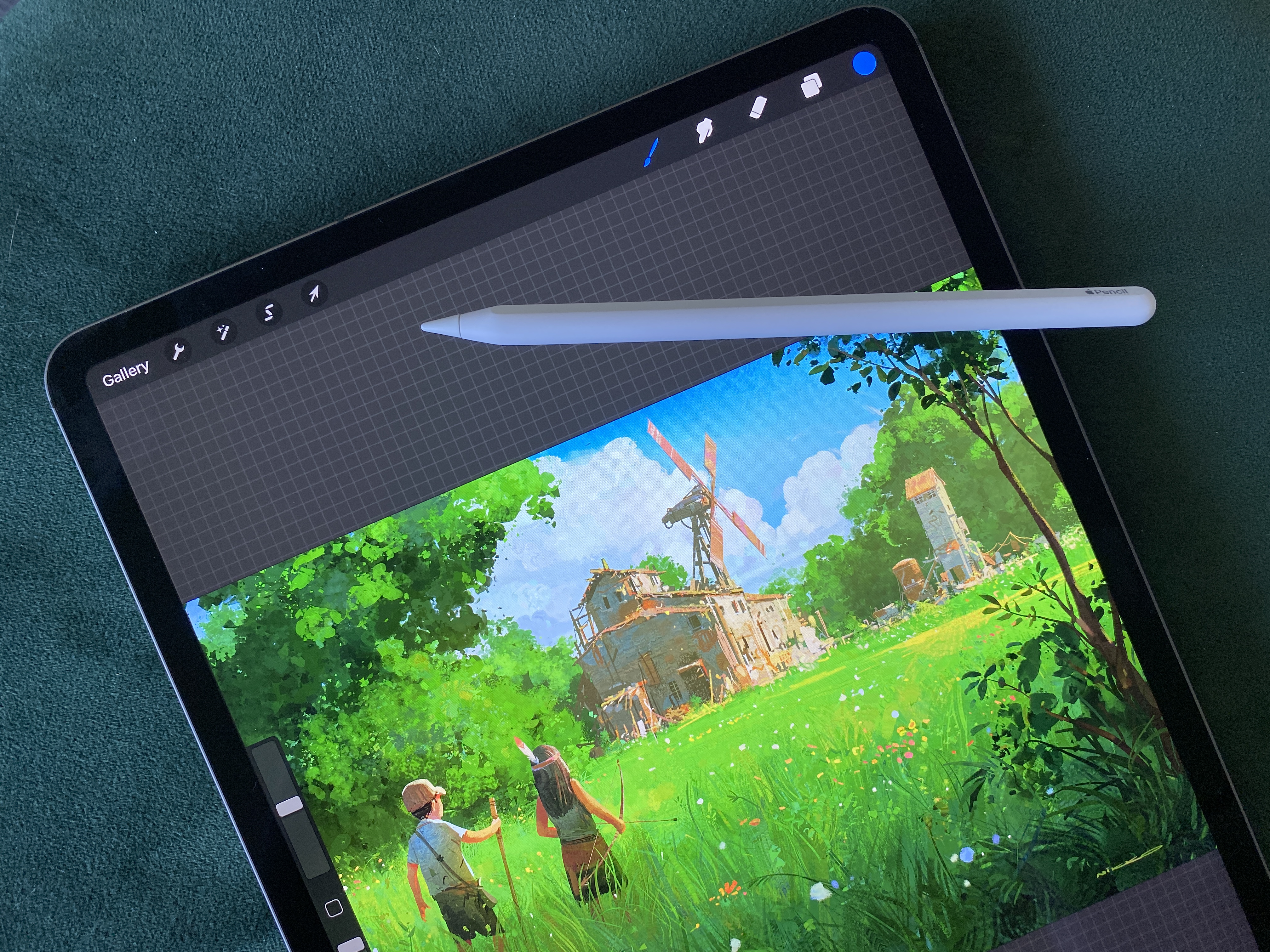 And a neat little addition are the five "studio-quality" microphones.

I tried recording a couple of songs on my guitar and the quality was extremely clear, but it's hard for anything to match a true studio environment.

Still, it's a fantastic perk that will probably help support a booming industry of amateur musicians, podcasters – and those wacky ASMR YouTubers.

It was something sorely missing from Apple's laptop replacement – holding it back ever so slightly from perfection.

A trackpad-toting keyboard from Apple is on the way, but you can connect a Magic Trackpad to the iPad Pro in the meantime.

The trackpad largely works like a MacBook trackpad does, offering similar gestures and shortcuts.

It leaps clearly over one of the final hurdles for laptop die-hards who have so far resisted the temptations of an iPad Pro. 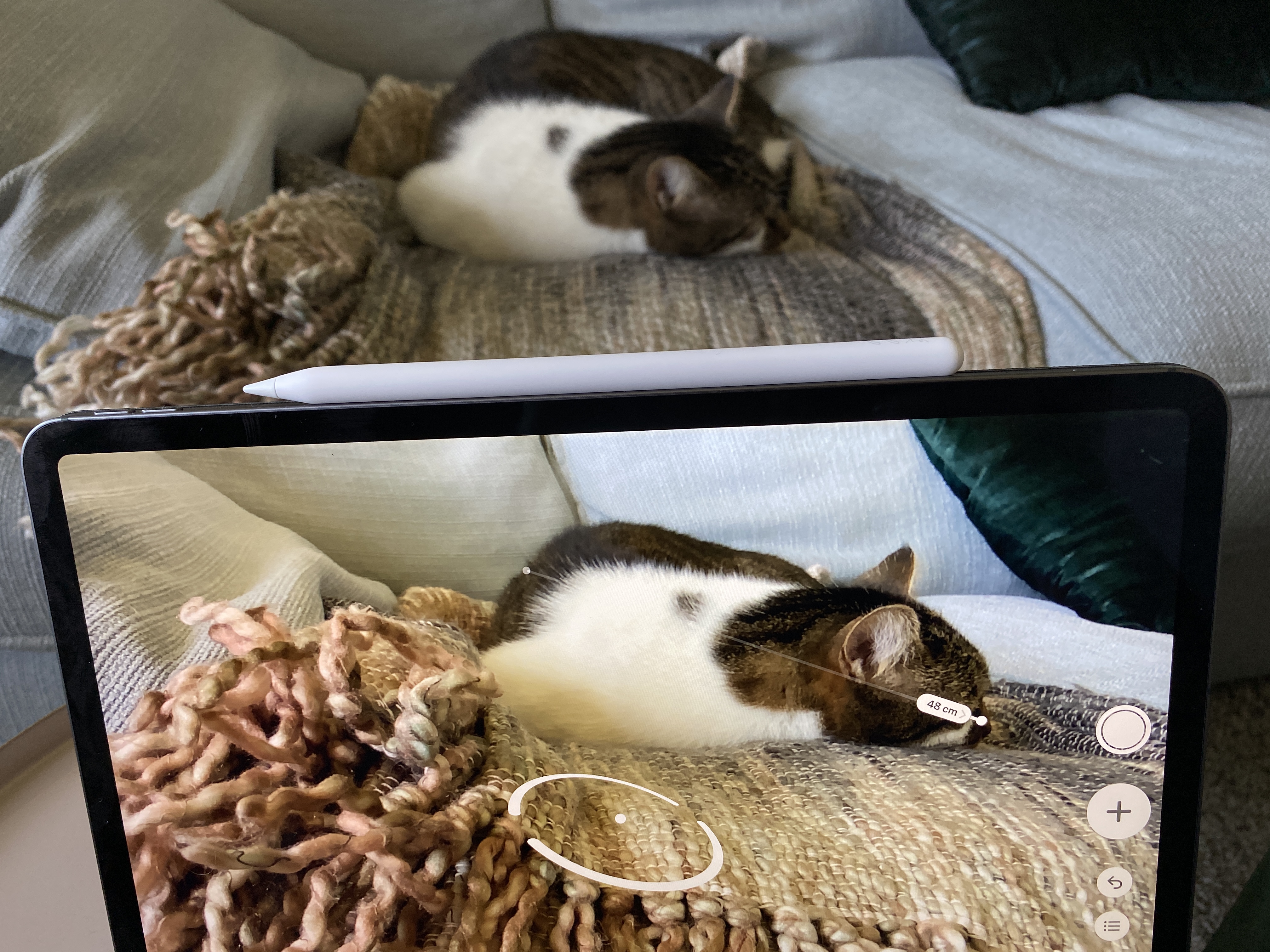 Lastly, the iPad Pro comes equipped with a USB-C port for charging.

It's an increasingly popular connector type and has already been adopted on several iPads and MacBooks – but not the iPhone (yet).

Many Windows and Android devices also use USB-C, so it's a great decision as these cables will only become more common in the next few years.

First off, there are several ways you can spec out your iPad.

It comes in Space Grey and Silver colour options, which are probably the most work-safe paint jobs.

You can get storage capacities including 128GB, 256GB, 512GB and 1TB – the latter of which is more than enough for most users.

And you can choose WiFi-only or 4G options too.

Boosting the specs of your iPad comes at a cost, with the most expensive model coming in at just over £1,600.

For many, the base spec will be enough – but it'll really depend on how you want to use the device. 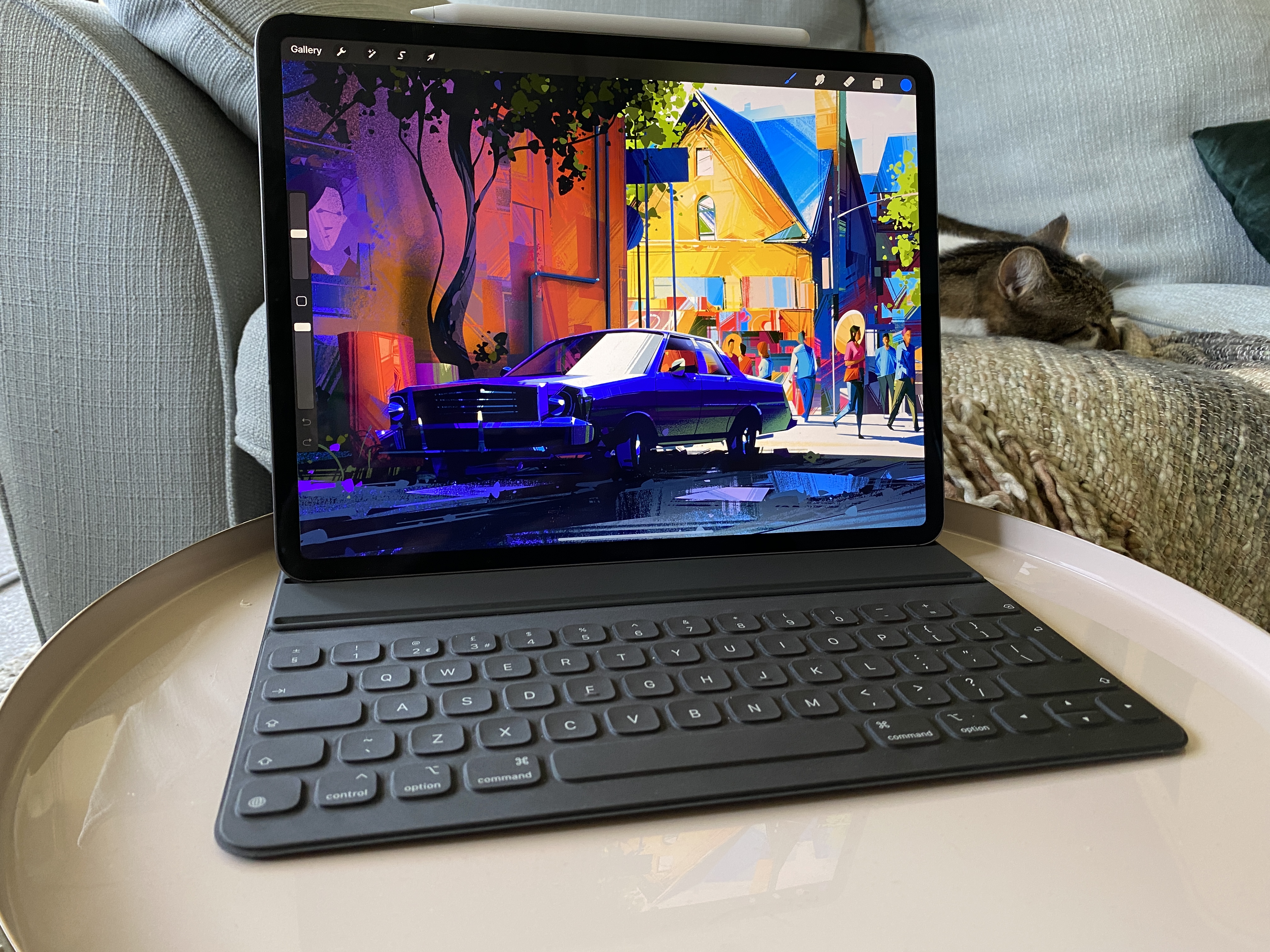 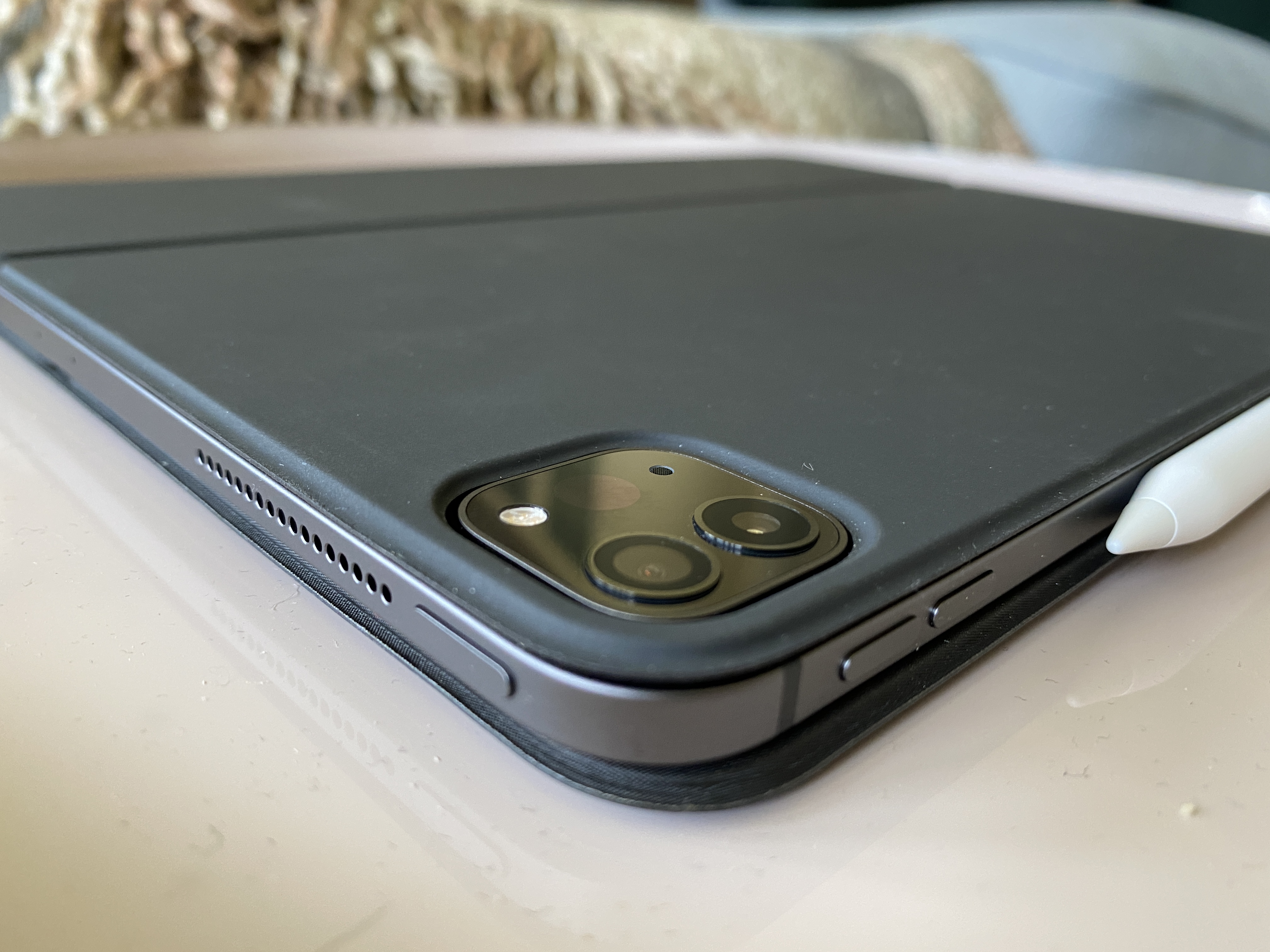 Apple has upgraded the A12X chip inside the iPad Pro 2018 for the new iPad Pro.

It's dubbed the A12Z Bionic, with an eight-core GPU, improved thermal architecture (for handling heat, basically), and a handful of other tweaks.

This means the new iPad Pro is certainly faster than the old model, but the jury is out on how much.

Most tests suggest the difference is minor, but that's not hugely problematic as the both models (old and new) are blisteringly quick.

Editing photos or videos, using massive Procreate canvases and playing hi-res games are all easily managed by the iPad Pro 2020.

For all casual users – and for many pro users – there is enough computing power here to ditch a laptop, and in some cases a desktop.

At the very least, this device is fast enough that you can lug it around instead of a bigger MacBook Pro for many users. 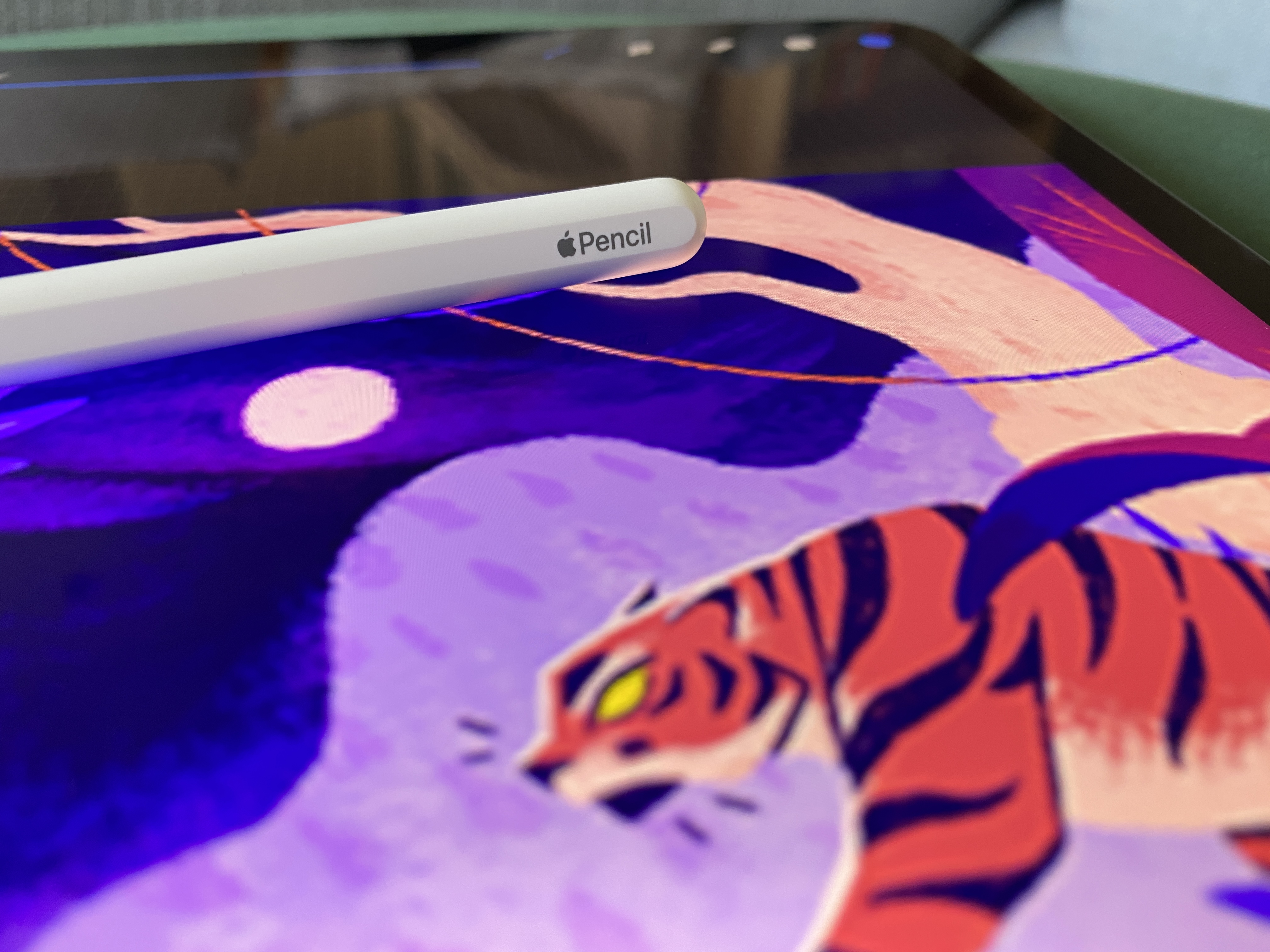 I've been able to use the iPad Pro as my main device for work and downtime with minimal disruption – it just took a few hours to get used to.

And I've also used it as a second display for my MacBook, which is also a great productivity booster.

Battery life is listed as the same 10 hours promised before.

I've had no problem using the device to get me through a work day. And the USB-C charger powers the gadget up quickly enough, if you're running dry.

Of course, your mileage may vary – don't expect to shoot non-stop video for 10 hours or you'll be sorely disappointed.

The iPad Pro released in 2018 was a truly exceptional tablet, and arguably the best on the market.

But it wasn't perfect (as no device ever is).

Apple has reached ever close to true greatness however, adding a more powerful camera system and support for trackpads.

It's increasingly difficult to justify picking up a similarly powerful Windows laptop, given the versatility of the new iPad Pro.

And don't forget: the iPad Pro is a great second-device for real pro users who also have a main computer.

Being able to move around with the iPad, and then hand-off whatever you're doing back to a main computer is a real boon to productivity.

And you can even use the iPad Pro as a razor-sharp second-screen for a MacBook or iMac using Apple's Sidecar feature.

The other big benefit is that the iPad feels very familiar to Windows users in a way that a MacBook might not.

So anyone switching from Windows would likely have an easier time picking up the iPad Pro – versus a Mac device outright. 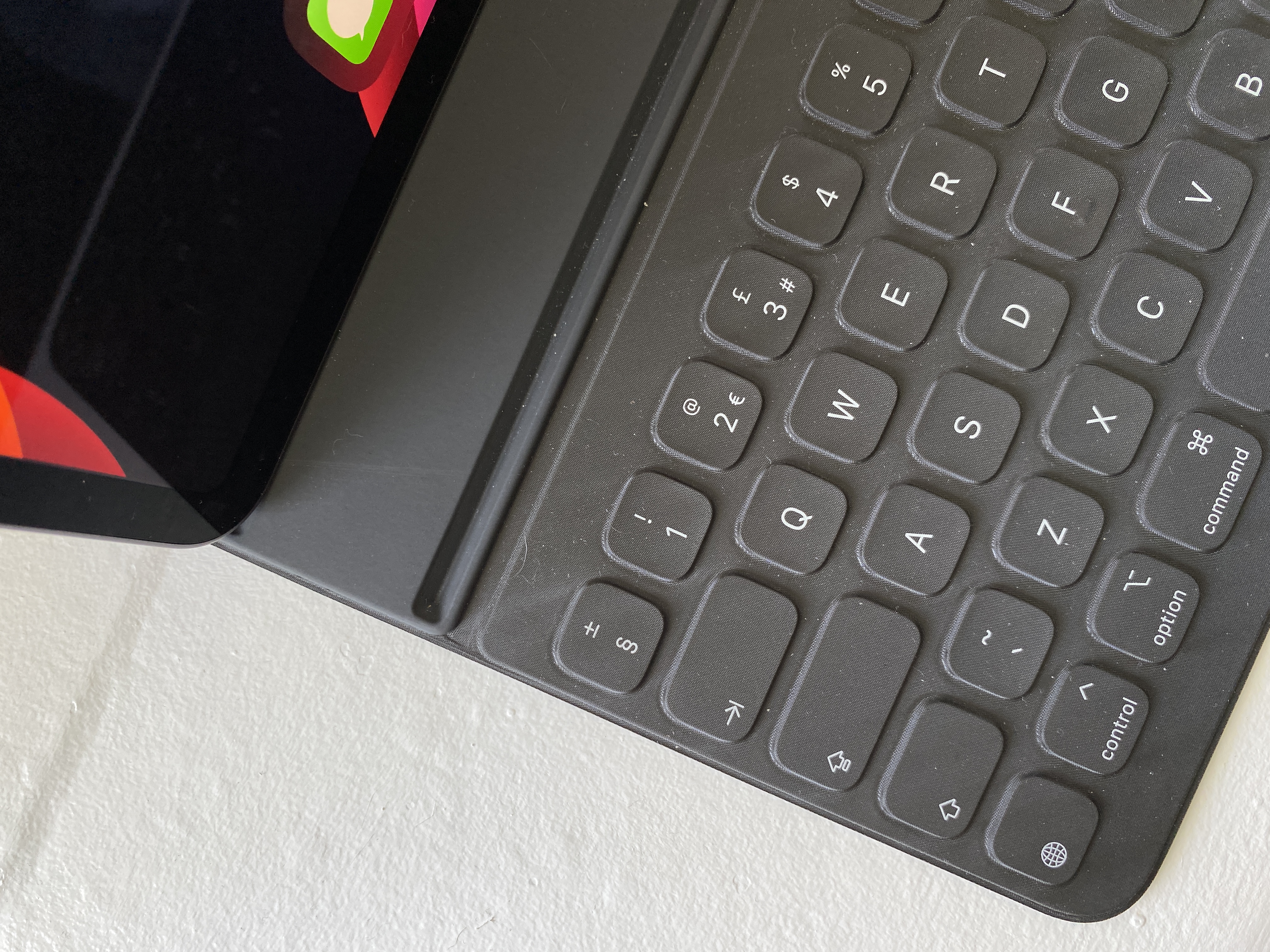 Anyone looking for a cheap and decent tablet should simply go for the entry-level iPad, which costs just north of £300.

And to get something cheaper still, there are respectable Android options on the market.

But this new iPad Pro is aimed at people who want a proper machine – either for work or play – that handles anything you chuck at it.

You'll pay more for a quality device like this, but it's such a well-made gadget that you don't feel like you're being ripped off.

The Sun says: Apple has taken the most powerful iPad yet and given it loads of new tricks that will be loved by pro users and casuals alike – and the price remains reasonable to boot. Hard to knock, but that's no surprise. Undoubtedly the best tablet ever made. ★★★★★

The new iPad Pro is on sale from March 25.

In other news, find out how to disinfect your iPhone without breaking it.

Apple recently invented a futuristic concept iPhone with no ports or holes.

And find out how to Group FaceTime with an iPhone or iPad.

Are you tempted by Apple's new iPad? Let us know in the comments!