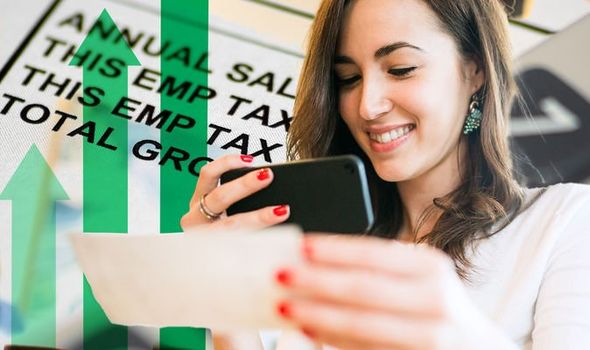 It means a pay rise of 6.6 percent, more than twice the current consumer price inflation rate of 3.1 percent, for minimum wage workers who are aged 23 and over. HM Treasury confirmed the increase today, stating it would mean an extra £1000 a year for a full-time worker.

Chancellor of the Exchequer Rishi Sunak said: “This is a government that is on the side of working people.

“This wage boost ensures we’re making work pay and keeps us on track to meet our target to end low pay by the end of this Parliament.”

It comes just days ahead of Mr Sunak delivering his 2021 Autumn Budget and Spending Review on Wednesday October 27, where he is expected to confirm the rise.

The Chancellor is also set to announce a wage rise for those under 23, HM Treasury said.

The minimum hourly wage for an apprentice will also increase,going from £4.30 to £4.81 an hour – a nearly 12 percent boost.

The Government has come under pressure to help low-paid employees and younger workers, who are among the worst hit during the coronavirus crisis.

Through these changes, which HM Treasury said are broadly consistent with previous increases, the Government accepts all recommendations made by the Low Pay Commission – an independent advisory board which brings together economists, employer and employee representatives.

Earlier this year, National Living Wage was extended to those aged 23 and over, having previously only applied to people aged 25 and older.

For workers who are aged 22 and under, the minimum wage applies, although they must be school leaving age to get it.

The hourly National Minimum Wage rate is £4.62 for under 18s.

Apprentices meanwhile, can get a National Minimum Wage of £4.30 per hour.

Apprentices are entitled to the apprentice rate if they’re either: