Left-wing MSNBC is struggling to attract viewers as its liberal hosts no longer have a Republican president to vilify.

It was also MSNBC’s worst non-holiday weekday total day performance in over a year, and multiple programs hit historic lows as a result. 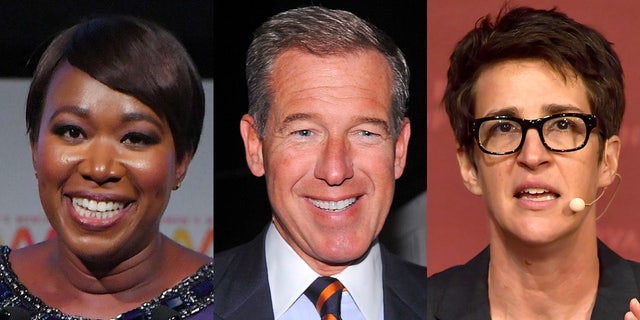 Joy Reid’s “The ReidOut” had its worst week ever, setting weekly lows in both total viewers and the key demo. She lost a staggering 61 percent of demo viewers compared to the week of Feb. 8, when MSNBC viewers flocked to televisions amid former President Trump’s second impeachment trial.

MSNBC’s primetime lineup thrived during the Trump presidency, particularly with its focus on accusations of Russian collusion during the 2016 election. But with President Biden in office, Trump’s second impeachment trial over, and Democratic New York Gov. Andrew Cuomo dominating headlines with multiple scandals, viewers have turned away.

MSNBC’s primetime lineup finished last week down 49 percent among the demo compared to the week of Trump’s impeachment, while the network’s total day viewership finished down 57 percent among viewers aged 25-to-54.

Chuck Todd’s “MTP Daily” hit a five-year low among the demo, with its worst performance among the group most coveted by advertisers since the week of April 11, 2016.

“The 11th Hour with Brian Williams” had its worst performance among the key demo since the week of Feb. 10, 2020.

Finally, MSNBC flagship morning program “Morning Joe” had its worst week among both total viewers and the demo since the week of Feb. 24, 2020. “FOX & Friends” topped “Morning Joe” among the demo for the fourth consecutive week.

Fox News finished the week with double-digit percent advantages over MSNBC for both categories with both total day and prime.