Home » Movie theaters are reopening. We asked an expert if it's safe to go

Movie theaters are reopening. We asked an expert if it's safe to go

New York (CNN Business)Governor Andrew Cuomo announced Monday that movie theaters would reopen in New York City next month, welcome news for an industry that has been battered by the coronavirus pandemic for nearly a year.

New York has long been one of the most important markets for movie theaters. With it reopening for business, studios may be more inclined to release big films that theaters desperately need to lure in customers. Since the pandemic, these type of films have either been delayed or offered via streaming services.
Theaters would also have a shot at pulling themselves out of the financial tailspin they’ve been in since last March. Going to the movies again— one of America’s most beloved cultural institutions — could fend off the industry’s extinction.

But will anyone show up?
“That’s the $64,000 question, isn’t it?” Jeff Bock, senior analyst at entertainment research firm Exhibitor Relations, told CNN Business.

Bock said that the next two months — March and April — will be the “true testing ground for audiences.” If consumer confidence is high enough,” he added, the industry may get its “ultimate wish” — a summer movie season.
However, theaters face a number of hurdles.

For starters, Cuomo is opening theaters at 25% capacity, so turning a profit will be a challenge, at least for the next few months.
And just because New York is reopening its theaters doesn’t mean that studios will stop postponing their films. Hollywood may still be hesitant to release potential blockbusters like Marvel’s “Black Widow” or Universal’s next “Fast & Furious” movie, “F9,” until Los Angeles, the second pillar of the US theater industry, is fully operational. That could take quite some time.
“What we all went through — what some of us that aren’t vaccinated are still going through — is going to take time to reconcile and heal,” he said. “What that likely means is a slow ramp up as we fade in on the hallowed ground that is the summer season.” 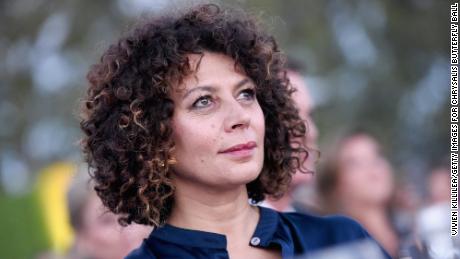 Major chains like AMC (AMC), Regal and Cinemark (CNK) find themselves with a chicken-and-egg problem. They need big movies to bring in audiences, but studios need audiences to release big movies. You can’t have one without the other.
Studios, meanwhile, have experimented with their business’s future by releasing films in consumer’s living rooms rather than the cineplex. Disney did this with “Mulan” via Disney+, albeit for an extra charge, in September. Warner Bros. took it a step further by announcing in December that it would release its entire 2021 slate on HBO Max, WarnerMedia’s new streaming service. (WarnerMedia is the parent company of CNN.)
So theaters are in a double bind: not only do they have to win back audiences, but they have to prove to studios that theatrical releases makes financial sense.

Yet, for the first time in a long time, there’s a glimmer of hope.
“We’re talking about a massive step forward for the business,” Shawn Robbins, chief box office analyst at Boxoffice.com, told CNN Business. “This is the next noteworthy benchmark in the transition back to some sense of normality… Once the two biggest players with New York and L.A. are back on the field, sustained revitalization will follow.”
Evidence from other countries suggests that audiences want to return to the movies, Robbins added.
For example, Chinese cinemas are back in business, and crowds have shown up. China’s box office had a better Lunar New Year holiday earlier this month than last year, despite some theater occupancy restrictions. 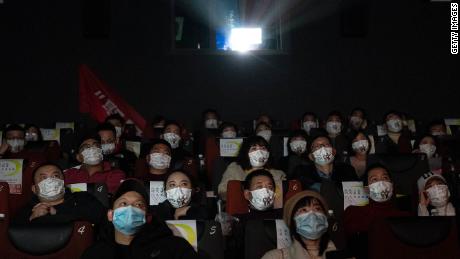 “China is a prime example right now of how moviegoing can rebound in record-breaking ways after a tragic crisis,” Robbins added. “The lack of zeitgeist-capturing feature films over 11 months of lockdowns has underscored the unique impact a communal experience outside the home can produce. Absence makes the heart grow fonder, after all.”
But the pandemic isn’t over just because New York is opening movie theaters.
The virus remains a significant part of American life, and the US is still far from a critical mass of vaccinations. On Monday, the US passed the devastating milestone of 500,000 lives lost to Covid-19.

Now, Bock added, it’s up to “each individual and family to decide” if going to a movie is worth it.
“What I hope the industry continues to do is give audiences the choice,” he said.
Source: Read Full Article