Motorists furious as huge 9.5ft wide cycle lanes open on both sides of busy A-road while cars squeeze in 10.6 lanes

MOTORISTS are furious after huge 9.5ft wide cycle lanes are built on both sides of a busy A-road while cars now squeeze into roads just 10.6ft wide.

And even cyclists are perplexed by the new layout, claiming the cycle lanes are rarely used, excessively big and costly. 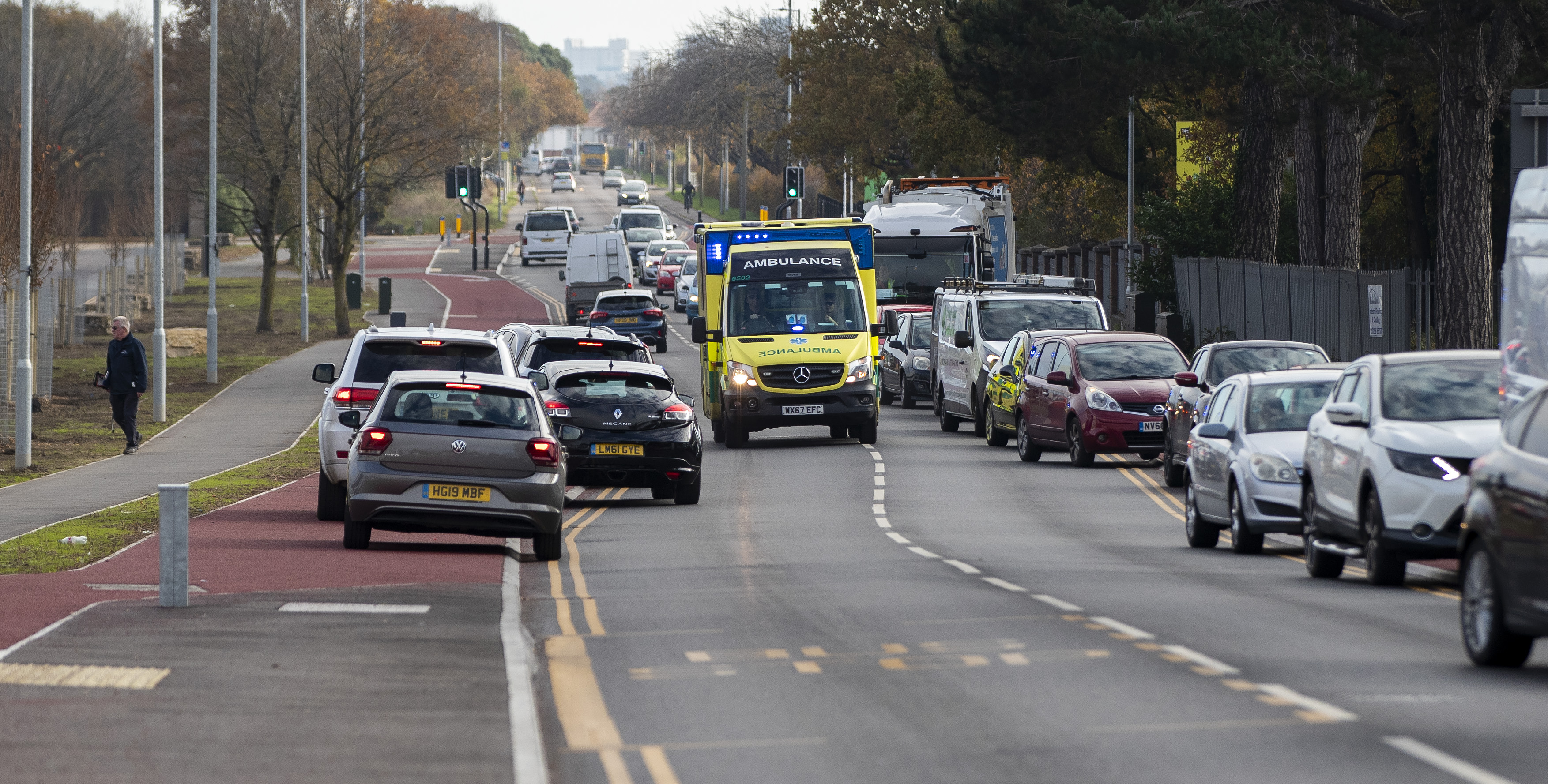 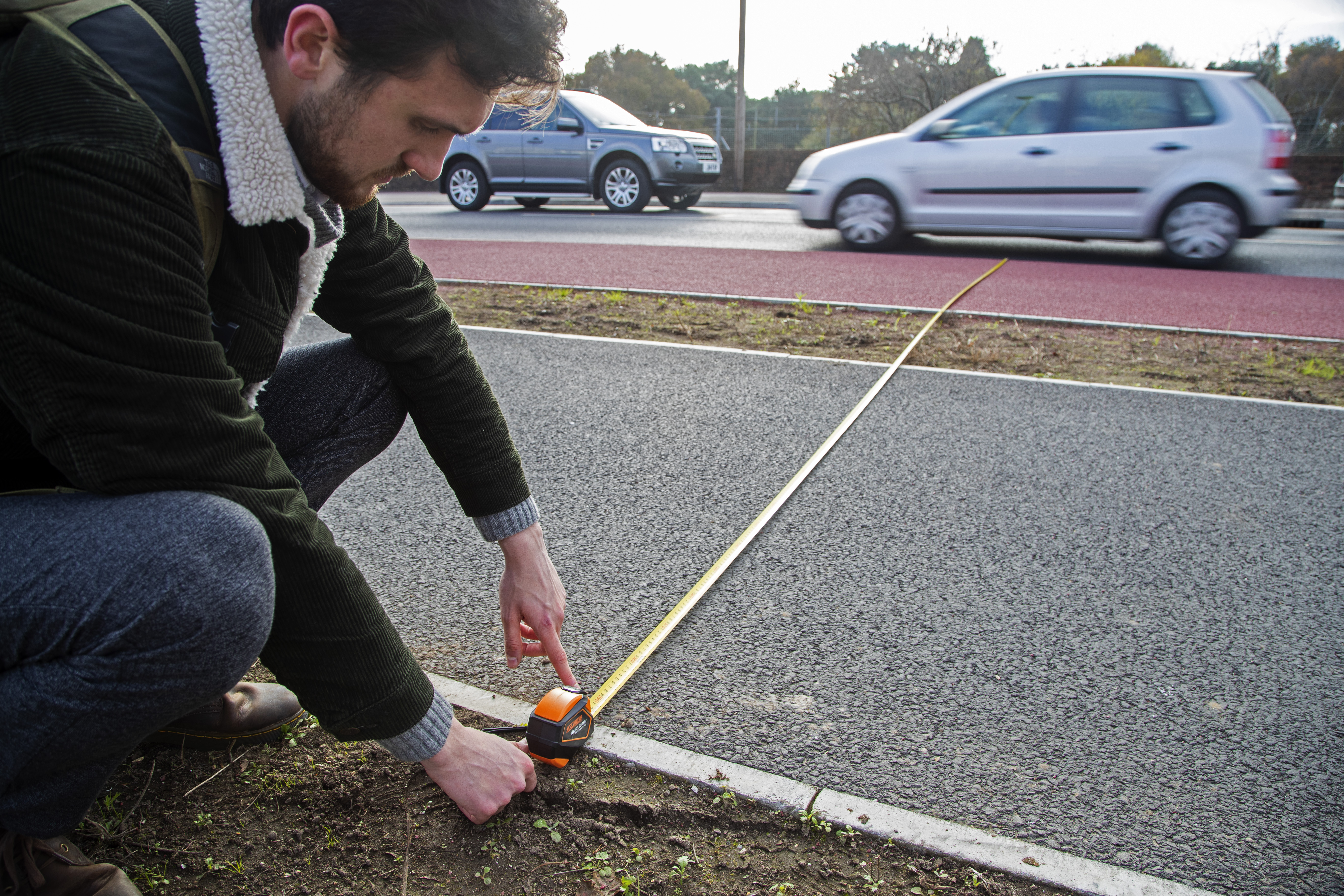 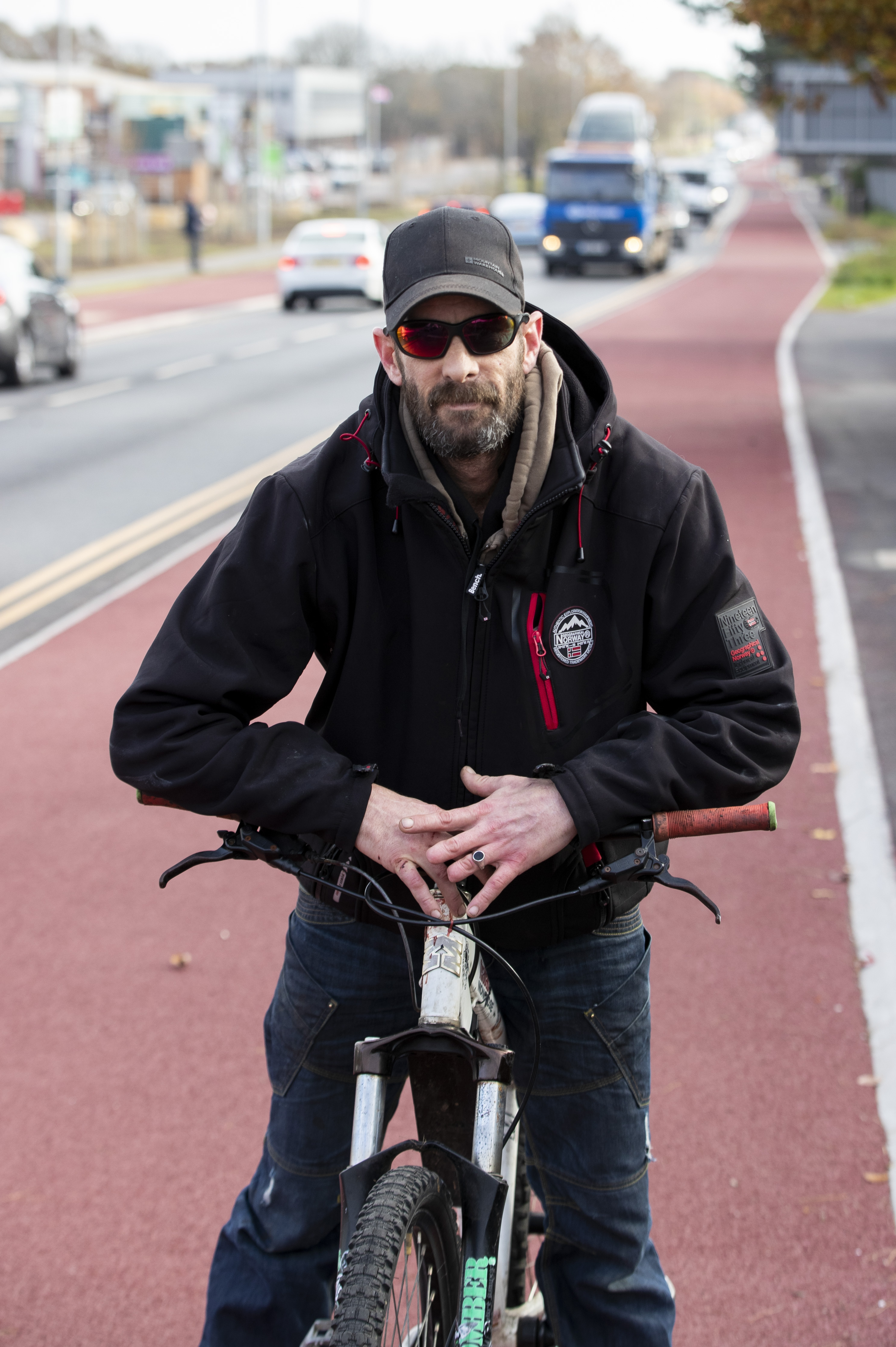 Cyclists and walkers on the Dorset road now enjoy a combined 33ft of room while the carriageway for cars, buses, lorries and emergency vehicles has been narrowed to 10ft 6ins per lane.

In a one hour period during the middle of a working day, only six cyclists were seen on the dedicated paths.

As a result, drivers have seen pulling over onto the cycle lanes to make way for police cars, ambulances and fire engines, running the risk of colliding with a bike.

The local council said the cycle lanes were so wide in order to "protect cyclists from road users."

The sea of bright red Tarmac on the A3049, which is one of the main routes into Bournemouth, Dorset, is part of a £1m plan to make travel more sustainable across south east Dorset.

Martin Hiscock, who regularly cycles down the road, even agreed they were too wide. The 41-year-old said: "I don't know why there needs to be two on both sides of the road.

"You've got loads of lorries which come up and down here – I don't know whether they [the council] are trying to slow down traffic to make things safer.

"I've never known a cycle lane to be this big. I think it's far too much. Normally they're the width of a pathway."

One driver, works at an army barracks on the same road said: "Several people have already driven out of the barracks and almost hit cyclists because they don't realise it's a cycle lane as there is a lack of markings or signage.

"It's often in the evening when its dark and they're riding with barely any lights.

"It gets very busy here with parents dropping off cadets, troops coming and going. It is extremely dangerous.

"There's a lack of attention and foresight for the whole plan."

He explained: "For something so wide there is far less bike traffic than you would expect. You just don't see the volume of cyclists it was designed for.

"The whole thing looks unsightly and a mess."

A spokesman for Bournemouth Christchurch and Poole Council claimed there had been a 40 per cent increase in bike usage since the new paths were opened.

They said: "The cycle tracks are defined with sloping kerbs which will allow general vehicles to occasionally drive onto the cycle track and offer safe and quick passage of emergency vehicles.

He said: "If people keep having accidents, they are going to keep narrowing the roads so that motorists can't hurt anyone – these cycle lanes are keeping cyclists safe from the traffic." 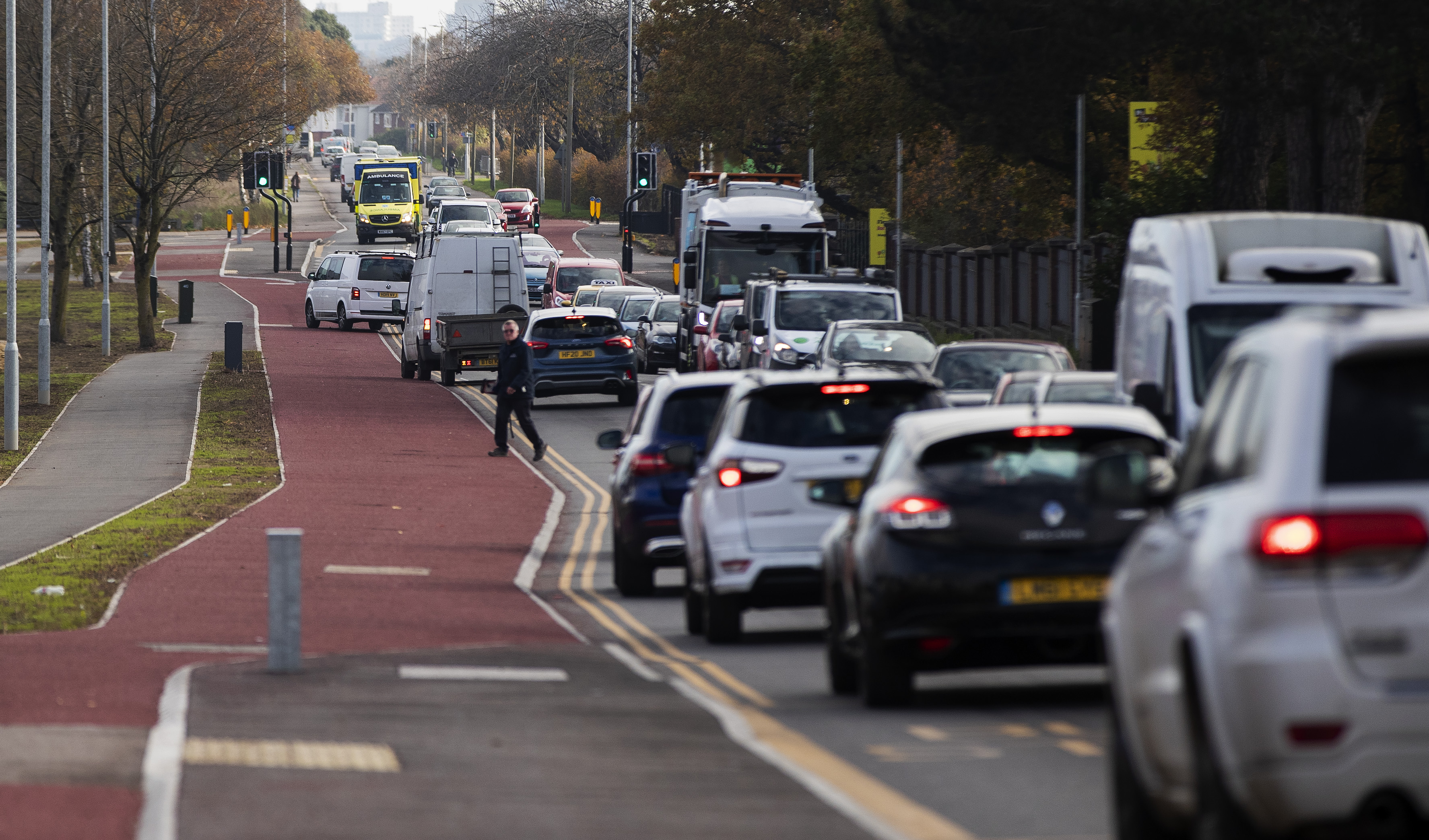 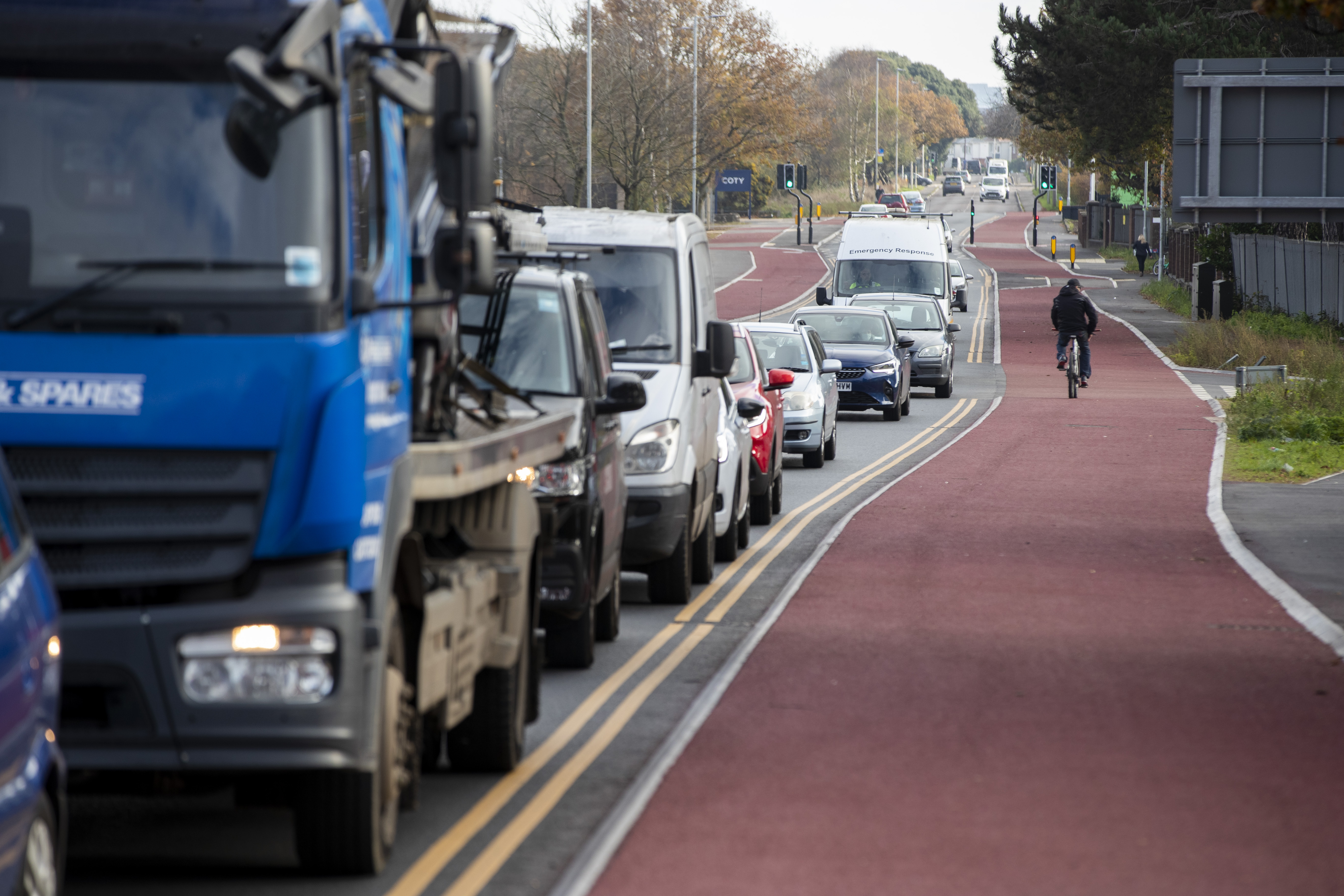