Republican Sen. Mitt Romney on Monday proposed sending out a $1,000 check to every American adult to help deal with the increasingly painful economic fallout of the coronavirus.

“Every American adult should immediately receive $1,000 to help ensure families and workers can meet their short-term obligations and increase spending in the economy,” the Utah senator and 2012 GOP presidential nominee said in a statement. “While expansions of paid leave, unemployment insurance, and SNAP benefits are crucial, the check will help fill the gaps for Americans that may not quickly navigate different government options.”

The direct payments were part of a package of ideas from Romney, who also proposed providing grants to small businesses, loan deferrals to recent graduates, mandating that health insurers cover telemedicine and beefing up Pell grants to take the recent epidemic into account.

Most economists now agree that the U.S. is likely headed into a recession because of the business slowdown tied to the coronavirus. Layoffs have already begun in sectors like travel and hospitality, and stock markets are falling.

The money gives people “a little buffer. And a little time,” said Claudia Sahm, director of macroeconomic policy at the Washington Center for Equitable Growth and a former section chief at the Federal Reserve, who has researched the effectiveness of direct payments during recessions.

“I’ve talked a lot in the last several weeks about how direct payments to households are a good idea in recession,” Sahm said Monday. “Now I think it’s highly likely we’re in a recession and they’re a good idea now.” 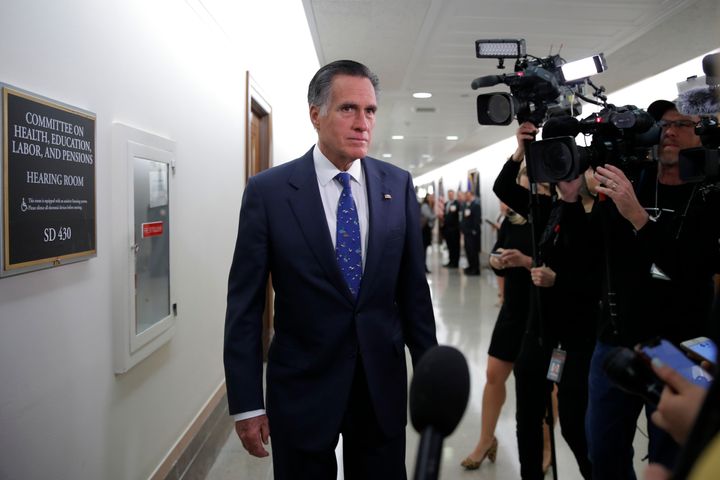 Sahm noted that the federal government doesn’t quite have the infrastructure at the ready to simply mail out checks tomorrow. She suggested a patchwork of options ― including letting companies adjust withholding in workers’ paychecks and having the IRS send out tax rebate checks.

Sending out funds is not unprecedented. Then-President George W. Bush sent out direct payments to Americans in 2001 after the dot com bubble burst and in the wake of the 2008 financial crisis. Subsequent research showed that the payments helped lessen the pain of the crisis.

While economists have keyed into the idea of sending out money, only three other lawmakers have so far proposed direct payments to Americans to deal with the pandemic. Democratic Reps. Tim Ryan of Ohio and Rho Khanna of California proposed sending out checks to Americans earning less than $65,000 a year. Sen. Sherrod Brown (D-Ohio) tweeted a similar proposal.

But thus far, the idea has not caught on more broadly in Congress.

Little has been done for workers who face layoffs, cutbacks at work and the added pressure of having their kids home from school.

The Senate is expected to vote this week on a package that would offer a boost to unemployment insurance and food stamps, as well as very limited paid sick leave for workers at small businesses.

Romney said Monday that he supports the legislation but wants to do more.

“The House coronavirus response package contains critical measures to help families in Utah and across the nation in the midst of the coronavirus outbreak, and the Senate should act swiftly on this legislation,” he said. “We also urgently need to build on this legislation with additional action to help families and small businesses meet their short-term financial obligations.”

Keep up with the latest updates on the coronavirus at our live blog.