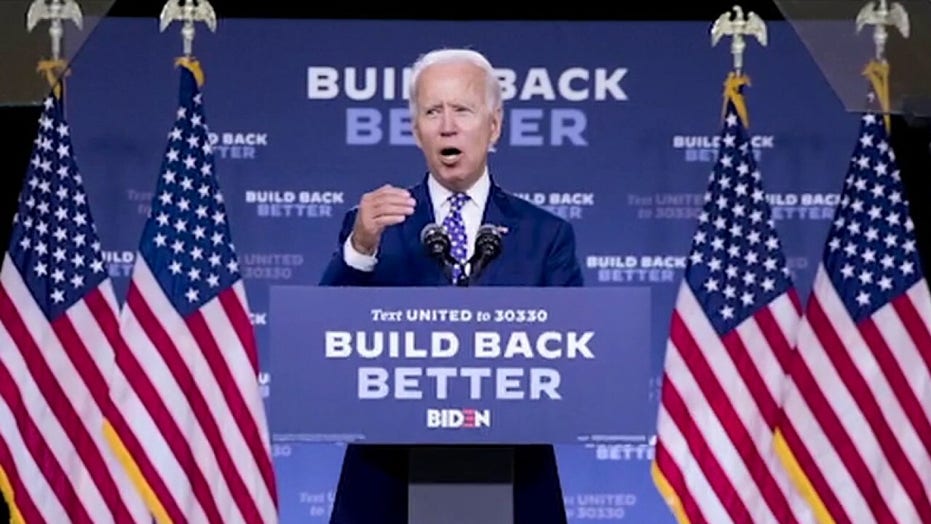 A Minnesota nonprofit that saw a huge windfall in donations during the protests and riots that followed the death of George Floyd in the custody of the Minneapolis Police Department reportedly has been putting up money to bail out people charged with serious violent crimes, including sexual assault, attempted murder and murder.

A new FOX 9 report shows that among the people helped by the Minnesota Freedom Fund (MFF) – which received donations from a number of Joe Biden campaign staffers as it saw a $35 million fundraising windfall in the weeks after Floyd’s death – are Darnika Floyd, who was charged with second-degree murder after allegedly stabbing a friend to death, and Christopher Boswell, who is facing charges of sexual assault and kidnapping. The group put up $100,000 on behalf of Floyd and $350,000 on behalf of Boswell.

In response to the revelation, the campaign for President Trump reprised criticism that Biden has been “taken over” by the far left of his party.

“As vice president, Joe Biden oversaw cuts to police funding and now as a candidate he says he wants to redirect funding away from police,” Trump campaign communications director Tim Murtaugh said in a statement. “His staff mocked police as worse than ‘pigs,’ called for defunding the police, and now we know his campaign helped bail out violent criminals, rapists and would-be cop killers. Biden is incapable of bringing our country together because he has been taken over by the radical left. He is actively putting Americans’ lives at risk by making our streets more dangerous, cops’ jobs more difficult, and families less safe.”

Biden on his website says he opposes the cash bail system that groups like MFF essentially serve as an end-run around. His website labels it “the modern-day debtors’ prison.”

Biden’s site continues: “The cash bail system incarcerates people who are presumed innocent. And, it disproportionately harms low-income individuals. Biden will lead a national effort to end cash bail and reform our pretrial system by putting in place, instead, a system that is fair and does not inject further discrimination or bias into the process.” 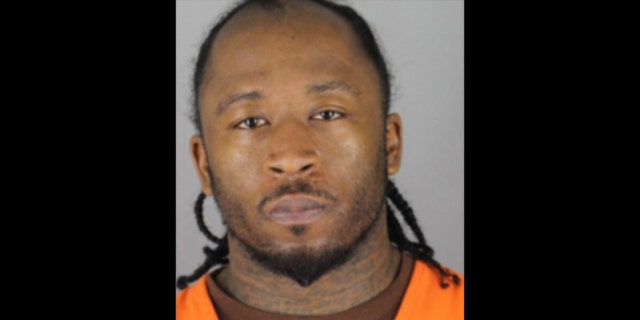 Christopher Boswell was previously prosecuted for rape by Amy Klobuchar when she was Hennepin County attorney and has been convicted twice. He is currently facing charges for kidnapping, and sexual assault. His bail was paid by Minnesota Freedom Fund, which many Joe Biden campaign staffers tweeted that they gave money to earlier this year. (Courtesy Hennepin County Sheriff)

FOX 9 also reported that Jaleel Stallings, who is accused of shooting at police during the May riots, was bailed out by MFF for $75,000.  Donovan Boone, who was charged with invading the home of his ex and choking her, was bailed out for $3,000. Boone reportedly never showed up to his court date.

FOX 9 found the names of the accused violent criminals bailed out by MFF through a document in court records detailing an agreement that the people assisted by MFF will pay the bail money back to the group.

Boswell – whom MFF sprung for $350,000 – has been in the criminal justice system before. Then-Hennepin County attorney and now-Biden campaign surrogate Sen. Amy Klobuchar, D-Minn., prosecuted Boswell for rape in 2001. FOX 9 reported he had been convicted for rape on one other occasion as well.

The Biden presidential campaign and Klobuchar’s office did not immediately respond to requests for comment.

Bail funds like the MFF see the cash bail system in place in most of the United States as discriminatory and unjust, favoring those with financial means and incarcerating others who are awaiting trial and have not yet been convicted.

“Our current criminal justice system incarcerates hundreds of thousands of people every year for their inability to pay money bail,” a spokesperson for the National Bail Fund Network (NBFN) – of which MFF is an affiliate – told Fox News for a story on cash windfalls for groups like MFF in the wake of Floyd’s death. “As long as the pretrial detention and money bail system exist, community bail funds exist to get people free.”

“I often don’t even look at a charge when I bail someone out,” Greg Lewin, the interim executive director of MFF, told FOX 9 about his approach. “I will see it after I pay the bill because it is not the point. The point is the system we are fighting.”

He added: “A lot of people are saying ‘F the police… Those same people, quite frankly, should be thinking ‘F the courts,’ ‘F the jail’ because that is part of the same cycle.”

MFF, which raised so much money during the height of the protests and riots in the late spring that it asked people to stop donating to it, is not the only bail fund that saw a cash windfall. The NBFN said its organizations raised more than $75 million in a handful of weeks. In a three-week period, a spokesperson said “many individual bail funds have seen an increase of 100-200 times last year’s annual fundraising amount.”

That windfall is why MFF is able to put up so much money for people accused of much more severe crimes than it was able to before. According to FOX 9, MFF had assisted 563 people, paying an average of $342 per person before its fundraising boon. Since late May, it’s been able to help 184 people, shelling out an average of $13,195 per individual. Over 80% of those it has bailed out have been minorities, MFF told FOX 9.

The group will also be able to stretch its resources for a long time. Bail is returned if a person shows up for their court date, which means MFF could see the money it put up for people returned.