Michigan Gov. Gretchen Whitmer signed a bipartisan bill Thursday that calls for the removal of sales tax from feminine hygiene products in the state.

“After years of trying to repeal this tax, I am proud that we are bringing people together to put Michiganders first and drive down costs on these essential products,” Whitmer said in a statement. “Everyone should be able to take care of their most basic healthcare needs without an unnecessary added financial burden. Tomorrow, I will sign the second bill in the package to repeal this tax and cut costs for families as we usher in a new era of prosperity for Michigan.”

Tampons, pads and other period-related products had been subject to Michigan’s 6% sales tax because they were considered “luxury” items.

Michigan Gov. Gretchen Whitmer addresses to a joint session of the House and Senate, at the state Capitol in Lansing, Jan. 29, 2020.
(Associated Press)

“While it’s a small savings per purchase, those taxes have historically added up over a lifetime for one-half of Michigan’s population, and not the other. It’s a small change with a big impact,” Democratic state Sen. Mallory McMorrow said. 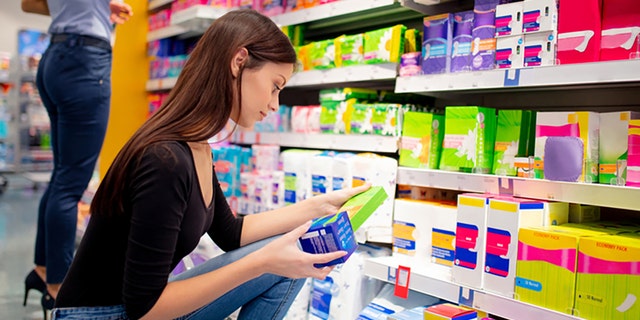 The Michigan tax exemption could save families up to $4,800 over their lifetime, a projection from the state said.

State Rep. Bryan Posthumus, a Republican, said he didn’t see the bill as a partisan or gender issue.

“This legislation allows us to reduce taxes while improving public health by eliminating an unnecessary tax on very necessary items,” he said. “This is about putting money back into the pockets of Michigan families – and we did that here.”

Some critics of the law worried it created unnecessary tax carve-outs, according to the Detroit Free Press.

The tax exemption could save families up to $4,800 over their lifetime, a projection from the state said.

The bill will cost the state around $6.3 million per year, which won’t be taken from school budgets, the House Fiscal Agency said, according to FOX 2 of Detroit. Annually, the state collects around $11 billion in sales and use tax collections.

The exemption will take effect in February.