(CNN Business)Executives from TikTok, Snap and YouTube were grilled by Senators on Tuesday about the steps their platforms are taking to protect their young users, weeks after a Facebook executive faced tough questions on the same issue.

Democrats and Republicans in the Senate Commerce subcommittee on consumer protection raised concerns that TikTok, YouTube and Snap (SNAP) have been used to harm kids and promote destructive acts, such as vandalism in schools, deadly viral challenges, bullying, eating disorders and manipulative influencer marketing. 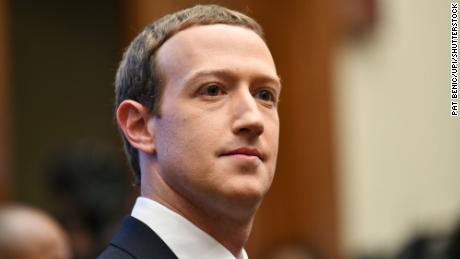 “In the weeks leading up to this hearing, I’ve heard from parents, from teachers, from mental health professionals who are all wondering the same thing: How long are we going to let this continue?” Republican Sen. Marsha Blackburn said.

The TikTok and Snap executives showed humility and acknowledged the need to do more to protect their platforms.

TikTok’s VP and head of public policy, Michael Beckerman, said it is working to “keep its platform safe and create age appropriate experiences” but added “we do know trust must be earned.”
“We’re seeking to earn trust through a higher level of action, transparency and accountability, as well as the humility, to learn and improve,” Beckerman said.
Jennifer Stout, Snap VP of global public policy, said the company is developing new tools for parents to better oversee how their children are using the app.
“We have a moral responsibility to take into account the best interests of our users and everything we do — and we understand that there is more work to be done as we look to the future,” Stout said. “We believe that regulation is necessary, but given the different speeds at which technology develops … regulation alone can’t get the job done.”
She added: “Technology companies must take responsibility to protect the communities they serve. If they don’t, the government must act to hold them accountable.”
Tuesday’s hearing marked the first time executives from TikTok and Snap, the parent company of Snapchat, have testified on Capitol Hill. The platforms, while smaller than rival Facebook, are nonetheless viewed as particularly attractive to younger users.
Facebook’s global head of safety, Antigone Davis, previously faced questions from the same Senate subcommittee about the “toxic” effect its platform Instagram has on the mental health of teenage girls, following a Wall Street Journal report based in part on internal research leaked by a Facebook whistleblower.

At the Facebook hearing, Davis did not commit to releasing a full research report, noting potential “privacy considerations.” She said Facebook is “looking for ways to release more research.”
On Tuesday, the Snap and TikTok execs said they would make internal research available to senators for review. Leslie Miller, YouTube’s VP of policy, did not commit to releasing any findings.
Source: Read Full Article