Home » World News » Mark Levin sends message to Georgia voters ahead of runoffs: 'You are our last line of defense'

Mark Levin sends message to Georgia voters ahead of runoffs: 'You are our last line of defense' 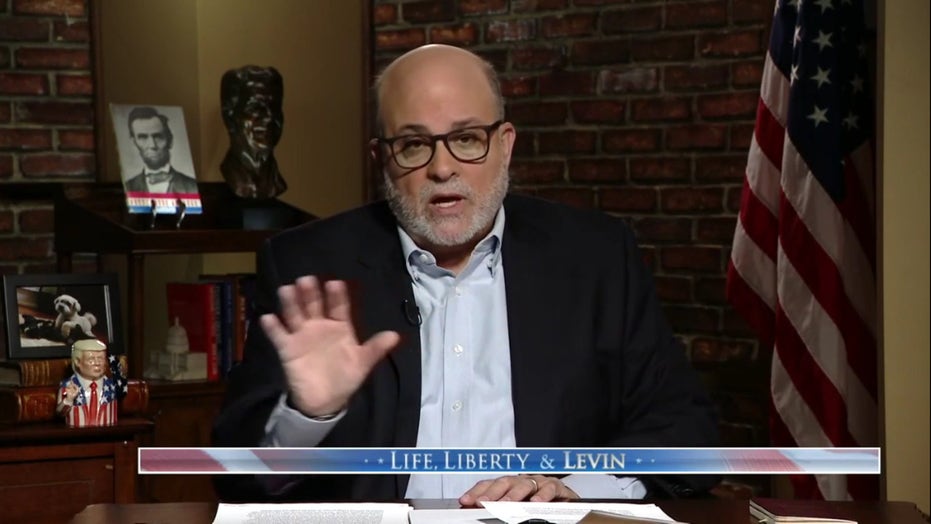 Mark Levin to Georgia voters: ‘You are our last line of defense’

Mark Levin sounded a clarion call to Georgia voters on Sunday's edition of "Life, Liberty & Levin," telling them: "You are our last line of defense when it comes to the United States Senate."

"If you have any inclination to sit at home [and not vote], you'd better stand the hell up," Levin said in his final show before the Jan. 5 dual runoff elections that will decide which party holds the upper chamber of Congress for the next two years.

One race that will be settled Tuesday pits Republican Sen. David Perdue against Democrat Jon Ossoff. The other contest matches GOP incumbent Kelly Loeffler and Democrat Raphael Warnock. Polls indicate that both races are extremely close.

"Whether you like these Republican candidates or not, it doesn't matter," said Levin, who added that he would "vote for an orange juice can over these radical, left-wing kooks."

The host went on to blast Warnock as "an anti-Semite" and "a race-baiter who clearly hates this country."

"Then you have the other kook [Ossoff], who's basically a trust-fund candidate," Levin went on. "He's 33 years old, he's looking to run for offices, his financial activities with communist China he will not reveal. … Do we have to wait until after the election to find this stuff out?"

Levin then rounded on President-elect Joe Biden and Vice President-elect Kamala Harris for campaigning on behalf of Warnock, who the host emphasized "has said outrageous things about Jews and the state of Israel."

"They're campaigning for him because the Democrat Party has an anti-Semitism problem," the host said. "But they don't want to recognize it and, of course, the papers are going to defend him."