EXCLUSIVE: Nick De Gregorio, a Marine veteran who served in combat in the wars in Iraq and Afghanistan, on Wednesday launched a Republican bid for the House against Democratic Rep. Josh Gottheimer of New Jersey, who the National Republican Congressional Committee (NRCC) views as vulnerable in the 2022 midterm elections.

“Right now, Washington just isn’t listening to us. Democrats like Josh Gottheimer, led by Nancy Pelosi, are shoving through inflationary spending bills with trillion-dollar price tags that Garden State families pay for in the form of skyrocketing grocery bills, rising energy costs, and pain at the pump,” De Gregorio charged in a statement announcing his candidacy,” which was shared first with Fox News.

De Gregoria took aim at President Biden, claiming the president “recklessly withdrew from Afghanistan, endangering American lives, and opened the southern border wide open with no regard to the humanitarian crisis he needlessly created.”

And he targeted what he argued is “the Democrats’ attempt to remake America in a woke, socialist image that replaces parents with government bureaucrats and robs future generations of the American Dream.” 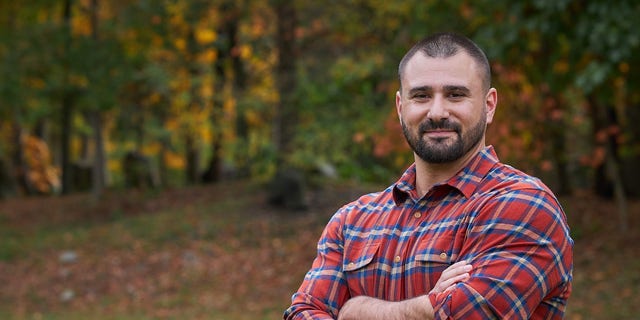 Nick De Gregorio, a Marine veteran who served in combat in the wars in Iraq and Afghanistan, on Wednesday launched a Republican bid for the House against Democratic Rep. Josh Gottheimer of New Jersey, who the National Republican Congressional Committee (NRCC) views as vulnerable in the 2022 midterm elections.
(Nick De Gregorio congressional campaign)

“None of us will ever forget that day,” De Gregorio said in a campaign launch video. “We could hear the roar of the fighter jets over our classroom and we could see the thick black smoke coming from the skyline. … That was the day I decided to take action and serve my country in uniform.”

In the video, De Gregorio said that after nine years in the Marines, “I didn’t think I’d ever have to serve again.”

But he charged that “our country is dangerously off course. Washington is leaderless. It’s run by career politicians, radicals, socialists, who care more about their own political agenda than they do about than the people that they’ve sworn an oath to serve.”

Pictures of Gottheimer are seen in De Gregorio’s video when he says “career politicians.”

Gottheimer, a former corporate attorney who worked as a speech writer for then-President Bill Clinton and a political adviser on the John Kerry and Hillary Clinton Democratic presidential campaigns, was first elected to the House in 2016. He represents New Jersey’s 5th Congressional District, which includes parts of suburban Bergen and Passaic counties as well as rural areas in Sussex and Warren counties in the northern part of the state.

The NRCC lists Gottheimer, who won reelection last year by seven points – down from a 13-point victory in 2018 – as one of 70 House Democrats it deems vulnerable in next year’s midterms, when the GOP needs a net gain of just five seats in the 435-member chamber to win back the majority.

De Gregorio becomes the third Republican to launch a 2022 campaign in hopes of challenging Gottheimer. The field also includes Frank Pallotta, the 2020 GOP nominee in the district. 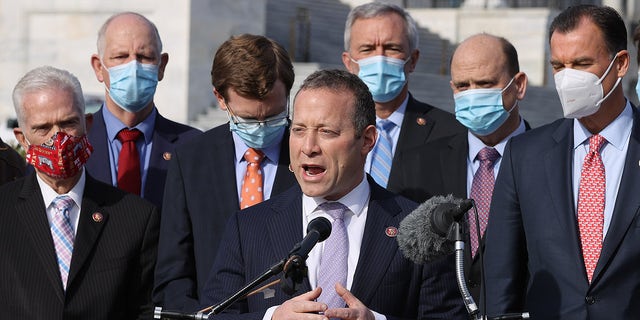 Gottheimer is a moderate Democrat and co-chair of the bipartisan Problem Solvers Caucus.

He’s frequently been in the spotlight this autumn during the intra-Democratic Party squabble between House moderates and progressives over negotiations over Democrats’ massive social spending and climate change bill. Gottheimer repeatedly drew the ire of House Democrats as he pushed to separate the measure from a separate infrastructure bill that passed the Senate over the summer with bipartisan support.

The House finally passed the infrastructure bill on Friday, with a final vote on the spending bill still up in the air.