New York (CNN Business)When Amazon opened a sprawling warehouse in her community in March 2020, Jennifer Bates never guessed she’d find herself testifying before members of Congress one year later about the “grueling” conditions she experienced working inside it.

Bates, grandmother of seven, had been excited Amazon was coming to Bessemer, Alabama, because of the economic growth she thought it would bring to the area — and the possibility that a job there would allow her to spend more time with family.
What she found at Amazon instead was a job with 10-hour shifts that she felt were “more strenuous” than the 12-hour days she pulled at a previous company. The amount of walking required to get around a warehouse the size of 14 football fields, including going up and down flights of stairs, hurt her knees and caused her legs to swell, she said. 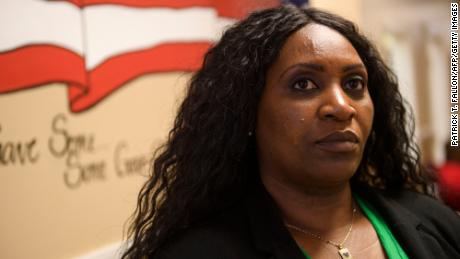 “Working 10 hours at the pace that they push you to go, the time off is either going to the doctor for something, soaking, resting, taking it easy on your days off,” Bates, an Amazon associate, said in a CNN Business interview this month.

She considered quitting. But Bates determined there was a better response: fighting to improve it. “Why couldn’t I stand still and have an opportunity to fix something that was broken?”

That decision would ultimately thrust Bates into the national spotlight thanks to her role as part of a high-profile union push inside the Bessemer facility.

The face of the fight

The workers and organizers behind the effort were fighting to create what would have been the first US-based union in Amazon’s 27-year history. In the process, they rattled one of America’s largest employers, which put on full display its aggressive tactics to combat unionization.
More than any other Amazon worker, it was Bates who became the face of this effort, potentially risking her livelihood in the process.
At the invitation of Sen. Bernie Sanders, Bates testified before the Senate Budget Committee on March 17. Speaking via Zoom, Bates appeared read damning prepared remarks.
“Amazon brags it pays workers above the minimum wage. What they don’t tell you is what those jobs are really like,” she said. “From the onset, I learned that if I worked too slow or had too much time-off-task I could be disciplined or even fired.” Her testimony sparked a flurry of press coverage about Amazon’s warehouse conditions, with Bates’ name at the center. 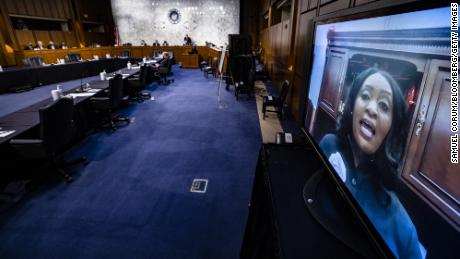 In a statement at the time, an Amazon spokesperson pushed back on her characterizations: “We take employee feedback seriously, including Ms. Bates’, but we don’t believe her comments represent the more than 90% of her fulfillment center colleagues who say they’d recommend Amazon as a great place to work to friends and family.”
The risks of speaking out so publicly were substantial. “Anytime a worker gets involved in organizing with their coworkers, they’re taking a risk and Jennifer Bates has been willing to take that risk on behalf of the people she works with,” said Rebecca Givan, an associate professor of labor studies and employment relations at Rutgers University. “She’s been willing to talk to the media, to talk to Congress, to really fight very, very publicly.”
Bates knew this from the start. “I had to be very careful [of] how I moved, how I spoke and what I did,” she recalled. “What good is it if I lose my job and the work that I started is not complete?”
The election to unionize, which took place by mail due to the pandemic over a nearly two-month period ending in April, resulted in workers largely voting against a union. But whether that vote will be upheld is still an open question.
The Retail, Wholesale and Department Store Union (RWDSU) appealed the election, alleging that Amazon — which vigorously fought the effort — wrongfully interfered. In August, a National Labor Relations Board official recommended the results of the election be scrapped and that a new election be held due to alleged illegal misconduct by Amazon. The NLRB has yet to make its determination on the matter and Amazon has indicated it may appeal the NLRB’s findings.
For now the union effort continues at Bessemer — and so does Bates’ sense that she might lose her job at the warehouse, where she still works, before that work is done.

A long road to taking on Amazon

For a decade before she joined Amazon, Bates worked in a unionized job at a US Pipe plant. She described her colleagues there as “more like family” and said workers “didn’t get any disrespect” because they had the union.
That experience informed her action after she joined Amazon. It moved quickly: One day, she and a group of Amazon coworkers were secretly meeting with the RWDSU at the local Cracker Barrel about possibly organizing a union. Before long they had garnered enough interest from other Amazon employees to hold a union election at the facility, which would draw attention from prominent figures including President Joe Biden and Stacey Abrams.
Amazon had long faced criticism over workplace conditions inside its warehouses, including around the rates of serious injuries. But the scrutiny grew during the pandemic as households leaned even more on its delivery services. Workers, advocacy groups and politicians sounded the alarm on everything from the backbreaking pace of work to the lack of transparency around confirmed Covid-19 cases. 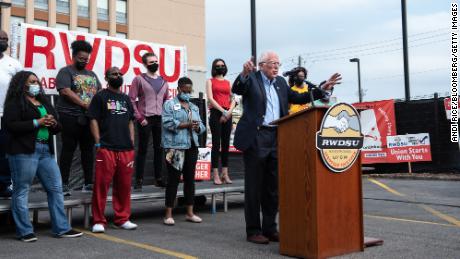 Several employees-turned-activists had pushed for Amazon to improve working conditions during the pandemic and later accused the company of retaliating against them — allegations that the company has denied. Just last month, Amazon settled with two corporate workers who claimed they were illegally fired. As part of the settlement, Amazon is required to post a notice to workers nationwide acknowledging that it cannot fire workers for organizing.

"Companies have devalued employees into thinking that [they're] not valuable … people have begun to stand up and say, you know what? They're nothing without us."

There were a host of issues Bessemer workers like Bates believed could be improved with the help of union representation, including adequate break time, better procedures for filing and receiving responses to grievances, higher wages and protection against Amazon allegedly wrongfully applying policies to discipline workers who express concerns. (Amazon has repeatedly said safety is a priority and it has a “zero tolerance for retaliation against employees who raise concerns.”)
To combat the union organizing, Amazon sent numerous text messages to workers, pulled them into one-on-one meetings on the warehouse floor and, in the kickoff to the election, required them to attend group meetings every few shifts. It launched an anti-union website that warned against paying dues, and posted signage in bathroom stalls. 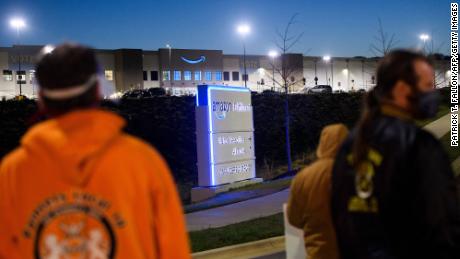 In a statement to CNN Business earlier this year about the union effort, Amazon spokesperson Heather Knox said: “We opened this site in March [2020] and since that time have created more than 5,000 full-time jobs in Bessemer, with average pay of $15.30 per hour, including full healthcare, vision and dental insurance, 50% 401(K) match from the first day on the job; in safe, innovative, inclusive environments, with training, continuing education, and long-term career growth.”

Ahead of her decision to be more front-and-center with the union push, Bates’ mother expressed some discomfort. “She was the only one who felt kind of, you know, leery about me pushing,” said Bates, who added that her mom came around. “She knows that I have that fire.”
But Bates felt the impact of her Senate testimony almost immediately. The day after, a manager informed her that she was being stripped of her ambassadorship — a role she’d enjoyed that allowed her to help train new employees in the facility. (According to recommendations from the NLRB hearing officer, “the evidence was insufficient to establish that Bates was denied ambassador work … because of her Union sympathies.”)
“Our employees have the choice of whether or not to join a union. They always have,” Barbara Agrait, a spokesperson for Amazon, said in a statement in response to questions about Bates’ experience, including why she lost her ambassadorship. “As a company, we don’t think unions are the best answer for our employees.”
She also felt a shift in how many colleagues viewed her: Some appeared “frightened” to talk to her; others said they had been informed by her speech. Even now, when she walks into the Amazon warehouse, there are times her badge temporarily doesn’t scan and she thinks: “Well, today’s the day they got me.”
According to Givan, the risk associated with being a vocal workplace organizer, can also extend beyond one’s current place of employment to other potential employers. 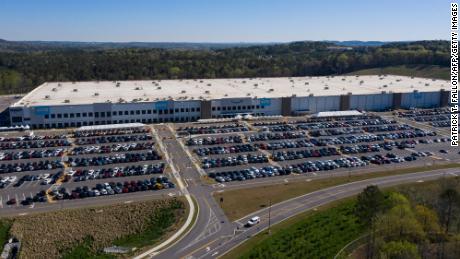 RWDSU president Stuart Appelbaum called it “a very, very scary thing” to speak out as Bates has done. “You’re putting yourself out there to the whole world. You’re facing all the wealth and power in the universe.”
Bates, he said, “understood the civil rights dimension of what it was that was happening in Bessemer.” Roughly 85% of the workforce at the facility is Black and the majority are women, he said.
“For her, it is a calling,” Appelbaum said.
Bates frequently talks about her decision to speak out, and even the results of the election, on spiritual terms: “I believe in destiny. I believe that God [does] things in His own timing and if it’s part of the journey, then I’m here for it.”
The outcome of that journey so far may not be quite what Bates had in mind, but Givan said the effort has successfully drawn mainstream attention to what workers are up against when organizing.

Bates, too, is hopeful about the broader effects her voice may have. “I believe for so many years that companies have devalued employees into thinking that [they’re] not valuable … people have begun to stand up and say, you know what? They’re nothing without us.”
“We’re not pushovers. There needs to be a change in this country and we’re not stopping until there’s a change,” she added. “We’re still moving. We’re still on fire and we’re not going to stop.”
Source: Read Full Article