Home » World News » Losing before the match even kicked off: US Women's team takes knee during anthem, promptly loses 3-0

Losing before the match even kicked off: US Women's team takes knee during anthem, promptly loses 3-0 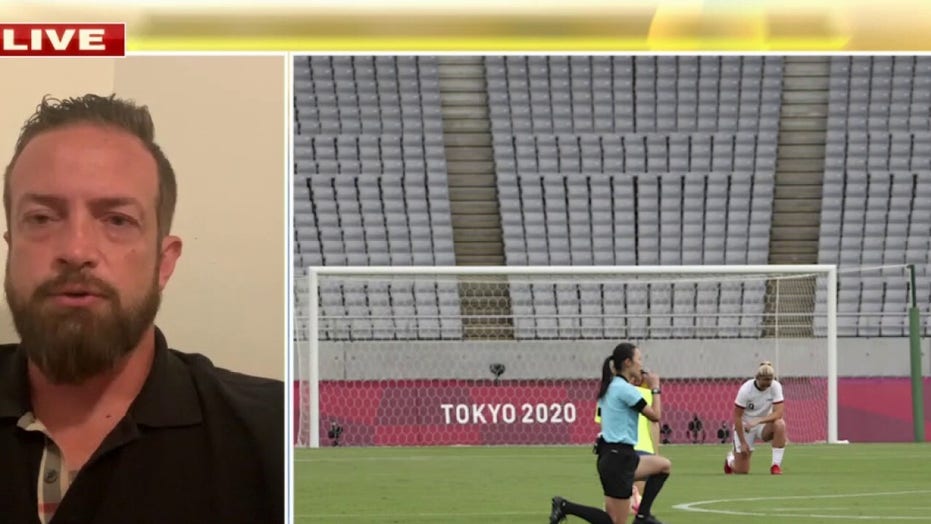 Former United States Soccer Federation council member Seth Jahn, who was ousted in February over a speech he gave, speaks out against the double standard over politicizing sports

Former U.S. Soccer Paralympian Seth Jahn ripped the U.S. Women’s National Soccer Team after it took a knee during the national anthem and was then torched 3-0 in their Olympics opening match against Sweden.

“This is such a disingenuous maneuver, like it’s all about promotion of personal brand for fame, notoriety, to appease the organization and liberal endorsements and sponsorships” Jahn, an ousted member of athlete’s council for the United States Soccer Federation, told “Fox & Friends” on Thursday.

The former soccer player blasted the politically-charged statement at the Olympics and the woke movement.

“What is systemic racism? It is all the policies that are designed to prevent one demographic from excelling over another demographic in our country,” he said, “I implore anybody to find one statute or U.S. Code or even business corporation that has policies that meet that criteria.”

“People are exhausted with hearing these privileged athletes politicizing sport, the one thing that can unify our country and showcase our exceptionalism which is what the Olympic games were designed for” Jahn added.

Jahn, who was kicked off the U.S. Soccer Federation’s athletes council  in February for his speech against removing an anti-kneeling policy., scorched the governing body of U.S soccer.

“U.S. Soccer is not just left but radical left,” he said. “The wokeness is permeated all throughout their entire organization, and it affects the few patriots — actually, the voices that are discriminated against are conservative.”