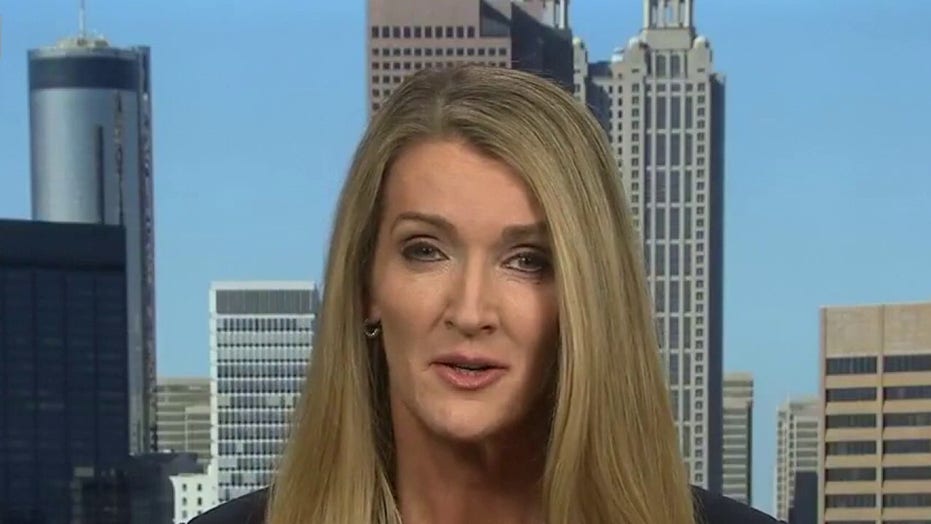 Loeffler: Warnock and the left-wing media want to drive the country to socialism

Sen. Kelly Loeffler, R-Ga., said Wednesday she would not allow the "left-wing media" or her Democratic opponent, Rev. Raphael Warnock, to drive the country toward socialism.

"I was born and raised on a farm, grew up working in the fields, waitressed my way through school, and built a successful career, based on free enterprise," she added. "That's what I'm fighting for. Democrats want to bring socialism to our country. Raphael Warnock would be a rubber stamp for socialism, and we're not going to let that stand … The left-wing media wants to take us toward socialism, and we're not going to stand for that here in Georgia."

The Times portrayed Loeffler as being cagey about her family's "prosperous" farming background and suggesting her successful Wall Street career contradicts her pitch as an advocate for hard-working Georgians. The article was not entirely negative, however, quoting people who described her as driven and professional.

The piece also delved into Loeffler's political transformation over the past decade. She has repeatedly touted her 100% voting record with President Trump, although she did not donate to him during his 2016 race. Loeffler, the wealthiest member of Congress, was a major bundler for Republican nominee Mitt Romney in 2012.

"We're fighting for the president because he's fought for us for four years, and he's continuing to fight for us," Loeffler said. "We have been helping deliver relief under this pandemic, relief that the Democrats have blocked time and again, and David Perdue and I have done that every single day."

Loeffler and Sen. David Perdue, R-Ga., are the last hopes for Republicans to hold the U.S. Senate majority next year by winning their runoff races on Jan. 5. They have sought to nationalize the race by calling themselves a firewall against potential full Democratic control of Congress.

With so much on the line for both parties, the state has been flooded with top surrogates, including Trump, Vice Pesident Mike Pence and former ambassador to the U.N. Nikki Haley for the Republicans, and President-elect Joe Biden, Vice President-elect Kamala Harris and former President Barack Obama for the Democrats.

Warnock and Perdue's challenger, Jon Ossoff, have attacked their Republican opponents over their support for Trump and their scrutinized stock transactions at the outset of the pandemic, although no wrongdoing has been proven.

Georgia Gov. Brian Kemp appointed Loeffler to fill Sen. Johnny Isakson's seat last year, and she took her position in January. She advanced to the runoff with Warnock after a "jungle" special election in November, and she has repeatedly lambasted him as a "radical liberal" who would be the first pro-Marxist senator if he won. She has particularly assailed his past rhetoric against the police.

"We are the firewall to stopping socialism in America, right here in Georgia," Loeffler said. "We know that we have to hold the line. The American dream is on the ballot, and we know that because Chuck Schumer said he was going to take Georgia and change America … If we don't hold the line here in Georgia, we will see the election of our first Marxist senator, and we can't let that happen."