Lloyds is taking the time to warn individuals who might be interested in the idea of investing to gain cash growth, as many are being targeted by a sophisticated scam. Investing can be a fantastic way to make money, and with interest rates as low as they are at present, many are being tempted by the idea. However, it is important to remain on one’s guard, as fraudsters are on the prowl.

It is easy for these criminals to create fake websites, send false documents and even impersonate real members of staff by using LinkedIn details.

All of these actions are used to make scammers appear more genuine, and Britons will have to fight back to protect themselves.

Data from Lloyds Banking Group has shown one in four investment scam victims in the past 12 months were people over the age of 55.

The average amount these individuals are losing to an investment scam is £25,944 – showing how devastating the consequences could be. 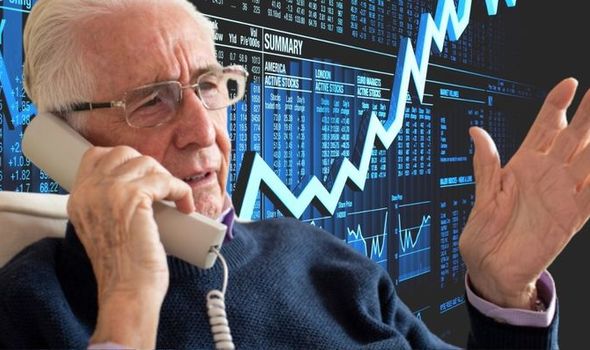 No one knows this more than David Jeffrey, 81, a loyal Halifax customer since 1992 and a retired businessman.

Mr Jeffrey completed an online questionnaire where he expressed his interest in taking out a two-year fixed Bond investment.

He was not surprised when he received a phone call the next morning claiming to be from a well-known company, which offered Mr Jeffrey a prospectus on investing.

The former businessman then received a link to click on a clone website, and a call from someone who said they were a “compliance manager”, talking him through the process of investing and supposedly checking his eligibility.

Mr Jeffrey appeared convinced, and was close to investing £80,000 he had set aside for his children, providing his ID and signature in order to progress the matter.

DON’T MISS
NatWest offers prize draw with a chance to win £10,000 [UPDATE]
HMRC update: You could get up to £125 in tax refund – act now [INSIGHT]
NatWest is offering 3% interest rate in leading savings account [EXPLAINED]

But when he went into his local Halifax branch to make a transfer to the investment company, staff were concerned.

Bank manager, Barry and customs adviser, Jayne, asked for further details and looked more closely at the documentation Mr Jeffrey had brought in.

A number of red flags were raised, including the fact the requested reason for payment did not mention an investment was involved.

It then transpired Mr Jeffrey’s brother-in-law had held an investment with this company, and he was advised to check with his family about the process.

Upon reaching out to the legitimate business, the scam unravelled, and it was found fraudsters had been impersonating the company the entire time.

Mr Jeffrey commented on his close brush with the scam, urging others to be careful. 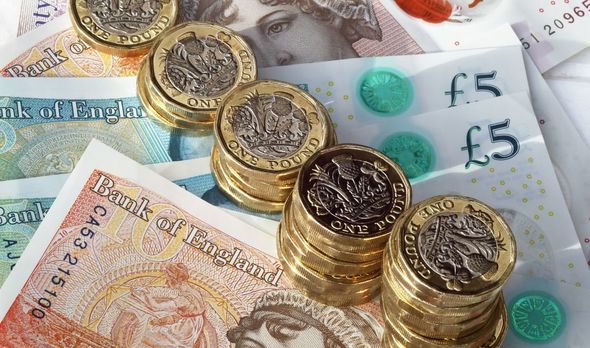 He said: “I have nothing but praise for Barry and his well-educated team. If the bank’s team hadn’t flagged this fraud, the money would be gone.

“When I hear about friends and family making investments, I always ask them to double check the company is legitimate.

“These scammers are evil, they go home to their normal homes and families and don’t see the people they’re scamming as people. They’re just after the money.”

Firstly, it is important to take the time to think about the information one is being presented with, as this can help a person to decide whether correspondence is genuine.

What is happening where you live? Find out by adding your postcode or visit InYourArea

Next, making secure any website one comes into contact with is genuine is also a key point of action.

In this case, it is best to check the site address to ensure the name is genuine, with poor spelling or grammar being a huge red flag.

For those who still are not sure, typing a site’s web address directly into the address bar at the top of the screen can help individuals to double-check.

Finally, being open and honest with family, friends and even financial advisers can serve as a good safeguard.

Although money may be a more awkward conversation, it is better this than being scammed, and many people can offer help on how to make the most out of money.

No genuine offer should pressure Britons into making a quick decision, nor should individuals be asked to keep quiet about a phone call.

Google Ads are now becoming even tougher on financial adverts and promotions, to only accept financial product adverts from regulated firms.

However, it is clear enforcing these rules may be more tricky than they appear on a surface level.