Steve Schmidt, a co-founder of the anti-Trump Lincoln Project, bought a million-dollar Utah home as the PAC raked in huge profits.

The Lincoln Project saw significant financial success leading up to the November election, raising $90 million in total since its creation in 2019, but the organization has spent more than $50 million on consulting firms controlled by the group’s leaders.

Schmidt purchased a $1.4 million “Mountain Modern” custom home in Kamas, Utah, with five bedrooms, seven baths and a “stunning” view of the Uinta Mountains, according to property records and real estate listings. He is currently trying to resell the home for more than $2.9 million.

The house, built in 2013, sits on 1.65 acres of land with “unobstructed views of the beautiful Tuhaye fairways,” a listing on Realtor.com says. Home prices in the surrounding area range from about $500,000 to more than $2.5 million.

“We fully comply with the law,” Schmidt said of the PAC’s financial practices. “The Lincoln Project will be delighted to open its books for audit immediately after the Trump campaign and all affiliated super PACs do so, explaining the cash flow of the nearly $700 million that flowed through their organizations controlled by Brad Parscale and Jared Kushner.” 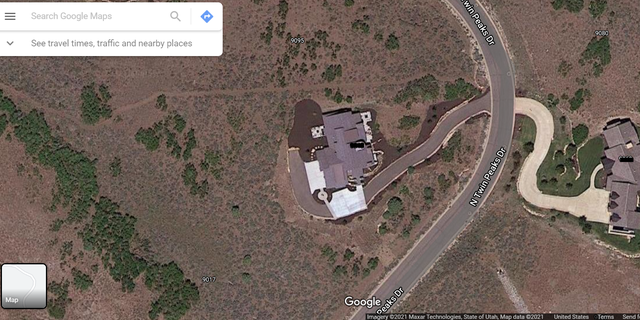 Other Lincoln Project members used the money earned during their time with PAC to refinance homes.

It is unclear how much other members of the group were paid because the Lincoln Project adopted a strategy, much like the Trump campaign they criticized, to mask how much money they earned.

Schmidt collected a $1.5 million payment in December but quickly returned it.

While several firms linked to the PAC’s members did collect payments, co-founders John Weaver and Rick Wilson are not listed in publicly available records. They were likely paid as subcontractors to those firms, an arrangement that avoids disclosure.

Only $27 million of the $90 million The Lincoln Project raised in total were paid directly for broadcast, cable and digital advertisements that aired during the 2020 campaign, according to an analysis of campaign finance disclosures and data from the ad tracking firm Kantar/CMAG.

That leaves tens of millions of dollars that went toward expenses like production costs, overhead — and exorbitant consulting fees collected by members of the group.

Journalists and political pundits have criticized the Lincoln Project in recent weeks after reporters revealed inappropriate communications between co-founder John Weaver and various young men, which the PAC did not publicly comment on or take action against until this year, despite prior warnings about his conduct.

There is no evidence that the Lincoln Project buried the allegations against Weaver for business reasons. But taken together, the harassment allegations and new revelations about spending practices raise significant questions about the management of one of the highest-profile antagonists of Trump. The revelations threaten the stature of not just the Lincoln Project but the broader coalition of establishment-oriented Republican groups hoping to pool their resources to excise Trump from the party.

Schmidt insisted that he and the rest of the group’s leadership were not aware of any internal allegations of wrongdoing involving Weaver.

“No Lincoln Project employee, intern, or contractors ever made an allegation of inappropriate communication about John Weaver that would have triggered an investigation by HR or by an outside employment counsel,” Schmidt said. “In other words, no human being ever made an allegation about any inappropriate sexualized communications about John Weaver ever.”