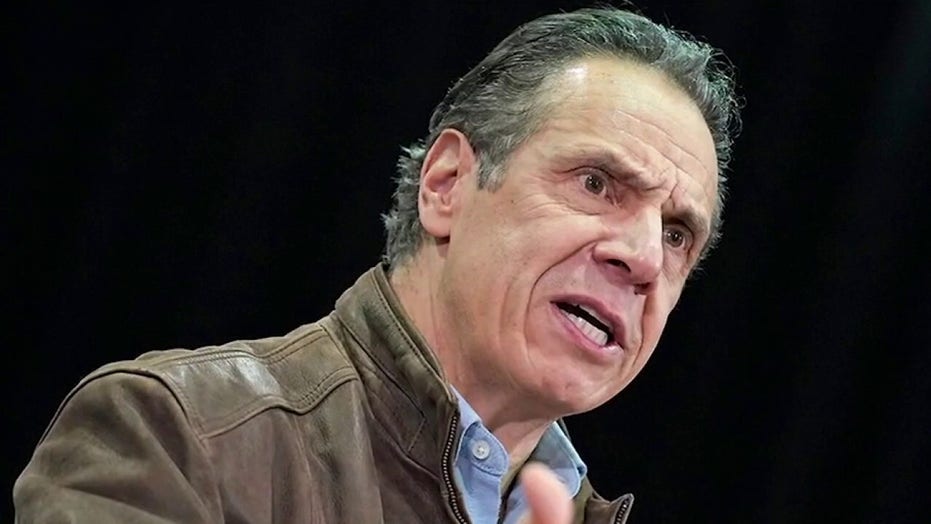 New York Gov. Andrew Cuomo became a hero of the liberal media pundits, often showered with praise and accolades until a pair of high-profile scandals tarnished his political future, proving that fawning over a politician doesn’t always age particularly well.

Cuomo has been accused of sexual harassment or unwanted sexual advances by multiple women while still under fire over his handling of nursing homes during the COVID-19 pandemic. Suddenly, the former media darling is facing calls to step down from powerful leaders on both sides of the aisle as the pundits and entertainers turn on the governor they once adored.

Columnist Drew Holden tweeted a remarkable thread looking back at some of the most egregious examples of pro-Cuomo messages, which Fox News senior political analyst Brit Hume called “utterly embarrassing.”

“It’s good to see folks recognize his failure. But apologies are in order from those who built him into a pandemic hero while he played a villain,” Holden wrote before counting down 10 of the coldest Cuomo takes.

Holden kicked off his list with feminist Amy Siskind, who gushed over Cuomo in a series of tweets

“I was never holding my breath for Siskind to be a good faith actor but the sheer depravity of her content (this is only a sampling) makes it impossible to keep her off the thread,” Holden wrote.

Vogue magazine was the next culprit, along with comedian Chelsea Handler and journalist Molly Jong-Fast, who all expressed their love for Cuomo. Jong-Fast penned a March 2020 column for Vogue headlined, “Why We Are Crushing on Andrew Cuomo Right Now.”

Handler wasn’t shy about her crush on the governor, penning a Vogue piece headlined, “Dear Andrew Cuomo, I want to be your First Lady.”

CNN political pundit Ana Navarro, who Holden awarded “bonus points because she often pretends to be a conservative,” regularly expressed her love for Cuomo on social media. She praised the series of friendly CNN chats between the governor and his kid brother, anchor Chris Cuomo, that have forever damaged the liberal network’s reputation. Back in 2013, Navarro even dismissed the idea that Chris Cuomo would conduct a softball interview with his big brother.

While CNN will be forever tied to the governor’s scandals because the liberal network allowed the Cuomo siblings to joke around on air, MSNBC was a big fan of the “love Guv,” too.

“There’s only so much you can expect from an openly partisan media outlet, so the bar here was already low,” Holden wrote. “But giving @NYGovCuomo an unchallenged opportunity to come on and defend his nursing home death scheme? Well. That makes the countdown.”

The Washington Post published a March 2020 story headlined, “Andrew Cuomo during the COVID-19 crisis is the same as ever, with one big difference: People like him,” which Holden feels is arguably the “worst of the Cuomo coverage from a mainstream outlet not named CNN.”

The Biden administration’s controversial Budget Director pick Neera Tanden made the list, too.

“Pretty incredible to me that Tanden, famous for being a mean person on the internet, had nothing but incredibly complimentary things to say about Cuomo,” Holden wrote.

Holden called out CNN for its “damning” nightly coverage, where the Cuomo siblings goofed around on air, playfully bickered about who their mom preferred and even performed prop comedy while largely ignoring the Empire State’s nursing home crisis.

Once Gov. Cuomo’s sparkle began to diminish, CNN decided that the “Cuomo Prime Time” namesake shouldn’t cover his bother because of the obvious conflict of interest – but many have wondered why the network didn’t care about journalism ethics back when the once-popular governor was adored by the left.

Washington Post columnist Jennifer Rubin was famously infatuated with Cuomo through the early months of the pandemic, regularly fawning over him on social media.

“It is a testament to the outrageous level of Cuomo fangirling that Rubin barely cracks the top three. Here’s just a sampling of some of her remarkable tweets about Cuomo that have aged… imperfectly,” Holden wrote.

In one tweet, she lauded Cuomo’s “rational approach to governance” that was “beyond Trump’s capabilities.”

MSNBC’s Joy Reid was also a champion of the scandal-plagued governor, using words like “calm, “candid, “reasoned,” empathetic” and “crisis manager” to describe the now-embattled Cuomo.

CNN’s Chris Cillizza was awarded the top spot on Holden’s rankings for his “fangirlish coverage” of Gov. Cuomo that “stands alone as the most egregious.”

“We can leave it to history whether @NYGovCuomo was a “terrific bureaucrat” who “benefited from radical transparency” but let’s just say that I’m skeptical,” Holden wrote.

“Perhaps the best takeaway is that, when a fawning mainstream media & blue check environment tells you a Democratic leader is without blemish, it probably just means that there are no blemishes that those folks are interested in talking about, even if many might exist,” Holden wrote.

Other thoughts on Cuomo that didn’t age particularly well have recently been unearthed, too: