Swiss billionaire Hansjorg Wyss appears to have helped liberal organizations, including a powerful dark money group called the Sixteen Thirty Fund, check off their election policy wishlist with at least $208 million in donations from his nonprofit and foundation since 2016.

As of 2014, Wyss said he did not hold American citizenship, although money from his Washington, D.C.-based foundation appears to have trickled down into efforts to restore felons’ voting rights in Florida, mandate automatic voter registration in Nevada, redraw districts in Michigan and more.

The Wyss Foundation’s advocacy arm, the Berger Action Fund, gave more than $135 million to the Sixteen Thirty Fund between 2016 and 2020, according to a New York Times report on Wyss. 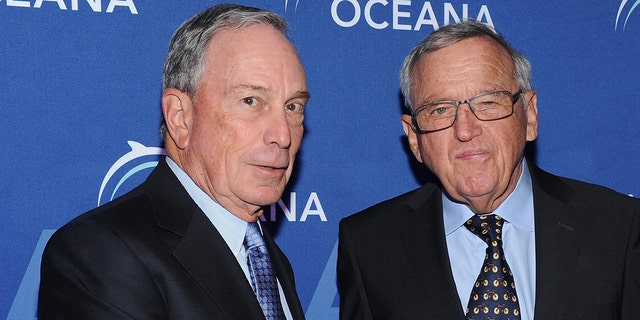 Count MI Vote, a Michigan-focused group known by several names, including Voters Not Politicians, received funding from the Sixteen Thirty Fund to push for the creation of an independent redistricting commission to redraw Michigan’s congressional and legislative districts every 10 years. The Sixteen Thirty Fund provided $6 million of the $16.4 million the group raised through November 2018, according to the Michigan Campaign Finance Network.

In Nevada, the Sixteen Thirty Fund gave $6.25 million of the nearly $10 million raised by Nevadans for Secure Elections, which promoted Ballot Question 5 to automatically register to vote people who apply for Nevada driver licenses or identification cards.

The Sixteen Thirty Fund also poured millions of dollars into Arkansas, Missouri and Colorado to support goals, including minimum wage hikes and getting Democrats elected in 2018, according to Politico.

Wyss lives in Wyoming, according to the New York Times.

The Sixteen Thirty Fund is part of a massive dark money network managed by D.C.-based consulting firm Arabella Advisors, which was founded by Eric Kesser, a former apointee of President Clinton and a member of the Clinton Global Initiative. In 2019, Arabella was paid nearly $34 million for administrative, operations and management services to manage the four funds in Arabella’s vast dark money network. In addition to Sixteen Thirty, Arabella manages the New Venture Fund, Hopewell Fund and Windward Fund.

Fox News’ inquiries to the Wyss Foundation and the Sixteen Thirty Fund were not returned at the time of publication.