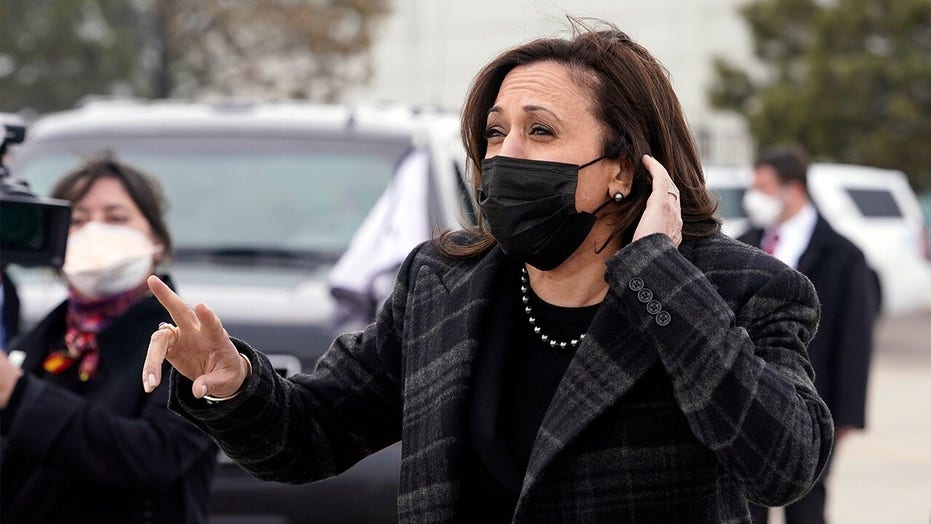 Vice President Kamala Harris is facing a backlash after laughing when a reporter asked if she planned to visit the southern border amid the migrant crisis.

“Kamala Harris laughs at a reporter who asked her if she has plans to visit the border. Don’t believe this administration when they say they are serious about solving this crisis,” Rep. Steve Scalise, R-La., wrote on Twitter on Tuesday.

“What exactly is funny about this?” progressive activist Jordan Uhl wrote on Twitter.

“Well, it is no laughing matter, and I wish the vice president and president would come to the border. I’d be glad to welcome them there and so they can learn what I’ve learned, talking to the experts, the Border Patrol, Health and Human Services, as well as the local officials and stakeholders who are bearing the burden of this open border policy of this administration,” he said on Tuesday.

“Both Biden [and] Harris have refused to visit the border because it’s not a priority-apparently it’s just a laughing matter! Solving the crisis they created isn’t a priority. Going on a trillion dollar political PR boondoggle tour is more important to them,” conservative pundit Paris Dennard wrote on Twitter.

While taking questions from reporters outside of Air Force Two on Monday, Harris was asked if she had “plans to visit” the southern border as the immigration crisis continues to develop.

The vice president responded to the query with a “not today” before laughing. She said that she had visited before and that she probably would go back.

White House press secretary Jen Psaki maintained the Biden administration’s stance during a Monday press conference, referring to the border situation as a “circumstance” and saying that children escaping from persecution in their home countries “is not a crisis.”

“Children presenting at our border who are fleeing violence, who are fleeing prosecution, who are fleeing terrible situations is not a crisis,” Psaki said. “We feel it is our responsibility to humanely approach this circumstance and make sure they are treated, and put into conditions that are safe.”