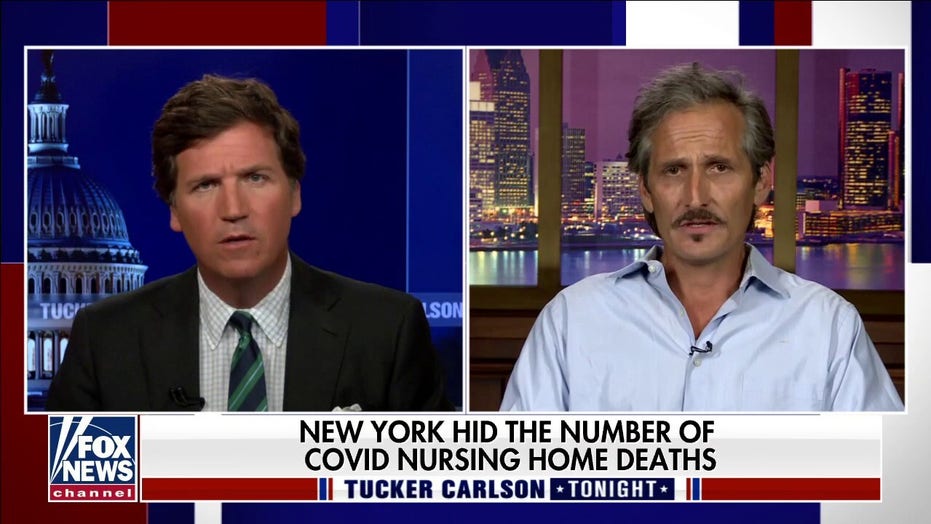 An investigative journalist in Michigan sounded off on Wednesday after the Biden Justice Department announced it will not launch probes into nursing homes in his state and others where Democratic governors forced facilities to admit COVID-19 patients despite their vulnerable populations.

Officials in Michigan, as well as New York and Pennsylvania have come under fire for policies that critics claim led to unnecessary and preventable deaths of loved ones during gubernatorial executive emergency lockdown orders in 2020 tied to coronavirus mitigation.

On “Tucker Carlson Tonight,” Charlie LeDuff, who extensively covers such stories in the Great Lakes State, said he is not shocked by the revelation that Attorney General Merrick Garland won’t investigate the situation.

“When the news came out, I didn’t think it was news. I wasn’t surprised. The Democrats take over and it goes away,” he said.

“On the other side, under [William] Barr and the Republicans, it was also politicized: The language that was used was this: ‘we demand that the state of Michigan turn over all data of public nursing homes’,” LeDuff continued, noting that Michigan only has one public sector nursing home out of 450 total – and that Gov. Gretchen Whitmer therefore only provided information on that one.

However, LeDuff added he is heartened that Michigan Auditor General Doug Ringler will conduct his own probe of the state’s nursing homes.

“At least locally, we got some decent news,” the journalist remarked.

“Let’s remember something about COVID when we look back: It was an election year. The whole thing was weaponized. Everything was a political talking point except for the real well-being of our old people. It’s unacceptable. Our governor likes to rewrite history and says nobody was forced back into the nursing homes – Madam, that’s untrue, read your own decree,” he said.

In New York, federal prosecutors are continuing a separate probe into Gov. Andrew Cuomo and his administration over their handling of the nursing home crisis.

Fox News Meteorologist Janice Dean — whose in-laws Mickey & Dee Newman died in such facilities last year — slammed the governor this week for blaming everyone from the New York Post to Donald Trump – but not himself, for the crisis.

In Pennsylvania, two state lawmakers: State Sen. Douglas Mastriano, R-Gettysburg, and State Rep. Russ Diamond, R-Lebanon, previously called for the resignation of then-Secretary of Health Rachel Levine, with the senator saying in a 2020 statement her “unscientific and illogical directives” led to large numbers of nursing facility casualties, thereby “display[ing] the gross incompetence of someone unfit for office.”

Levine, appointed by Democratic Gov. Tom Wolf, has since moved on to President Biden’s U.S. Department of Health where she serves as an undersecretary.