A new book about President Biden and his family’s rise to power claims that the residence that he lived in at the beginning of his Senate tenure came with a covenant that barred it from being “owned or occupied by any Negro.”

“The Bidens: Inside the First Family’s Fifty-Year Rise to Power” by investigative reporter Ben Schreckinger of POLITICO is set to hit the bookshelves next week, but Fox News obtained an exclusive chapter from the book.

During the first years of Biden’s Senate tenure, he moved into the house his parents had vacated in Faulkland, Delaware. Over a decade later it was reported that the house came with a “restrictive covenant” that said the house couldn’t be “owned or occupied by any Negro or person of Negro extraction,” the book claims. 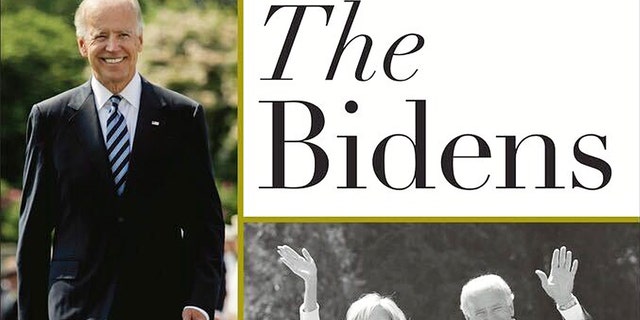 The Bidens: Inside the First Family’s Fifty-Year Rise to Power — Hardcover – September 21, 2021
(Amazon)

Biden has a checkered history when it comes to race relations and the African American community. While campaigning for president in Alabama in 1987, Biden said, “We (Delawareans) were on the South’s side in the Civil War” and reportedly boasted about receiving an award in 1973 from segregationist George Wallace, who was the  governor of Alabama at the time.

During his 2020 presidential campaign, Biden raised eyebrows several times as his Democratic opponents and then-President Trump shed light on his history of insensitive comments and long-standing policies that had negatively impacted African Americans.

During a May 2020 radio interview with host Charlamagne tha God, Biden received backlash for suggesting Africa Americans “ain’t black” if they hadn’t decided who to vote for between Trump and Biden. Vice President Harris, who was a Democratic presidential candidate running against Biden in 2019, said it was “hurtful” that Biden praised the “civility” of the segregationists he worked with in his earlier days in the Senate.

Over the last two decades, Biden has also delivered eulogies for the late West Virginia Democratic Sen. Robert Byrd, a former KKK member who later regretted his membership with the racist group, and Strom Thurmond, who supported segregation.

Biden said Thurmond was a “brave man, who in the end made his choice and moved to the good side” during the 2003 eulogy after Thurmond changed his views about segregation. Biden said they became “good friends.”