Shares in retailing collective Mosaic Brands have rocketed over 35 per cent after the company said its first-half results would beat investor expectations on the back of an influx of online sales and JobKeeper receipts.

The Noni B and Rivers owner updated shareholders on its expected half-yearly figures on Thursday morning, revealing a massive recovery in earnings in the past six months which "materially exceeded" analyst expectations. 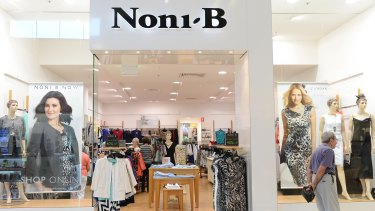 Mosaic Brands has reported a far better than expected result for the first half of the financial year.

Mosaic's earnings before interest, tax, depreciation and amortisation (EBITDA) for the six months ending December 31 will land between $40 million and $45 million, a 22 to 38 per cent increase on the prior corresponding half.

This marks a big recovery from the retailer’s full-year results in August, where it posted an EBITDA loss of $45.8 million and comes despite the business' comparable sales falling 15 per cent for the half.

The company was one of the retailers most deeply affected by the COVID-19 pandemic as its customer base is largely older Australians, a demographic both more susceptible to the virus and less likely to shop online.

Shares in Mosaic surged more than 35 per cent to $1.18 as investors welcomed the news. The stock had eased to be up 20 per cent at $1.05 by mid-afternoon trading.

Mosaic’s recovery was driven by the company's JobKeeper receipts, as it was one of the few retailers eligible for the second tranche of stimulus, receiving it for the entire six months.

At the business' full-year results, Mosaic noted it received $48.5 million in JobKeeper. At the time, chairman Richard Facioni hit out at other retailers for reporting higher profits while claiming JobKeeper, saying it "makes it harder for the rest of us".

The company did not pay rent on its stores which were shut during Melbourne's second lockdown, and in October said it had shut 73 of its 1400 locations due to "unrealistic rental requests". The business has previously noted it is willing to close as many as 500 stores due to the pandemic.

Chief executive Scott Evans said Mosaic's earnings growth was aided by a jump in online sales, which rose 31 per cent and represented nearly a fifth of the business’ total turnover. 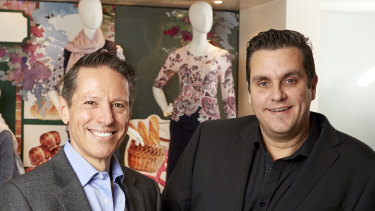 "As stated in 2020 we are seeing profound and permanent shifts in the retail sector," Mr Evans said. "We have moved swiftly to embrace this by realigning our rental costs, store footprint and rapidly building our online offer."

Mr Evans said the business had placed a focus on growing margins rather than sales for the half, leading to an overall margin drop of 5.6 per cent. Inventory levels are also 50 per cent lower than a year ago.

Mosaic took a $49 million provision in August for unpaid rents, though noted at the time it expected the final provision to be materially lower due to ongoing rental negotiations. Analysts at the time said they expected the retailer would have to pay at least half of its outstanding rental balance.