A New Jersey student is suing her former Monmouth County school district for failing to protect her from anti-Semitic bullying by her classmates.

The teen, identified only with the initials “P.W.” in the lawsuit, alleges that a “culture of anti-Semitism” at Marine Academy of Science and Technology was exposed in April 2018 when she received a photo of a fellow student posing next to the words, “I h8 Jews.” After she told her parents, who reported the incident to administrators, the student claims classmates bullied her for months for “snitching.”

At one point, P.W. allegedly found a rock with the word “Adolf” painted on it next to her desk ― an apparent reference to an anti-Semitic meme.

The Jewish student, who is now a freshman in college, was “devastated” by her high school’s alleged failure to mitigate the bullying, the complaint states. P.W. dropped out of MAST, but the retaliation allegedly followed her to her next high school, which she also dropped out of.

“She did not go to her senior prom. She did not walk in a graduation ceremony,” the complaint states. “Her adjustment to college has been very challenging. Her sense of self-worth has been severely compromised.”

P.W. filed a lawsuit against Monmouth County Vocational School District, its board of education, and several school administrators on Wednesday in the U.S. District Court of New Jersey. She is withholding her full name in the lawsuit to protect her identity.

Her parents have also filed a complaint with the state attorney general’s division of civil rights. In October, the office announced after an investigation that it had found “probable cause” that the school and district had discriminated against P.W. based on her religion.

District Superintendent Timothy McCorkell maintains that school staff responded to the April 2018 incident “in line with the District’s progressive discipline approach.” The school also followed up by adding Holocaust and anti-discrimination awareness to its curriculum.

“The District is confident in the legal process and that the facts will support our position once the case is presented to the Division of Civil Rights,” McCorkell wrote in a statement on Wednesday.

P.W. claims she started seeing signs of anti-Semitic sentiment among her classmates soon after she enrolled as a freshman in 2015. MAST is a competitive magnet school in Monmouth County known for its Navy Junior Reserve Officers’ Training Corps program.

The student spotted several MAST classmates reading Adolf Hitler’s autobiographical manifesto “Mein Kampf” on campus, the lawsuit claims, even though they weren’t studying World War II at the time. She also saw various students drawing swastikas in their notebooks and on school lunch tables. Students would “give each other Jewish sounding surnames as a joke and then ridicule those names,” the complaint states.

One teacher at the school referred to “Mein Kampf” as a “great book,” the complaint alleges. A student reportedly identified himself on social media as a member of the Hitler Youth, the complaint states.

The situation escalated in April 2018, during a school-sponsored field trip to New Jersey’s Sandy Hook Beach. One male student texted a photo to a group thread of MAST students showing another male classmate lying on the beach next to the words “I h8 Jews” etched into the sand. The teen in the photo commented on the group thread that the image would be good for MAST’s “yearbook cover.”

P.W. had been added to the thread just before the photo was sent, leading her to believe that it was “intended for me,” according to the complaint.

The Jewish student’s parents reported the photo to the school’s principal, Earl Moore. The two boys who took and appeared in the photo received suspensions. A female student who joked in the thread about the photo being in the yearbook was also suspended briefly.

P.W.’s parents asked Moore to protect their daughter’s privacy, but during Moore’s ensuing investigation, he inadvertently identified the teen by revealing that the “victim” was a female student who had stayed home from school the next Monday, the lawsuit claims.

Moore denies that he identified the Jewish student in this way. He did not respond to HuffPost’s request for comment.

As the student’s identity leaked out to her classmates, she allegedly began receiving retaliation for being a “snitch.”

“It seems most of the kids are blaming me for getting [the boys] in trouble instead of seeing that [the boys] were in the wrong, not me,” the student wrote in an April 2018 email to administrators that was reprinted in the complaint. 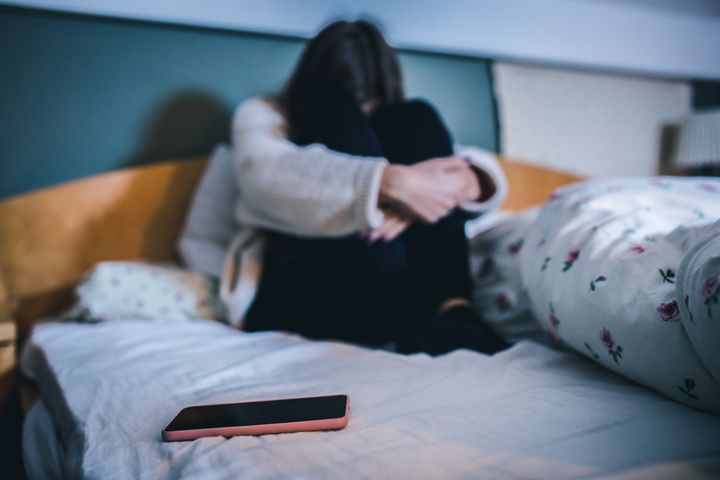 A large group of students, including some who were formerly P.W.’s friends, formed a pact to no longer speak to her, the complaint alleges. Some students walked into her Spanish class chanting, “Free [J.L.],” saying the name of the student who had originally sent the photograph. The teen began spending her lunch periods walking around campus alone or “hiding” in classrooms, the lawsuit states.

Over the next few months, P.W.’s parents repeatedly asked Moore and other administrators to investigate and put an end to the retaliation. The parents claim that Moore did not follow through.

The principal exaggerated and even outright invented “procedural rules that do not actually apply in school disciplinary proceedings,” the suit alleges.

“Mr. Moore was so deliberately indifferent to P.W.’s experience that he never bothered to do anything to investigate meaningfully how she was being treated by her fellow students, whether in the context of a disciplinary investigation or not,” the lawsuit states.

After investigating the parents’ civil rights complaint, the New Jersey attorney general’s office determined that while Moore appropriately addressed the “I h8 Jews” photo, he didn’t properly investigate the subsequent alleged shunning of the Jewish student and other anti-Semitism allegations.

Superintendent McCorkell said that after the beach photo incident, the district consulted with the Jewish Federation in the Heart of New Jersey to address the school’s overall climate. In May 2018, the school’s junior class attended a full-day “cultural competency” program sponsored by the Center for Holocaust, Human Rights & Genocide Education. The entire school also participated in “Building Bridges,” a year-long program created by the center to “build a culture of mutual respect and understanding.”

“The program was so successful that it is now embedded into the MAST curriculum and remains a permanent part of its educational program,” McCorkell said.

“The District takes every reported allegation of bias, harassment, intimidation and bullying seriously and promptly investigates reported incidents,” he added.

But P.W. and her parents say the school failed to address the discrimination and retaliation she experienced because of her religion. The student is suing for an unspecified amount of damages.

P.W. ultimately ended up finishing her senior year at home, taking online courses and enrolling in a local community college. She is now attending an out-of-state university but is having a challenging time making new friends and establishing relationships with professors ― so much so that she is considering moving back to New Jersey to live with her parents and attend a local university.

“She understandably has issues with anger and trust,” the lawsuit states.