Google has agreed to pay 120 French media companies €90 million ($142 million) over three years to participate in its new journalism product, in a sign its proposal to sidestep new Australian regulations may fall short of publisher expectations.

Industry sources told The Sydney Morning Herald and The Age Google would pay some of France’s biggest publishers between €25 million and €30 million a year to participate in its soon-to-launch Google News Showcase product. 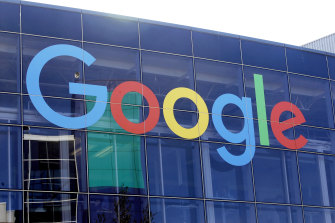 The revelation comes as Google attempts to convince the federal government the Showcase product would be a better way to pay media companies for news in Australia, as it fights back against tough new government proposals to regulate its relationships with publishers.

The government’s new media bargaining code, deemed “unworkable” by Google and Facebook, would force the two digital giants into binding commercial agreements to pay Australian news businesses or risk steep fines of up to 10 per cent of their annual revenues. It will be debated again by a Senate committee next week.

Nine, owner of this masthead, has said it thinks the two digital giants should be forced to pay Australian media companies up to $600 million annually, while Rupert Murdoch’s News Corp has said they should pay $1 billion.

Google has threatened to turn off its search engine in Australia if the code becomes law, while Facebook has said it will be forced to remove news articles from its main app if revisions to the code are not made.

No French publisher would speak publicly to this masthead about their talks with Google because they were confidential. But Didier Guerin, chief executive at Sydney-based consulting firm Media Convergence Asia-Pacific, is in contact with media companies in the country and said some of the 120 publishers that agreed to the deal were disappointed by Google’s offer.

“For France, it’s a bad deal. Very bad. It reduces the value of the content created by publishers,” Mr Guerin said. “The situation in France is that there are more publishers than in Australia … but they are smaller and more vulnerable and with the COVID situation, it has been very tough. They were facing Google who said take or leave it and so they said ‘we’ll take it’.”

Google News Showcase will give publishers money to create and curate news content for the tech giant. The search engine this week delayed plans to launch the program in Australia, but it is expected to launch next week.

“It works at a price set by Google based on an opaque global formula, the take-it-or-leave-it terms are set by Google and it doesn’t address the bargaining imbalance of Google’s core search product which was identified by the ACCC,” he said.

Google executives believe the Showcase product is the best way to pay media companies for content and the company has already signed deals with seven local outlets including Crikey and The Saturday Paper for its launch.

When the deal was announced in France, Google France chief executive Sébastien Missoffe said it was an important step forward.

“It confirms Google’s commitment to compensate publishers appropriately under French law, and opens up new opportunities for our publisher partners,” he said. “We are happy to contribute to the development of news publishers in the digital age, to further support journalism.”

Some local players are happy with the negotiations Google has held. Australian Community Media – one of the larger publishers to strike a deal for Showcase locally – is expected to receive more than $1 million a year for its content.

“ACM has had very productive discussions with Google and I’m confident that we will find mutual ground given the willingness of both parties to work together,” ACM chairman Antony Catalano said.

Globally, companies such as Reuters Germany’s SPIEGEL Group and Piaui in Brazil have also praised the deal.

Google ramped up local efforts to warn Australians against the proposed laws on Friday. Australian users were this week met with a new warning message placed at the top of search queries, warning about the code and Google’s alternative proposal. Meanwhile, a video of Google Australia boss Mel Silva was distributed across social media.

“We’re providing information to our users, as we have the entire way through this process, to ensure they know our position,” a Google spokesperson said.

Ms Silva appeared before a hearing last week just one day before she gave birth to a baby boy.

At its core, the dispute involves how much Google and Facebook are willing to pay news outlets and what they are paying outlets for. They also do not want to provide media companies with notice of algorithm changes or to pay them for the existence of articles in a news feed or on search.

Our Morning Edition newsletter is a curated guide to the most important and interesting stories, analysis and insights. Sign up to The Sydney Morning Herald’s newsletter here, The Age’s here, Brisbane Times’ here, and WAtoday’s here.