Home » World News » Is the US Capitol safer today than on Jan. 6?

Is the US Capitol safer today than on Jan. 6?

“I felt that the Capitol is much safer that it was a year ago,” said House Speaker Nancy Pelosi, D-Calif.

The one-year anniversary of the riot at the Capitol on Jan. 6 is just days away. The consensus is that there are vast improvements in congressional security and strategies to safeguard the most sacred hall in American democracy.

The Capitol community was stunned a few weeks ago when a congressional staffer managed to haul a loaded gun into the Longworth House Office Building. The incident went undetected for several minutes. It also came on the same morning that late Senate Majority Leader Bob Dole, R-Kan., was to lie in state in the Capitol Rotunda. President Biden and numerous other dignitaries were coming to the Capitol that morning for Dole’s services. 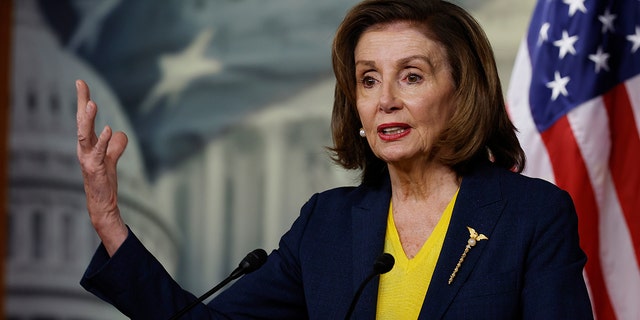 Speaker of the House Nancy Pelosi, D-Calif., talks to reporters during her weekly news conference in the U.S. Capitol Visitors Center on Dec. 15, 2021 in Washington.
(Chip Somodevilla/Getty Images)

Police charged congressional staffer Jeffrey Allsbrooks with possession of an unregistered firearm and possession of unregistered ammunition – after they finally found him. It doesn’t appear that Allsbrooks had ill intent with his firearm. He just had it in his bag and forgot it was there. You can’t bring guns into the Capitol complex.

Allsbrooks was permitted to be in the Longworth Building. He works here on Capitol Hill. Allsbrooks passed through security at 7:40 a.m. on Dec. 9. He placed his bag on a conveyer belt for an X-ray machine and then retrieved his belongings. U.S. Capitol Police officers, guarding the door through which Allsbrooks entered, failed to notice the firearm on the X-ray image for several minutes. Once they did, police locked down the Longworth Building, ordering those inside to shelter in place. It took officers several more minutes to track down Allsbrooks as they canvassed the building. Once they located Allsbrooks, police checked the bag again. That’s when they discovered Allsbrooks carried with him a Glock 19 9mm handgun.

Police arrested Allsbrooks at 8:27 that morning.

U.S. Capitol Police initially said it took four minutes to find Allsbrooks. USCP later said it was closer to 12 minutes. Police are probing the discrepancy. They’re also investigating why officers missed the image of the gun on the X-ray screen when they cleared Allsbrooks to enter Longworth at 7:40 am.

There have been multiple episodes like this over the years on Capitol Hill. It’s kind of surprising how many similar incidents have unfolded.

A military fellow working in a House office inadvertently tried to bring a gun into the Rayburn House Office Garage after forgetting it was in the trunk of his car several years ago.

Former Sen. Jim Webb, D-Va., famously handed a satchel to one of his aides in 2007 to carry into the Russell Senate Office Building when the senator had to dash off someplace else. The aide had no idea what was in the briefcase. Turns out Webb left his loaded pistol and two magazines of ammo in the bag. USCP arrested the aide. No consequences for Webb.

Police arrested a press aide for former Rep. Tom Marino, R-Pa., in 2015 after he tried to enter the Cannon House Office Building. The aide apparently brought the firearm to work by mistake. 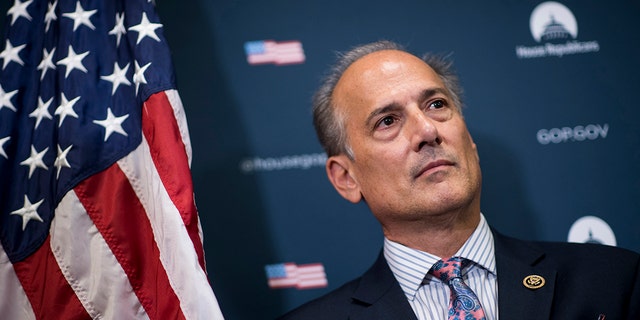 Police arrested a House intern working for former Rep. Lynn Jenkins, R-Kan., in 2015 when he tried to bring a Smith and Wesson 9mm handgun into the Longworth building.

One of the most curious incidents came in late October 2003. Two House aides left the Capitol campus at lunchtime to pick up their Halloween costumes. The costumes included fake guns. The aides came back to work with their costumes and prop guns. They went through security at the Cannon House Office Building. But it took a few moments for USCP officers working the doors to notice the picture of the fake guns on the X-ray. Pandemonium ensued. The House went into recess. Police in SWAT gear descended on Cannon and searched for possible suspects – hunting room to room.

Only, there were no guns. Just props for the costumes.

“A very stupid thing for whoever did it,” said late Rep. Phil Crane, R-Ill., at the time.

One Capitol Police source fumed to yours truly at the time about what happened.

“If your job is to watch the (X-ray) monitor, watch the damn monitor,” said the source.

But the problem with the 2003 interns, just like with Allsbrooks, is that police didn’t notice what appeared to be weapons on the X-ray until several minutes later. That’s a little different from the cops immediately discovering Webb’s gun in the briefcase, toted by the aide.

So, this type of thing has happened numerous times over the years. The Capitol is lucky these incidents appear to be mistakes. Nothing nefarious to actually sneak a gun into the Capitol complex.

Having someone come with a gun to the Capitol with ill intent would be bad enough.

But the bigger problem is why police didn’t detect Allsbrooks’ weapon and detain him immediately. The same with the Halloween staffers – even though their guns were fake.

And why did such a lapse unfold at the U.S. Capitol complex less than a year after the Capitol riot? That’s to say nothing of a madman killing USCP Officer Billy Evans at a Senate barricade in April. And why did such an egregious breach happen on the same day President Biden headed to Capitol Hill for Dole’s memorial service? That is a major issue.

As the police source said in 2003, “watch the damn monitor.”

Most who work on Capitol Hill feel that the complex is more secure and better guarded than it was on January 6. Police seemingly have better intelligence with which to work and improved accountability. There is a new Capitol Police chief and new sergeants-at-arms for both the House and Senate.

But no one really knows if the Capitol is safer. It’s safe – until it isn’t. 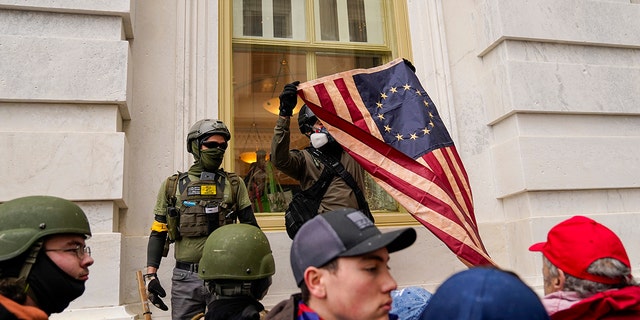 Crowds gather for the "Stop the Steal" rally on Jan. 6, 2021, in Washington.
(Robert Nickelsberg/Getty Images)

Such is the issue with failing to immediately recognize the problem with Allsbrooks’ bag, especially on such a major day on Capitol Hill.

The U.S. Capitol Police department is still smarting from Jan. 6. There are physical and mental wounds. Some of those injuries will never heal. Questions of morale linger. And, with the anniversary of Jan. 6 fast approaching, it’s unclear how officers are dealing with some of those lesions a year after one of the most ignominious days in American history.

Yes. Things may be better on Capitol Hill. But incidents like the one that took place in Longworth are reminders of how fragile Capitol security may be.

The first anniversary of 1/6 will only underscore those concerns.