The president says he will hold Iran responsible if any Americans are killed as the USS Georgia passes through the Strait of Hormuz; Lucas Tomlinson reports.

Amid heightened tensions between the U.S. and Iran, Iranian Foreign Minister Javad Zarif on Saturday warned President Trump that any "fireworks will backfire."

Zarif also claimed that Israel may try to provoke a war in the region.

"New intelligence from Iraq indicate that Israeli agent-provocateurs are plotting attacks against Americans — putting an outgoing Trump in a bind with a fake casus belli," Zarif tweeted, without providing that intelligence.

TRUMP, OTHERS LINKED TO SOLEIMANI KILLING 'WILL NOT BE SAFE ON EARTH,' IRAN OFFICIAL WARNS

"Be careful of a trap, @realDonaldTrump. Any fireworks will backfire badly, particularly against your same BFFs," he said,

The warning is the latest hot air to come from Tehran amid increased tensions, and signs of escalation, between the two countries as the anniversary of the U.S. strike that took out Iranian general Qassem Soleimani approaches.

Ebrahim Raisi, Iran’s judiciary chief, said on Friday that not even Trump was "immune from justice" for his role in the strike in Baghdad, the Times of Israel reported.

"They will witness severe revenge," Raisi told the gathering at Tehran University, referring to Trump and U.S. military leaders. "What has come so far has only been glimpses."

"Do not presume that someone, as the president of America, who appeared as a murderer or ordered a murder, may be immune from justice being carried out. Never," Raisi reportedly continued. "Those who had a role in this assassination and crime will not be safe on Earth."

Sunday marks the anniversary of the death of Soleimani, who was a top Iranian official and led the Quds Force — a designated terror group.

"Soleimani’s hands were drenched in both American and Iranian blood," Trump said last January. "He should have been terminated long ago.  By removing Soleimani, we have sent a powerful message to terrorists: If you value your own life, you will not threaten the lives of our people."

The U.S. has conducted B-52 bomber flyovers and sent a nuclear submarine into the Persian Gulf over what Trump administration officials describe as the possibility of an Iranian attack on the anniversary of Soleimani's killing.

Meanwhile, Trump has sent his own warnings to Iran. After a rocket attack on the U.S. embassy in Baghdad, Trump blamed the assault on Iran and gave some "friendly health advice."

"If one American is killed, I will hold Iran responsible," he tweeted. "Think it over."

Relations between Iran and the U.S. have been hostile throughout Trump’s presidency, under which the U.S. has launched a "maximum pressure" campaign to weaken the theocracy and stop its destabilizing terrorist activities in the region and beyond. 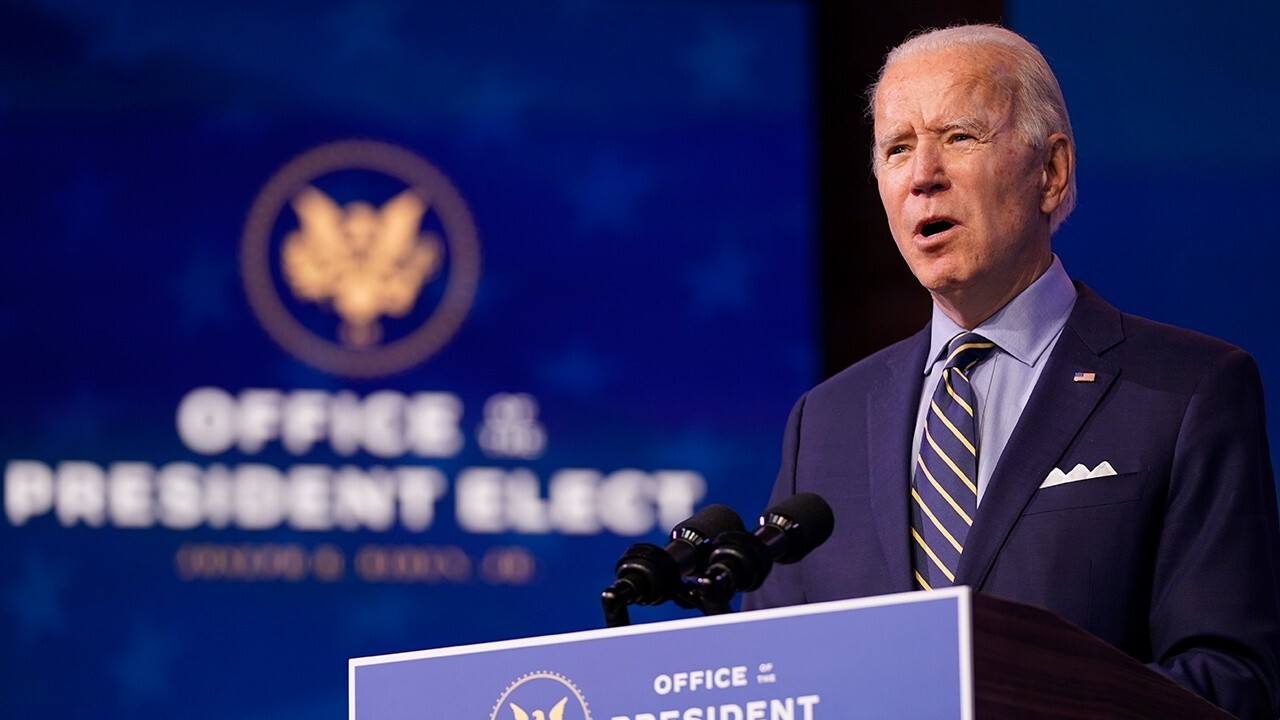 As part of that, the U.S. pulled out of the 2015 Iran nuclear deal and imposed sanctions on the nation – unsuccessfully attempting to get other countries to "snapback" sanctions on the regime late last year.

The incoming Biden administration appears poised to take a different approach to Tehran, and has promised to start negotiations aimed at re-entering the Iran deal.

Fox News' Dom Calicchio and The Associated Press contributed to this report.