Inheritance Tax UK: How grandparents can gift an ‘unlimited amount of excess income’

Inheritance Tax is somewhat controversial, often being described as Britain’s “most hated tax”. It’s a tax on the estate – meaning the possessions, property and money – of someone who has died.

Usually, there is no Inheritance Tax to pay if the value of the estate is below the £325,000 threshold.

Alternatively, normally no Inheritance Tax will need to be paid if everything above the £325,000 threshold is left to a spouse, civil partner, a charity or a community amateur sports club.

There are also ways in which people may be able to increase their threshold.

Some may opt to give away parts of their estate during their lifetime, but it is important to be aware some gifts which are given while alive may be taxed after death. 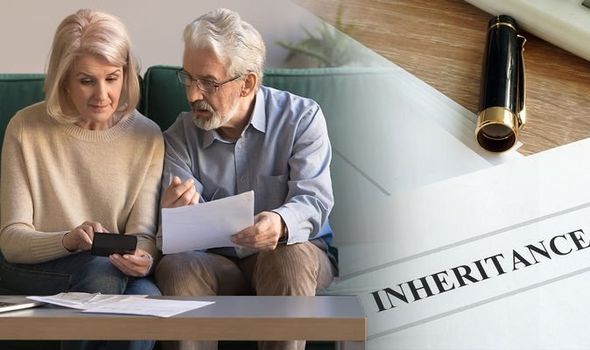 There are some reliefs and exemptions though, such as depending on when a person gave the gift, “taper relief” may mean the Inheritance Tax charged on the gift is at a reduced rate.

Richard Jameson, Partner in the private wealth team at Saffery Champness, has shared some of his expertise on the topic of Inheritance Tax, specifically focusing on grandparents who may be looking to pass on part of their estate to relatives.

He commented: “The important point for grandparents really is good Inheritance Tax housekeeping, including reviewing plans every three to five years, taking into account the grandparents’ age and the grandchildren’s circumstances as well as planning to take advantage of allowances such as the nil rate band and the main residence nil rate band.

“Good housekeeping includes maintaining records of any gifts made. Not doing so can cause headaches further down the line when an estate is being administered.”

Mr Jameson went on to detail what the gifts allowance rules mean for grandparents.

“Grandparents can benefit from the annual gift allowance which allows for £3,000 worth of gifts to be given each year and to be immediately exempt,” he said.

“If unused, the allowance can be carried over for one year.

“In addition, larger gifts will not be counted as part of an estate for Inheritance Tax purposes assuming they are made seven years before death – after three years they are then potentially subject to a sliding scale of Inheritance Tax.

“Grandparents and great-grandparents can also gift an additional £2,500 to a grandchild as a marriage gift.

“It’s simpler for grandparents to gift money to grandchildren than it is for parents to their children, as gifts made by grandparents avoid the complications faced by parents where income greater than £100 earned on the gift, say through interest, is treated as taxable income for the parent. 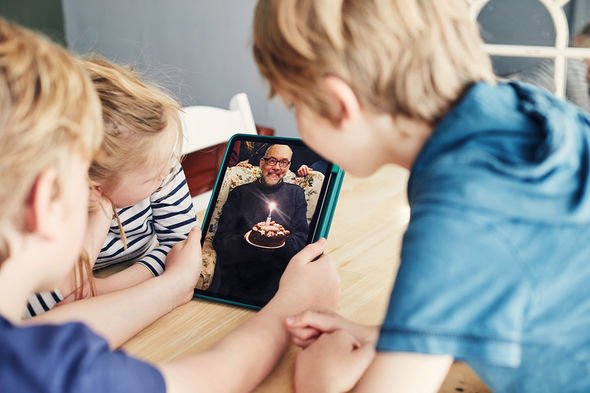 “A parent or guardian can open a Junior ISA for the child, which in most cases a grandparent can also pay into.

“In the ISA wrapper all interest earned is tax free. Any funds in a JISA will revert to the child once they reach 18, meaning it has the benefit of being more readily available to pay for things such as a first car or to help with university tuition fees.

“Grandparents with a longer term view may think about paying into a pension for their grandchild, potentially benefiting from many years of capital growth – but the child will not be able to access this until they reach 55.”

Some may want to gift more than these amounts, and Mr Jameson explained there is a way to gift an “unlimited amount of excess income”.

He said: “It is possible to gift an unlimited amount of excess income and for such gifts to be immediately exempt from IHT subject to meeting three conditions: the gifts are regular, they are made out of income, and importantly, the donor’s standard of living is not adversely impacted having made the gifts.”

Mr Jameson continued: “Grandparents might consider gifting excess income into a trust for the purpose of expenses such as school fees.

“This can provide more security and control over the funds (compared to outright transfers to a grandchild) and avoid the ‘too much, too young’ scenario that can occur with inherited wealth.

“Of course the non-tax advantages that a trust provides will need to be balanced with the administrative and compliance costs they entail.

“For some families with significant assets, it may make sense to consider skipping a generation when it comes to estate planning, with the grandparent leaving all or part of their estate to the grandchild instead of the immediate descendants.

“This can be a prudent move in some cases and avoids the prospect of inheritance tax being paid twice on essentially the same wealth, although of course the children skipped over would likely need to be in full agreement for reasons of family harmony.”