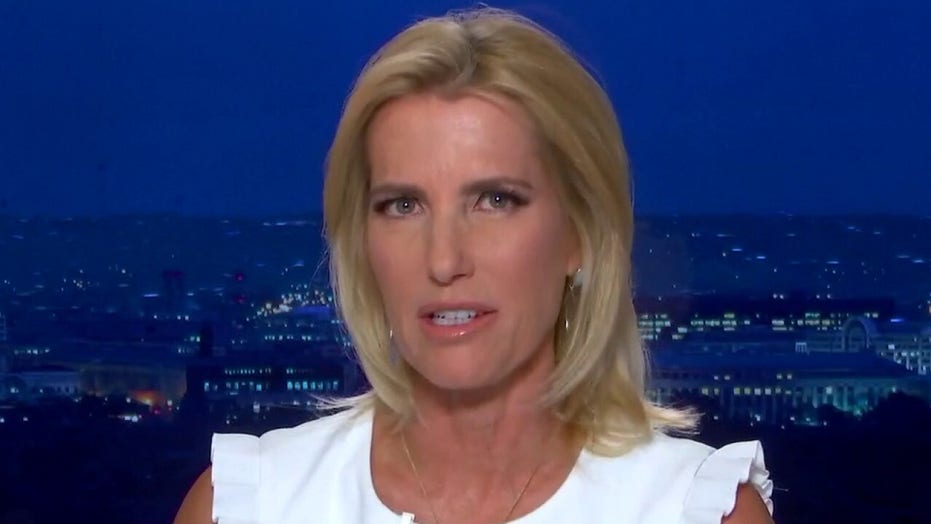 A bridge to nowhere: Ingraham reveals why infrastructure bill is the Dems’ Trojan horse

‘The Ingraham Angle’ host claims Pelosi, Democrats are playing ‘hardball’ with infrastructure package while GOP waits for a "Wiffle ball game to start"

Fox News host Laura Ingraham ripped the Senate’s bipartisan infrastructure spending package on Monday’s “The Ingraham Angle,” claiming that the country is “going nowhere good” if it ends up passing.

Ingraham sounded off on the group of GOP senators who met with President Biden in June to discuss infrastructure spending, headed by Utah Senator Mitt Romney, claiming those Republicans agreed to the bill “without even ever having read a draft.”

“Tonight, I’m going to tell you what counts as infrastructure,” Ingraham stated. “The Republicans agreed to this without even ever having read a draft of the bill. It was put together mostly by the majority party’s committee staff. Now, in June, a bipartisan group of senators led by Mitt Romney thought it was a good idea to engage with President Biden on this thing called an infrastructure bill that would cost hundreds of billions of dollars. Now, the deal included Biden’s pledge … that it would be a stand-alone. In other words, it wouldn’t be linked with this 3.5 Trillion or 4 trillion spend-o-rama that the Democrats were cooking up to pass through this thing called reconciliation, which means they only need a simple majority.” 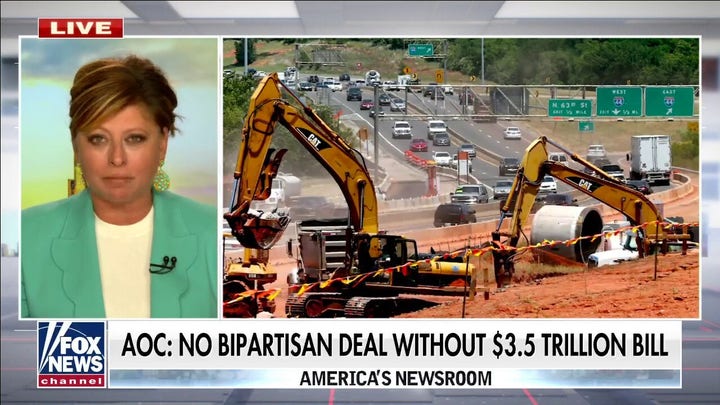 Ingraham further claimed that the Romney group, “by agreeing to this order of things,” forfeited “all” of the GOP’s “leverage” and argued that the GOP awarded Biden with bragging rights despite the president having the lowest approval rate of his tenure.

“[Pelosi] plays hardball while Republicans are waiting for a Wiffle ball game to start,” Ingraham argued. “She’s not taken up infrastructure until they get their gargantuan spending package through a simple majority vote. Simply put, by agreeing to this order of things, the Romney group gave up all of their leverage as Democrats are able to bypass them entirely on their way to a simple majority vote on a 3.5 trillion dollar package that no one’s seen.”

Ingraham called on Romney and co. to choose the “smart path” and counter Democrats by sending a clear message headed into the midterm elections that “Democrats changed the rules mid-game” and “America just needs to open up for business fully without burdensome mandates.”

“A smart path would be for the Romney group right now to reassess their support for this infrastructure deal,” she said. “Go to the voters, explain how the Democrats changed the rules mid-game and head into the midterms with a clear message that America just needs to open up for business fully without burdensome mandates, no more accounting gimmicks, and no more legislative games. We’re not going to do any of that. Otherwise, we may be rebuilding some bridges, but the country is going nowhere good.”