Ingraham: Biden is out of gas, is now America's problem denier 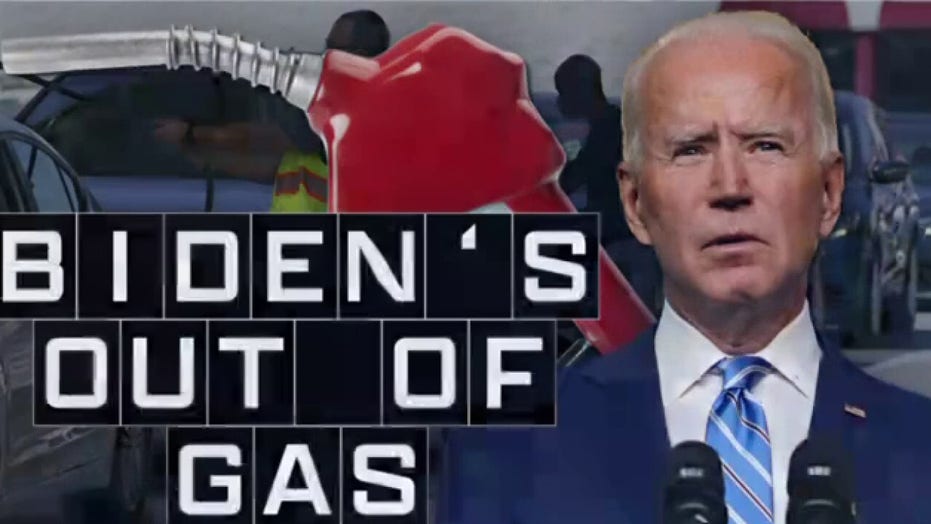 Fox News host Laura Ingraham slammed the White House over “reckless policies” on Tuesday’s “The Ingraham Angle,” claiming that President Biden’s “incompetence and radicalism are a dangerous combination” as he denies the several crises facing the nation.

INGRAHAM: Now, Democrats sold Joe Biden to the American people as a seasoned, vigorous force who could get things done … Energetic? Have you seen Biden’s schedule and a uniter by calling America systemically racist or my favorite, a problem solver, more like a problem denier … Now, for months, we’ve been inundated with video showing the sea of humanity pouring into our already very stressed nation. And it gets worse every day. The woman he assigned to fix the mess (Kamala Harris), she’s in total denial. She still hasn’t bothered to even visit the border. In fact, she hasn’t held a news conference on the matter in at least 48 days. Now, if we had an honest media, one that still possessed even a shred of integrity, they’d be raking her over the coals for this every day. This is total dereliction of duty. It kind of reminds me, doesn’t it, of a high school student who only reads the cliff notes Harris when she’s pressed about a topic, she just spouts meaningless, vague generalities …

We can just rename Biden, Joey Carter, at this point, a long-lost cousin from Delaware of our 39th president. But when you think about it is quaint, the old Jimmy Carter years. Last night, we spelled out all the similarities, a deteriorating situation with Iran, terrorists emboldened and the growing threat of stagflation. There’s even a refugee crisis. Remember the Mariel boatlift? The only thing missing is Biden in a red cardigan sweater by the fireplace. But at least Americans can rest assured that Joe has the best interests of his own citizens at heart or not.

Biden cannot “aw, shucks, my granddad used to say” himself out of this dire situation that his team has gotten us into. Incompetence and radicalism are a dangerous combination, and those are his two defining traits right now. Just as more of America is starting to open up, his reckless policies risk shutting us down. Trump warned America that sleepy Joe was out of gas and now millions of Americans may soon be as well.