Hunter Biden’s new memoir “Beautiful Things” and its ensuing promotional tour have been marked with frankness and self-effacement when it comes to his past struggles with addiction — while that same drug use has been drawn upon to support claims of forgetfulness when it comes to other scandals.

In the book, the president’s son wrote he could not remember having sex with a stripper who then had his child, and in a recent interview with CBS News he said he could not recall whether or not he went to a Delaware repair shop and dropped off a laptop that ended up being the center of a New York Post report at the height of his father’s presidential campaign.

“I’m not proud of it. It’s why I would later challenge in court the woman from Arkansas who had a baby in 2018 and claimed the child was mine — I had no recollection of our encounter,” Biden wrote. “That’s how little connection I had with anyone. I was a mess, but a mess I’ve taken responsibility for.”

An Arkansas judge ruled in January 2020 that Hunter Biden was the father of the woman’s child. The court’s order said DNA tests made that fact clear.

While the child was a personal issue, the laptop became a major issue in his father’s campaign, as it included emails that appeared to be between him and associates that detailed business dealings with Ukraine and China and raised questions about his father’s possible involvement.

The Biden campaign never denied the authenticity of the laptop, which had been dropped off at a Delaware computer shop before the store owner turned it over to the FBI. Then-candidate Biden claimed the reports about the laptop were part of a “smear campaign” and linked it to Russian disinformation efforts.

When asked during a CBS interview whether the computer was in fact his, Hunter Biden claimed ignorance due to a drug-addled memory.

He did admit that it is possible that the laptop was really his. 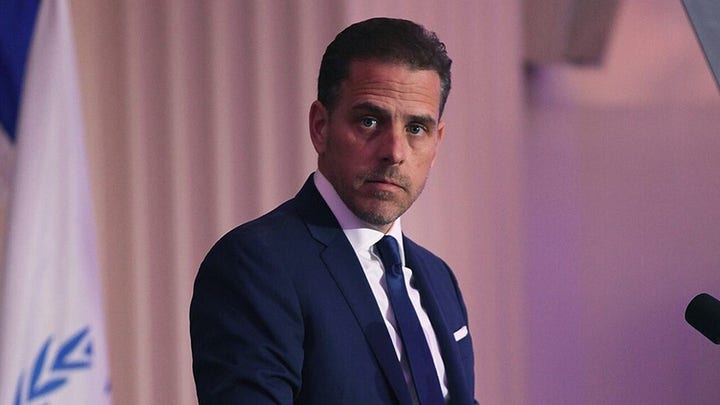 He explained his forgetfulness by saying that if one reads his book they would “realize that I wasn’t keeping tabs on possessions very well for about a four-year period of time,” an apparent reference to when he was addicted to crack cocaine.

Hunter Biden said he did have detailed memories of other times during that period, such as when his family staged an intervention. He recalled that after going to his mother’s home under the impression that there was a family dinner, he found family members including his children waiting for him, alongside rehab counselors.

He recalled that he tried to run away but his daughters blocked him from getting into his car, and his father exited the house to hug him and “cried for the longest time.”

Hunter Biden also poked fun at himself, saying that on multiple occasions when desperate for crack, he would search for traces of the drug, only to sometimes end up smoking parmesan cheese or white cheddar popcorn by mistake.