THE name of the hotly-anticipated next Call of Duty game may have finally been revealed.

A prominent leaker has claimed that the blockbuster first-person shooter, rumoured for release in November, will be called "Call of Duty: Slipstream". 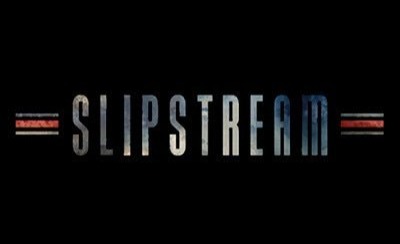 Writing on Twitter on Wednesday, gaming insider Tom Henderson also shared what he says is the as-yet-unannounced game's logo.

Speculating as to the time period the game might be set in, Henderson told his 42,000 Twitter followers: "Looks very WW2 to me."

CoD publisher Activision, which is based in Santa Monica, California, is yet to acknowledge that it's making a new entry to the franchise.

However, it's safe to assume that one is in the works. The company typically launches a new Call of Duty game in November each year.

According to Henderson, the upcoming title's name was confirmed on Battle.net, a gaming and social networking service.

The game was previously listed as "Call of Duty 2021" but has not been changed to "Call of Duty: Slipstream", he said.

The logo of the game on the service, which is operated by World of Warcraft creator Blizzard, also changed, Henderson added.

Fans speculated that "Slipstream" could hint we're in for an aerial-themed Call of Duty that may be set during World War 2.

While the Battle.net changes may hint at the game's real name, we'd take this news with a heaping spoonful of salt.

Blizzard is not connected with Activision, so the likelihood that Battle.net got the name memo before anyone else is unlikely.

It's possible "Slipstream" is a codename for the game used as a placeholder by developers. Henderson admitted as much in a follow-up tweet.

On top of that, while Henderson has leaked plenty of details about upcoming games before, he's had a pretty mixed hit rate,

Some of his information – often gathered from anonymous sources – turns out to be true, while some doesn't.

We won't know anything concrete about the next Call of Duty until Activision announces the shooter.

We're just a few months away from the game's rumoured release, so gamers can expect an unveiling in the next few weeks.

In other news, a major video game maker appears to have accidentally leaked one of the first games coming to Nintendo's next console.