CALL of Duty: Black Ops Cold War and Warzone are getting spooky for Halloween.

The Haunting is back, bringing horror icons to life in-game with ghosts, and zombies, and killers – oh, my! 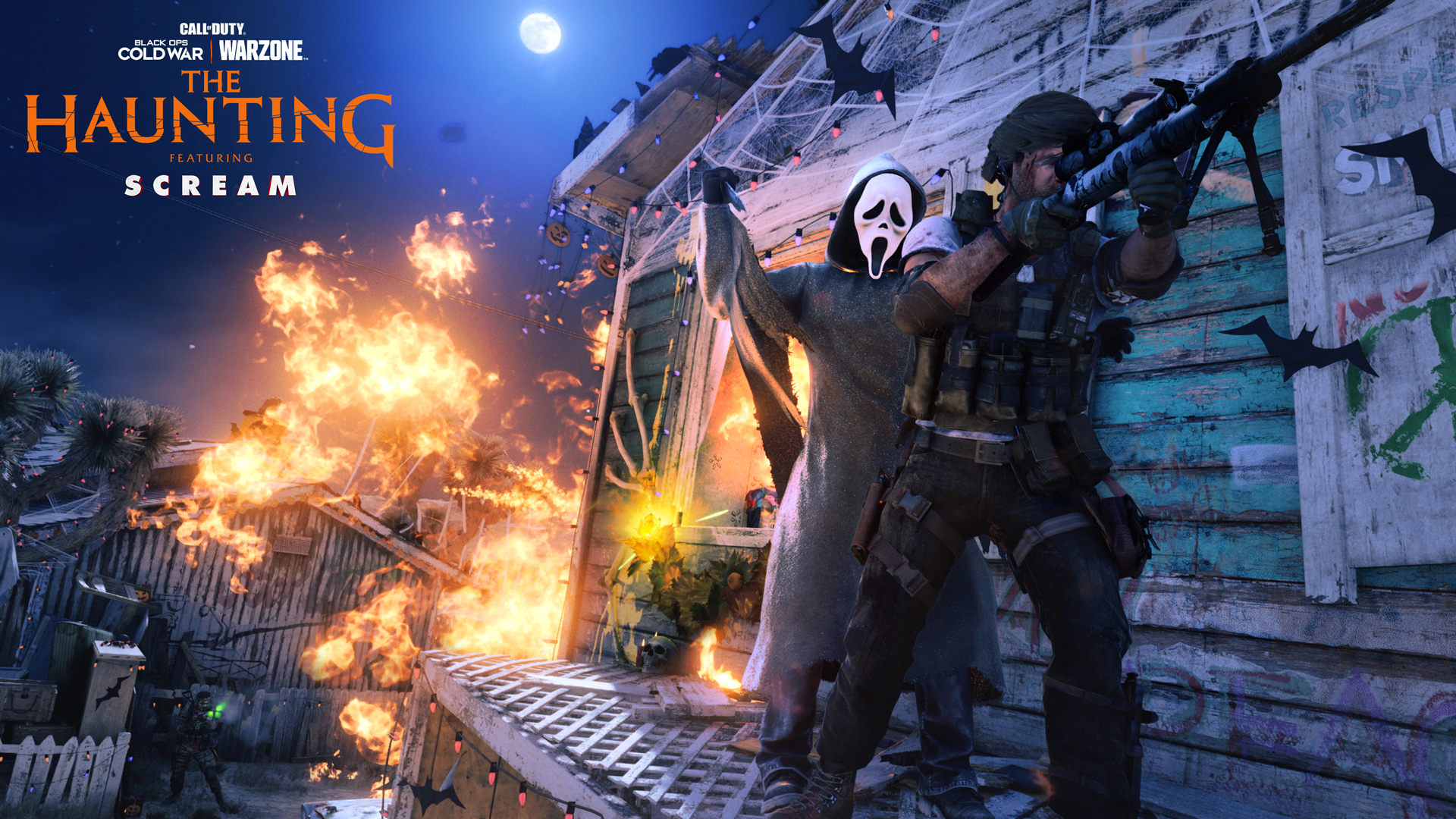 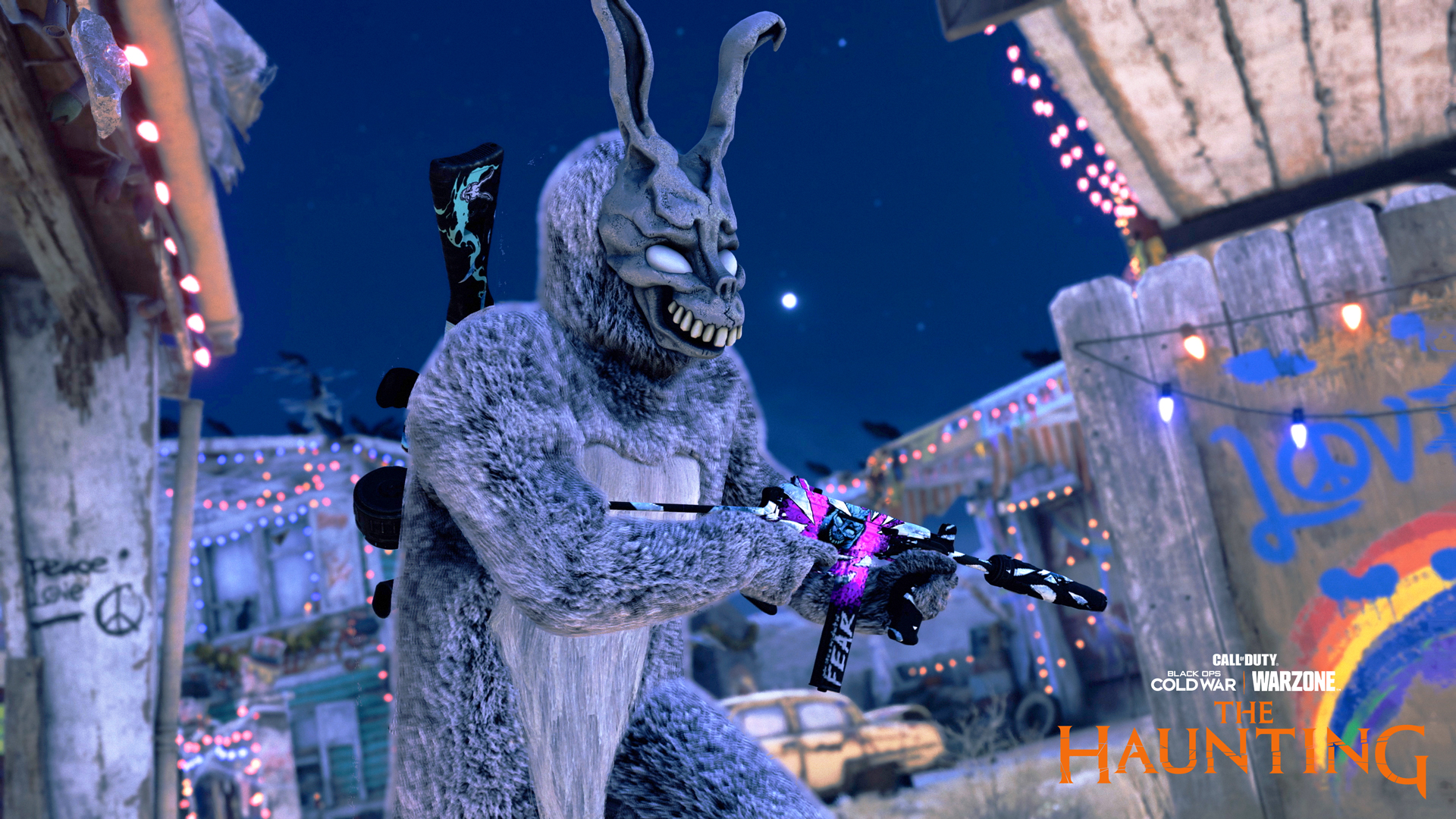 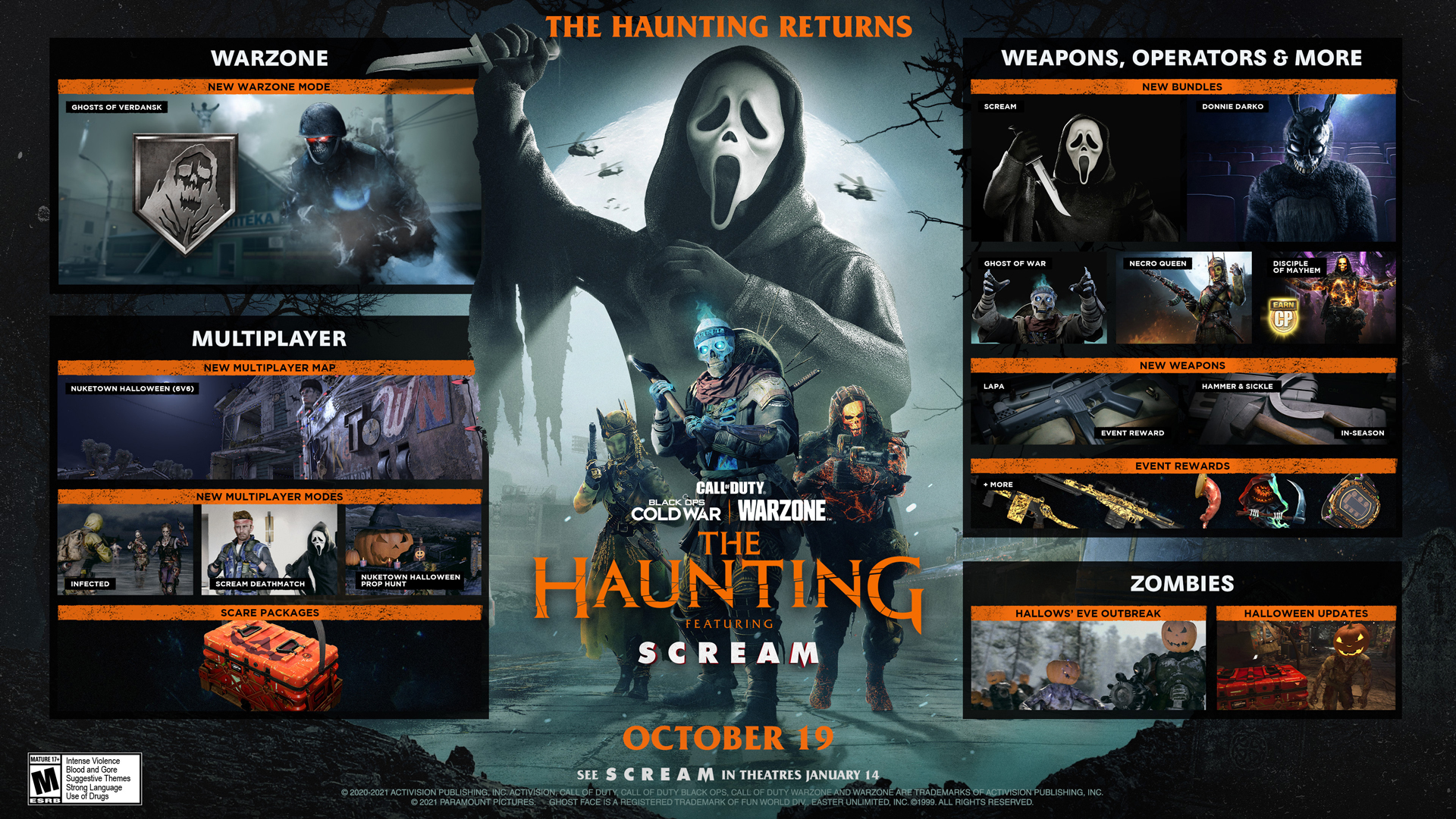 Running from October 19 to November 2, there's plenty of spooky content dropping in Warzone and Cold War.

From new modes and weapons, to horror-themed skins and bundles, here's what's in store and how to get hold of the new content.

Want to scare the living daylights out of fully grown adults toting around assault weapons and decked out in tactical gear?

A flimsy robe and a cheap mask ought to do the trick, and happily the collab for the new Scream movie will let you do just that.

A standalone operator, Ghostface is available from October 19 in Multiplayer, Zombies, and Battle Royale.

The Violent End Finishing Move can be performed by all Operators, but only one of them is going to carry it off flawlessly in their Halloween Haute couture.

Rabbits can be scary – you only need to have read Watership Down to have discovered that.

Donnie Darko's Frank the Rabbit is no General Woundwort, but he'll be available from October 24 in Warzone and Cold War.

The bundle includes the new Operator skin Baker as well a Finishing Move that pays homage to the movie. Here's what you'll get:

All of the Weapon Blueprints come with Purple Electric Tracer Fire and "other shocking effects."

The Sky is Falling Finishing Move can also be used by any Operator, as well as Baker.

Tracer Pack: Disciple of Mayhem Ultra Bundle will be dropping after that, and includes an Operator Mission that unlocks COD Points, and an Ultra-rarity Operator Skin Variant once you've completed it. It features:

On Halloween itself, the Tracer Pack: Lumens Maxis Ultra Bundle will appear. It includes:

Activision has also teased an "Ultra-rarity Skin specific to Naga" which will debut in the Store on Friday, October 22.

The Haunting Event and the LAPA SMG

As outlined in the blog post, The Haunting will roll out two sets of nine challenges – one in Warzone, and one in Cold War.

There's a total of 19 rewards, including Weapon Blueprints. Completing all nine in either game will net you a bonus in the form of the LAPA SMG.

It's a jam-packed update and you can read more about the upcoming modes and challenges on the blog. 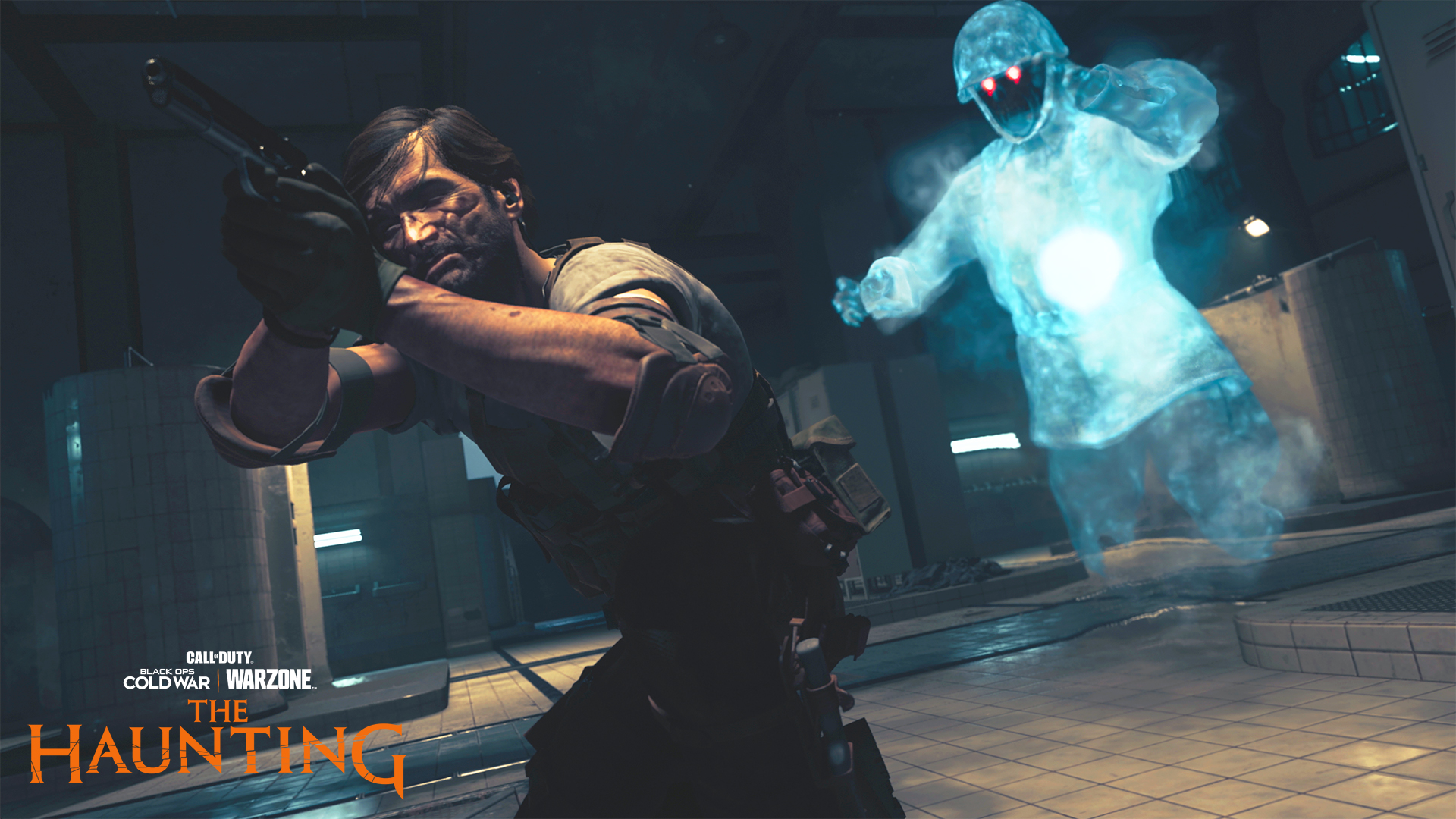