Mike Bloomberg is out of the presidential race, but his fortune is staying in. The billionaire former New York mayor promised to spend “whatever it takes” to defeat President Donald Trump as he endorsed former Vice President Joe Biden on Wednesday.

He will apparently do so through a new, yet-to-be-named super PAC, according to The Washington Post. That super PAC will allow him to continue pumping money into the presidential race in the same way he did as a candidate ― allowing him to gain ever-increasing levels of political influence. Thanks to a yearslong effort by politicians to gut campaign finance laws, little stands in the way.

Over the 10 years since the Supreme Court’s Citizens United decision freed corporations, unions and wealthy individuals to spend freely on independent political efforts, the law meant to make that spending from being coordinated with candidates has been chipped away. Bloomberg and Biden won’t be allowed to discuss campaign specifics, and Biden can’t solicit contributions from Bloomberg in excess of the $2,800 donation limit to his own campaign.

But otherwise, almost anything is on the table.

“The only thing (Bloomberg) can’t do is talk to Biden and Biden’s people about how he’s going to spend his fortune,” said Paul S. Ryan, a campaign finance law expert at citizen advocacy group Common Cause.

What was once intended to be a full ban on coordination between campaigns and independent spenders has become a rather light restriction on actual collaboration. This is because of several decisions and deadlocks by the Federal Election Commission that have either given the green light or provided no guidance on a range of activities that could be seen as coordination. 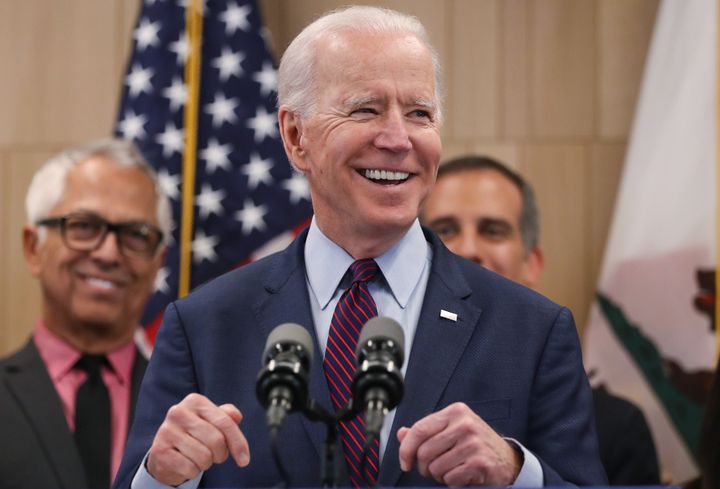 No rules will prevent preventing Biden from appearing at an event hosted by Bloomberg’s new super PAC. Nor will any rule prevent the two from holding a private meeting, although they might need an additional person in the room if it were to constitute a fundraising event.

Bloomberg’s super PAC could entirely pay for rallies that Biden appears at or host conference calls or other public communications featuring the candidate. This is what the super PAC backing 2016 Republican presidential candidate Carly Fiorina did.

Bloomberg’s super PAC could also spend big money to help Biden raise small dollars. A large proportion of digital ads are simply fundraising asks for small amounts of money. The super PAC that back the failed 2020 presidential bid by Washington Gov. Jay Inslee (D) spent big on Facebook ads asking for single-digit contributions. This helped Inslee meet the small-donor qualifications to make the debate stage in the during the race’s early stages.

Almost every campaign run today posts “b-roll” footage of the candidate engaged in relatable activities like visiting a factory or shaking hands with children on its website. The footage, once it is publicly available, can be used by the supportive super PAC for its ads without running into the coordination ban.

Perhaps the biggest area where Bloomberg and Biden could work together is non-purchased digital media, such as posts on social media rebutting negative press, as that also falls into the area of publicly available information. 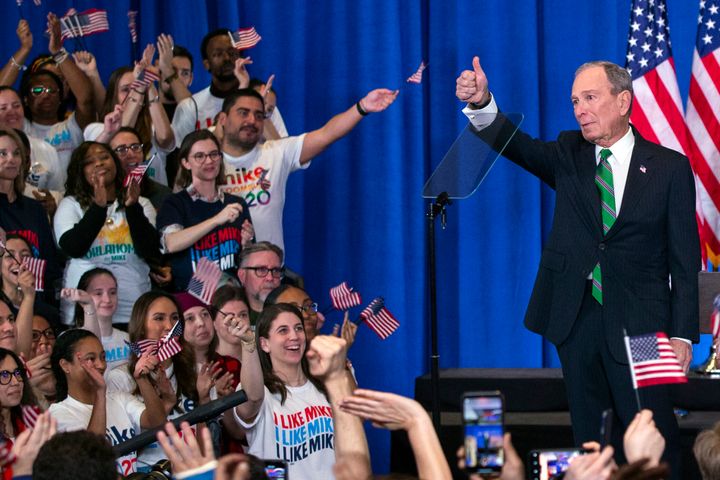 In 2016, a super PAC called Correct the Record announced it “will be allowed to coordinate” as it produces research and rapid response communications “designed to defend Hillary Clinton,” that year’s Democratic presidential nominee. The super PAC justified this because the communications were all publicly available. Research it produced was posted on its website for all to see and its rapid response was done through public-facing platforms like Twitter, Facebook and Instagram. The campaign could then pick up any of this information to use it as it wished.

The Republican FEC commissioners dismissed a complaint lodged against the coordination.

Since Bloomberg’s presidential campaign was hailed for its social media prowess, this could be a fruitful area of collaboration. At least, so long as it does not engage in paid social media advertising. But this practice was controversial when Clinton did it and would raise hackles among campaign finance reformers and produce complaints with the FEC. It could be a risky bet.

Then again, the FEC is not in position to regulate any of these activities. The commission has only three commissioners, one too few for a quorum to operate. It has been unable to issue rulings, process complaints or even issue public funds for presidential candidates who have since dropped out that wanted them.

This could provide free rein for candidates like Biden and super PACs run by the likes of Bloomberg. There remains, however, one overseer of campaign finance law: the Department of Justice overseen by Attorney General Bill Barr. The risk of a legal matter coming before Barr’s DOJ and leading to an FBI investigation is, for now, the only real check on campaign finance.