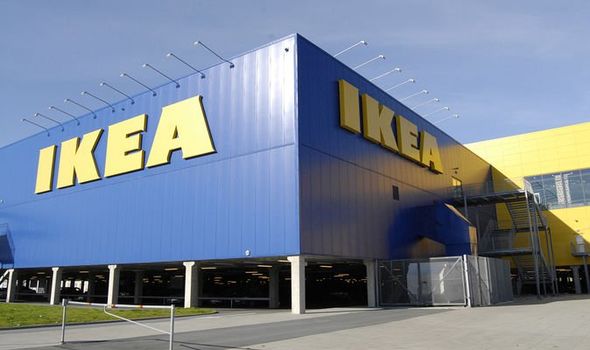 With its meatballs, stacks of tea lights and sometimes unpronounceable names, Ikea entered Britain’s design conscience with the opening of its first-ever UK store in Warrington 34 years ago. Back in 1987, our living rooms were as dreary as our weather, furnished with patterned sofas and swirly carpets in muted oranges, browns and greens.

The idea you would have a “concept” for a bedroom, kitchen or, God forbid, a bathroom was anathema to most Britons ‑ unless they were part of the aristocracy or went to art college. But that all changed with the arrival of Ikea, which revolutionised the way we thought, bought and felt about our furniture.

Founded in 1943 by Swedish businessman Ingvar Kamprad as a mail-order sales business in the forest town of Älmhult, the brand introduced sleek Scandinavian chic to the world via its visionary vow “to create a better everyday life for the many people”.

By the millennium we were in thrall to one-way shopping systems, iconic Billy bookcases ‑ and, yes, those meatballs. We purchased chests of drawers, storage systems, furry rugs and canvas prints, snapping up Korken jars and house plants by the dozen.

Ikea became such a sensation that its catalogue, discontinued in 2020, reportedly distributed more copies a year globally than the Bible.

Today, with 22 UK stores among its 462 outlets in 29 countries, Ikea continues to expand, its latest move the £378million acquisition of Topshop’s former flagship Oxford Street store as part of a shift to city centre locations.

“Even though online shopping continues to accelerate at a rapid pace, our physical stores ‑ large and small ‑ will always be an essential part of the Ikea experience,” explained Peter Jelkeby, retail manager of Ikea UK & Ireland.

“Bringing Ikea to the heart of Oxford Street is a direct response to these societal shifts and an exciting step forward in our journey to becoming more accessible.”

But just exactly how did this retail behemoth transform our homes and steal our hearts, along with our wallets?

Deborah Sugg Ryan, professor of design history and theory at Portsmouth University, says Ikea furniture was the first brand of its kind that could be considered “classless and democratised”.

Although good design had arrived in 1964 courtesy of Sir Terence Conran’s first Habitat store, only wealthy, mostly urban customers could afford its upmarket homeware and furnishings.

“Habitat catered for a middle class, Metropolitan taste, and was more impactful in cities in the south of England, whereas Ikea launched in Warrington in the north and came in with a low-cost price point,” says Deborah, the presenter of BBC Two’s A House Through Time. “You could just go in and spend a few pounds.”

The firm initially wanted to open near London, but chose the north-west because it was invited by the Warrington and Runcorn Development Corporation to be part of its regeneration plans.

This first store helped spark the flat-pack furniture revolution. It also created a new type of shopping experience, according to independent expert, and author of The Retail Champion, Clare Bailey.

“Ikea was one of the first retailers to make quality things that were affordable ‑ but the affordability was because the customer experience wasn’t necessarily there,” she says.

“People accepted that and it led the way for brands such as Aldi and Lidl where we buy quality products at lower prices while agreeing to a slightly chaotic shopping experience and longer queues.”

What Ikea also offered for the first time ever, was a maze-like shopping route that encouraged ‑ or forced, depending on how you view it ‑ shoppers to walk past entire room concepts rather than heading to a section of beds or desks lumped together.

“The layouts allowed people to imagine themselves in that space, and to inhabit it, because it was not behind a rope like a room in a National Trust property would be,” continues Deborah. “With Ikea, you could open a drawer and sit on the sofa. It’s a sensory experience.”

The brand instinctively understood what people were looking for ‑ a shopping experience.

“People go to Ikea for a day out,” she says. “They eat in the cafe and put their children in the creche. There’s this brilliant episode of The Simpsons where Homer tells Bart and Lisa that they’re going to a theme park when they’re really going to Ikea.

“That was a rolling joke with my children when they were little.”

Now we all search online for rooms embodying Hollywood glam and seaside elegance, and think of interior design as a lifestyle choice as individual as the shoes we wear.

But that’s exactly what Ikea offered before the internet’s arrival. Not that its success was instant.

The 1996 advertising campaign “Chuck Out Your Chintz” helped popularise the brand. The one-minute television ad, accompanied by the slogan in song form, saw British housewives tear down their floral curtains, roll up tired carpets and sling out their frill-laced lamps and doilies into a street skip.

“It was good because it spoke directly to women, and it is women who make the majority of decisions about purchases for the home,” says Deborah.

“It basically said that women are modern and they have shaken off some of their traditional roles, but their houses haven’t moved on ‑ if they’re going to be truly modern, they need to modernise their houses as well.”

Huge social, cultural and political changes were sweeping the country at the same time. Britpop had made Britannia “cool” again, the Spice Girls were singing about “Girl Power” and, in 1997, Tony Blair’s Labour government ousted John Major’s Conservative party with a pledge to build a modern and democratic Britain.

“There was even a Daily Express headline that stated ‘Downing Street chucks out its chintz’ when Tony Blair came in,” laughs Deborah. “It felt like we were living in a new Britain.”

Then came the home improvement craze of the late 1990s and early 2000s, with the flamboyant designer Laurence Llewelyn-Bowen who redecorated outdated interiors with ostentatious designs on BBC One’s Changing Rooms.

It was a cultural phenomenon and soon television schedules were packed full of home improvement shows ‑ Sarah Beeny’s Property Ladder, DIY SOS, Homes Under the Hammer and Kirstie Allsopp’s Homemade Home, to name a few.

Where did people go to buy the bits they needed to create their dream home? Ikea, of course. These days, Clare believes the brand remains a business disruptor because it has “always looked to do things differently”.

“Ikea was among the first companies seeking green initiatives, and a sustainability agenda, but they’ve always been quiet about it,” she says. “They never really shout ‘look at us’ and that’s why customers like them.”

Ikea was also one of the first companies to embrace augmented reality, enabling customers to place an Ikea catalogue on their floor and select a product they want to see in that space using a smartphone app.

In the noughties, it learned to embrace DIY bloggers, known as “Ikea hackers”, who encouraged people to upgrade, personalise or restyle their mass-produced designs. But it’s not afraid to shake off the past either.

Just think of the interest in Carrie Johnson’s £850 rolls of Downing Street wallpaper, which reignited interest in chintz, and was aped on Ikea designs albeit in a contemporary style.

And while living under three lockdowns over the last 18 months unsurprisingly led to a boom in home improvements spending ‑ worth an estimated £110billion ‑ Ikea understands people still want to go to the shops.

“Ikea has an online proposition and for the big stuff, you can still walk around a showroom and have it ordered for home delivery, but now they’re putting their smallest stuff, such as home accessories and candles, in city centres where there are high populations of students and renters,” Clare says.

The firm has opened city-centre stores in Madrid, Moscow, New York, Paris and Tokyo since 2019. Its Oxford Street store will open in autumn 2023, following a new Hammersmith store in west London this winter. Deborah agrees that shops remain important.

“My parents bought a sofa online in lockdown and they’re really disappointed with it as they didn’t see it physically first,” she says.

And as if to support her argument, she’s off to Ikea straight after our interview. “I’ve got a click and collect order to pick up and an extra pair of curtains to return but I know I won’t be able to resist a purchase,” she admits. “I always wander through the marketplace and pick up something I didn’t know I needed.” It sounds very much like the rest of us.

Leader of the pack

The late Tory minister, diarist and philanderer Alan Clark once damningly dismissed his cabinet colleague Michael Heseltine as someone who “bought his own furniture”. But the truth is, the majority of Britons are not overburdened with antique pieces and family heirlooms, writes Matt Nixson.

In fact, I suspect much late 20th / early 21st century furniture is designed and built to be disposable. Not for most of us the mahogany sideboards, carved bedsteads and heavy-dark dining tables of our forebears.

With living space at a premium, Ikea’s cheap and cheerful, flat-packed furniture (and its many more recent imitators) has been a godsend.

Growing up in Cheshire, I remember the arrival of Ikea in Warrington and those exciting early visits as a young teen. There was something bright, clean and optimistic; even the names were fun. Within a couple of years, we’d thrown out most of our old furniture and replaced it with pine and laminated MDF from Ikea.

What antique furniture we had ‑ from memory ‑ was burnt on the bonfire or taken to the tip. But here’s the funny thing, while my attic is full of now-replaced Billy bookshelves, some of my early Ikea furniture has endured.

My brother is the proud owner of my coffee table. Purchased in my late teens, it followed me to university and later London.

And, believe it or not, there are now specialist furniture dealers trading in “vintage” Ikea wares. So perhaps Britons will start handing down their furniture, after all?