Home » World News » Harley-Davidson just launched a new line of electric bikes which will cost up to $5,000 as the pandemic sends e-bike sales soaring

Harley-Davidson just launched a new line of electric bikes which will cost up to $5,000 as the pandemic sends e-bike sales soaring

Serial 1 Cycle Company, the electric-bike sub-brand launched last month by Harley-Davidson, opened up preorders for its inaugural four models Monday, releasing details about its new e-bikes for the first time.

Like Harley's motorcycles, the Serial 1 e-bikes don't come cheap. So far, the cheapest one costs $3,400, while the most expensive one retails for $5,000. That makes Harley's bikes quite a bit pricier than commuter bikes from popular brands like VanMoof, Rad Power Bikes, and Super73 — but the prices aren't so outrageous when you consider that e-bikes from Specialized and Trek can easily stretch past the $10,000 mark.

Harley-Davidson has teased its e-bike ambitions since at least 2019, when the company showed off three prototypes at Milan's EICMA Motorcycle Show. Now, the firm's official launch into the e-bike market comes as it faces an aging customer base for its motorcycles, and as e-bike sales skyrocket during the pandemic.

All of Serial 1's bikes sport an aluminum frame, integrated battery, and a mid-mounted motor. 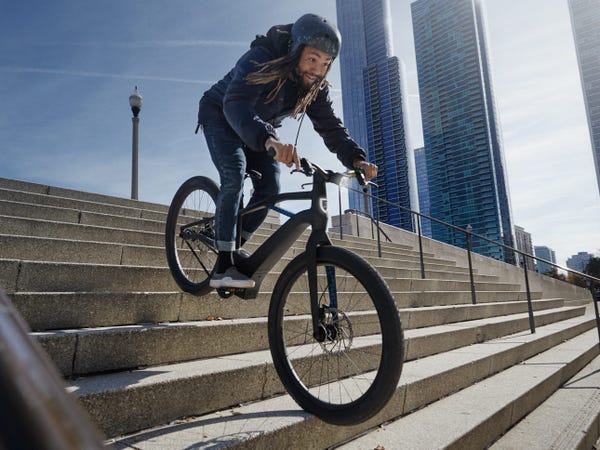 They each have built-in lights in front and back, along with internally routed cables. That makes for a fairly sleek look. 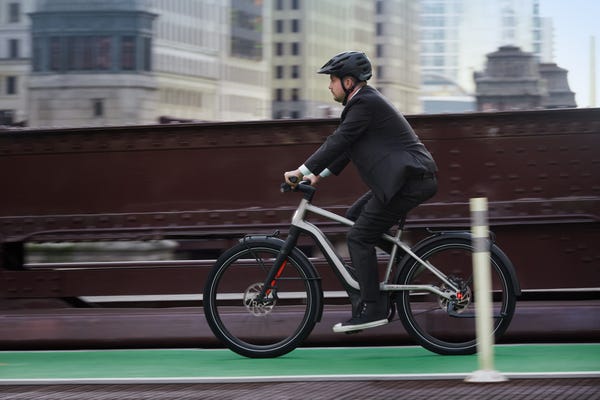 Instead of a chain, the bikes utilize a belt drive, which should cut down on maintenance. 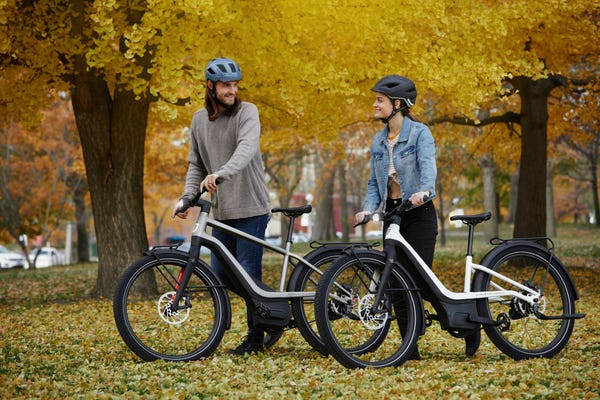 All the bikes use a pedal-assist system, meaning that there's no throttle. Instead, the electric motor helps out when it senses that the rider is pedaling. 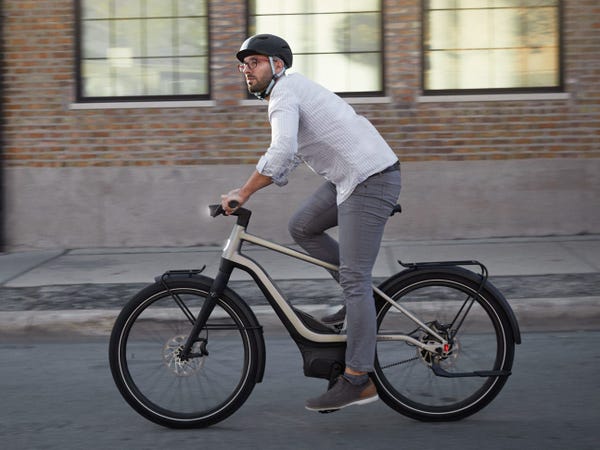 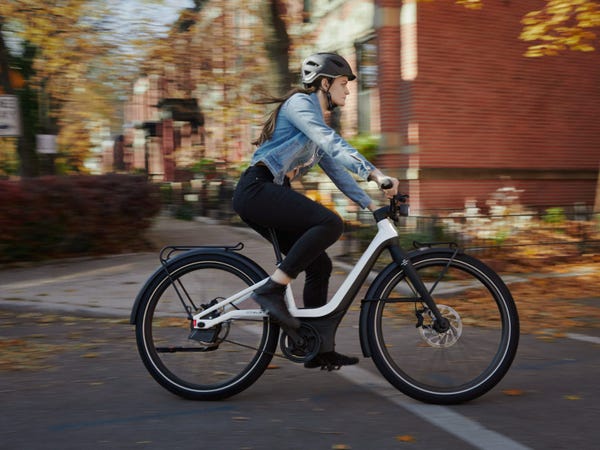 There's also a walk-assist button that gives riders a little extra help when lugging their bike uphill or across town. 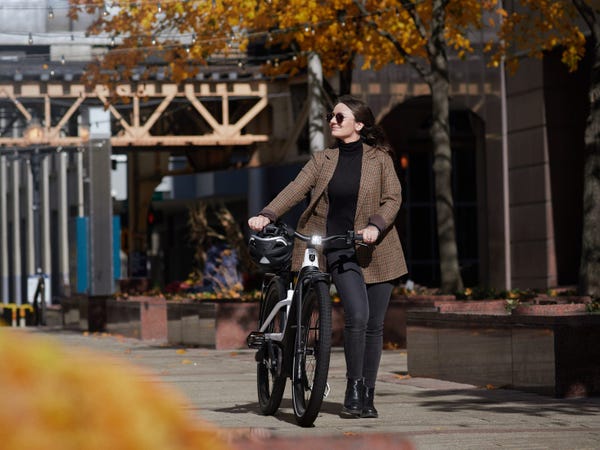 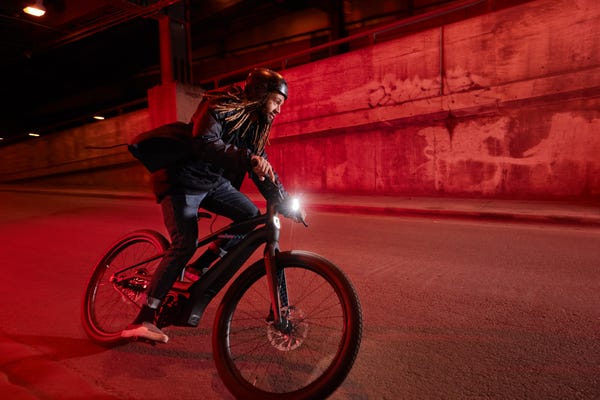 Starting in the spring, riders will be able to connect their bike to an app via Bluetooth to see "key rider data." 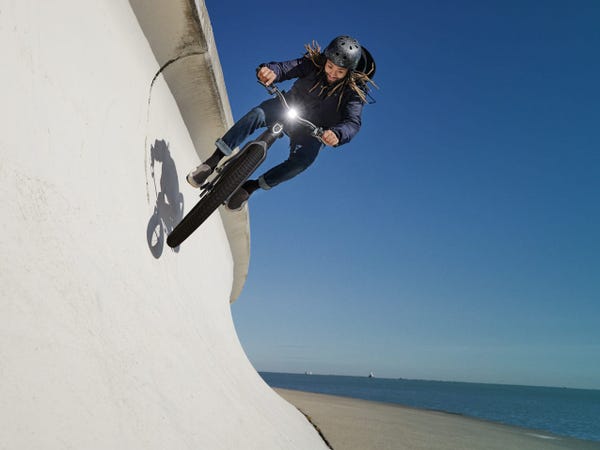 The base-model Mosh/Cty costs $3,399 and doesn't have some of the features of its more expensive siblings, like a storage cubby, integrated racks, gear shifters, or a digital display. 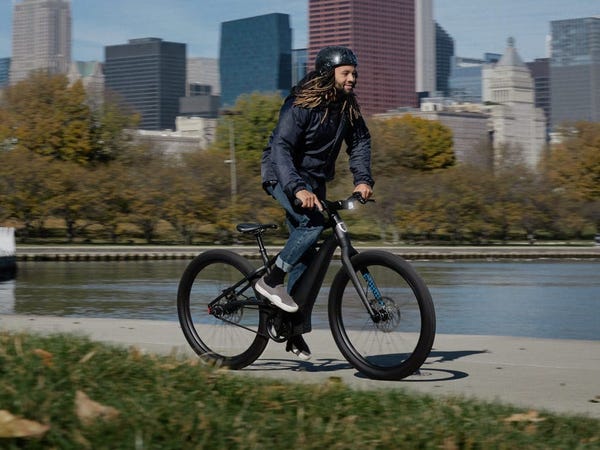 It has a range of 35 to 105 miles, the company said. The bike can hit a top speed of 20 mph, like all of the Serial 1 models aside from the Rush/Cty Speed. 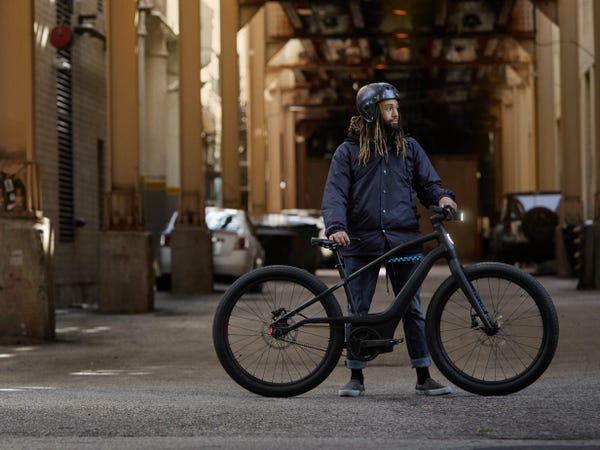 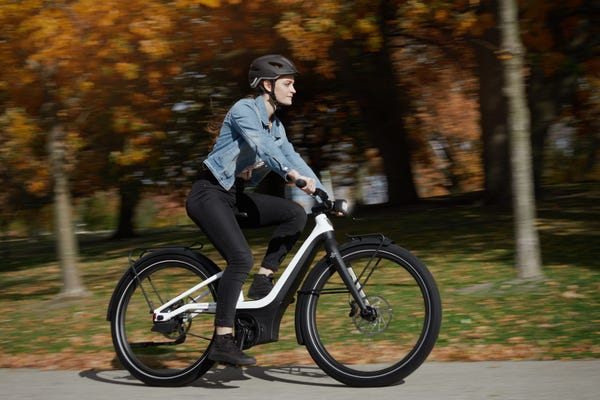 All the models aside from the basic one feature a transmission that shifts gears automatically. 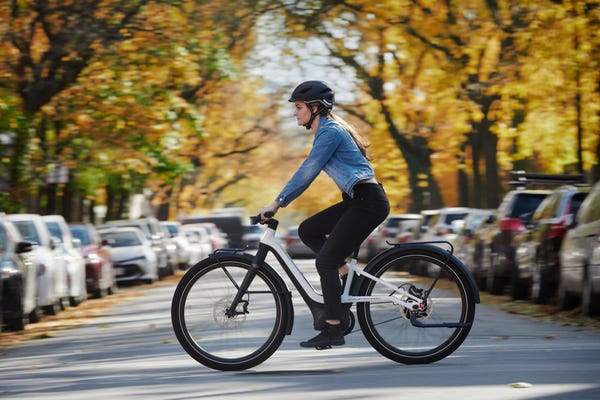 The Rush/Cty retails for $4,499 and has a slightly bigger battery than the Step-Thru model, giving it a claimed range of between 35 and 115 miles. 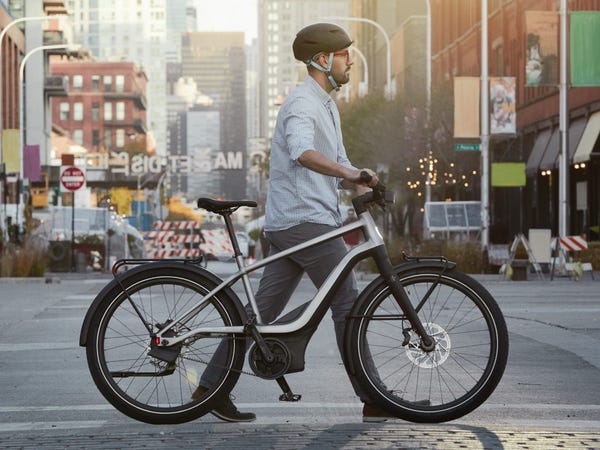 The range estimates are so broad because range varies drastically depending on the level of pedal assist and the terrain one rides on. 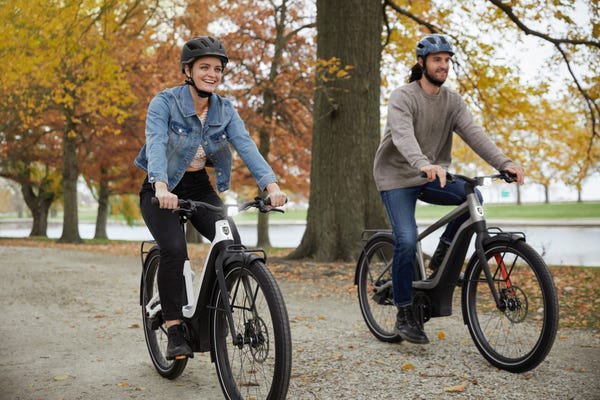 The $4,999 Rush/Cty Speed is the only one of Serial 1's offerings that can hit an assisted speed of 28 mph. 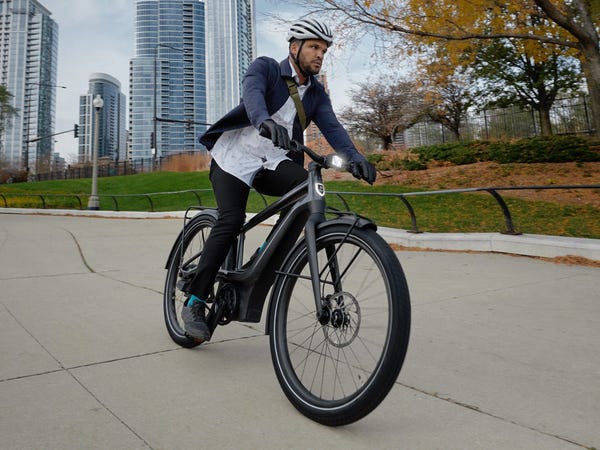 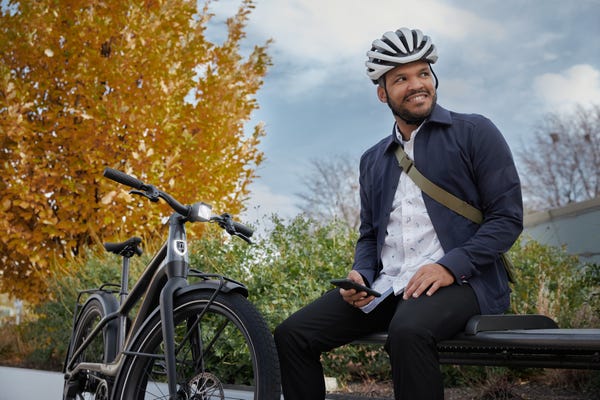 Harley-Davidson's Serial 1 bikes are now available for preorder, with deliveries starting next spring for most models. Deliveries of the Speed version begin next summer. 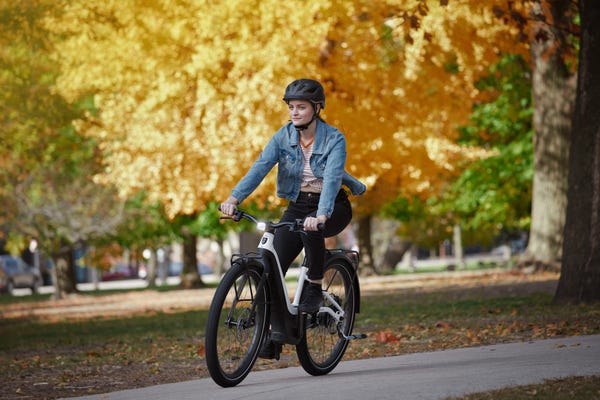