Home » World News » Handy Hotstock web tool lets you know when PS5 is back in stock at Amazon, Gamestop, Argos and more

Handy Hotstock web tool lets you know when PS5 is back in stock at Amazon, Gamestop, Argos and more

A GENIUS website is promising to help you bag a PlayStation 5 when the sought after console is next in stock.

Hotstock offers real-time product tracking across multiple major stores, and will alert you when something is available to buy. 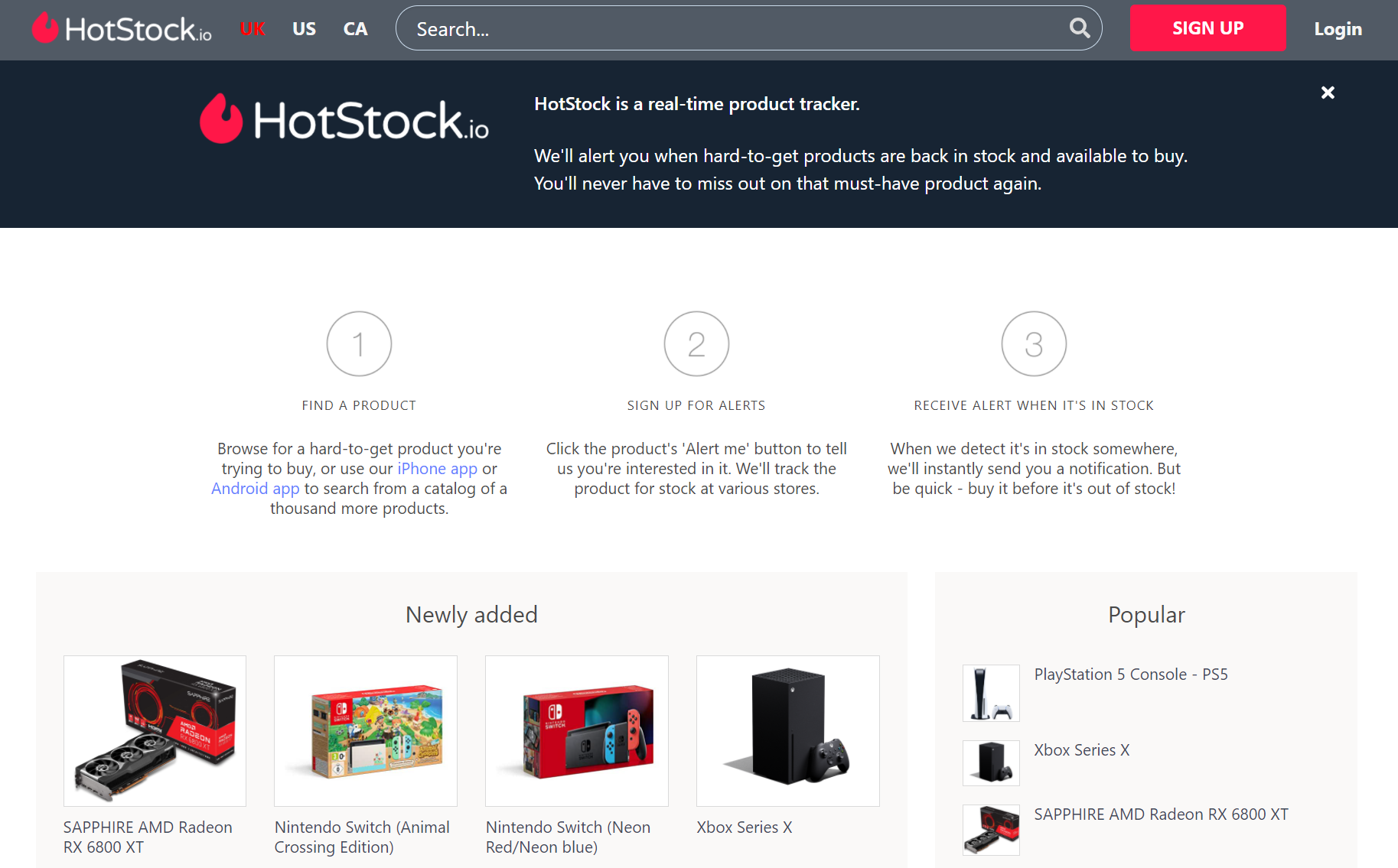 As well as console like the sold-out PS5 and Xbox Series X, the site can also track online stock of virtual reality headsets like the Oculus Rift.

It's available to people in the UK, US and Canada.

"We'll alert you when hard-to-get products are back in stock and available to buy," Hostock says on its website.

"You'll never have to miss out on that must-have product again."

To use Hotstock to track PS5 stock, first make sure you've selected the correct region in the top left of the website.

Search "PS5" in the bar at the top and select the console you're interested in from the dropdown menu.

You'll then be presented with a list of major stores, each labelled as either in or out of stock.

Chances are, they're all out of stock. Hit the "alert me" button and sign up to receive email alerts when stores restock.

Sony launched two versions of the PlayStation 5 on November 19.

PlayStation 5 and Xbox Series X – when did they launch and how much do they cost?

Microsoft launched the Xbox Series X and its smaller, cheaper sibling, the Series S, on November 10.

The release date covered the UK, US, Australia and a bunch of other countries worldwide.

So how does that compare to the new Xbox's biggest rival, the PlayStation 5?

The PS5 launch fell on November 12, but not everywhere.

That date only stood for the US, Japan, Canada, Mexico, Australia, New Zealand and South Korea.

UK gamers had to wait until November 19 to order one of the consoles.

All four consoles are sold out around the world, with stock seesawing in and out of availability over the past few weeks.

Xbox gamers, on the other hand, have a new Halo title to look forward to next year.

Are you team Xbox or PlayStation? Let us know in the comments!