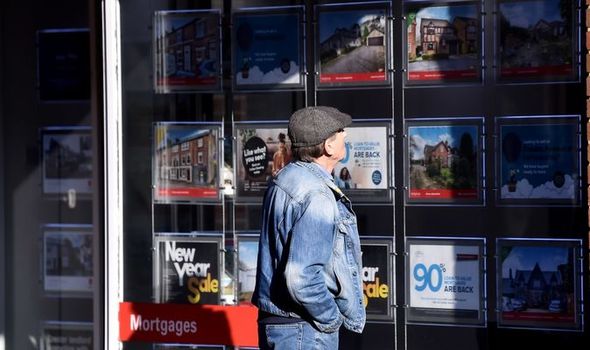 But just under one in ten (nine percent) admit they have no idea exactly how much they still owe on their home.

And 49 percent believe the hassle and paperwork of remortgaging simply wouldn’t be worth the financial savings.

Another 46 percent don’t believe they really know enough about the matter to make their own decisions – and simply “do whatever the mortgage advisor tells them”.

While six in ten can’t face the hassle of trying to change their rate and consider their financial situation to be “just fine”.

A spokesman for Barclays Mortgages, which commissioned the research, said: “It’s clear from our research that many find remortgaging a tricky subject to understand, even though UK adults have been on the mortgage payment ladder for an average of 13 years and five months.

“As a result of lacking knowledge in the subject, homeowners are sticking with what they know and not exploring new options when it comes to remortgaging.

“With the average amount left to pay on a mortgage at 45 percent, remortgaging sooner could end up saving them money – not only month to month, but over the whole of their mortgage-paying life.”

It also emerged that the average monthly cost of a British mortgage is £560, and one in five hope to be mortgage-free by the time they’re just 50 years old.

Six in ten homeowners are on a fixed-rate mortgage, but just 17 percent are on a tracker offering and 10 percent have an interest-only deal in place.

However, just under one in ten are happy to admit they don’t even know what kind of mortgage they have.

And 21 percent have no idea when they’ll even be eligible to apply for a new mortgage, according to the OnePoll figures.

The spokesman from Barclays Mortgages added: “Whatever the reason for remortgaging, doing research and exploring the options available to you could pay dividends.”