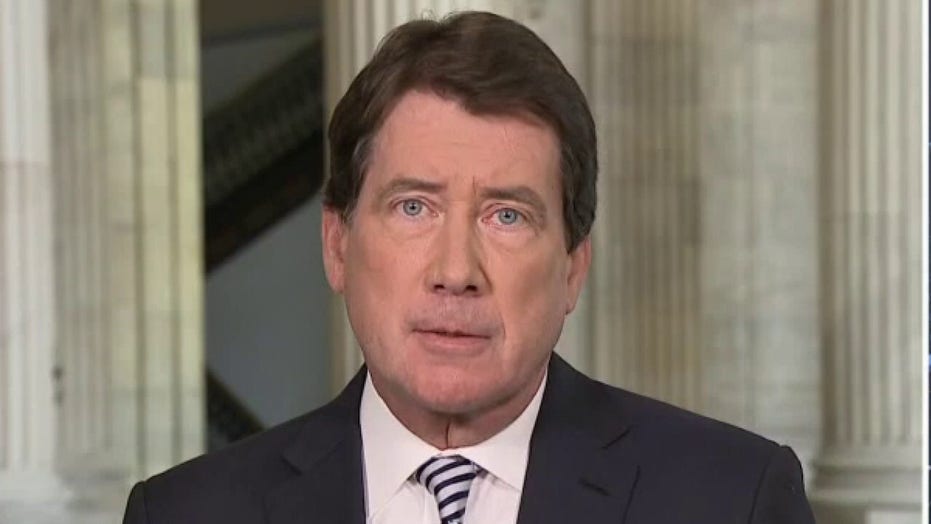 Sen. Hagerty: Biden admin ‘blocking us’ from transparency on migrants in Tennessee

Tennessee Republican discusses the surge of minor immigrant traveling through his home state.

Sen. Bill Hagerty, R-Tenn., is raising concerns about an alleged lack of transparency from the Biden administration on the transportation of child migrants into Tennessee and other states, saying questions remain unanswered about what he called the “distribution network” to get migrants into the U.S.

“The Biden administration will not tell us how many people they are shipping into Tennessee and I’m sure this is the case across the nation,” Hagerty told Fox News in an interview. “But there is clearly a plan in place, there’s clearly a distribution network in place to distribute the people they are processing in droves across the border into the interior of the United States and as I said, this border crisis is turning every town into a border town today.”

The Biden administration has been dealing with a surge in migration at the border, including a spike in unaccompanied migrant children that hit historic highs a few months ago but has lowered since then.

Border Patrol is still seeing hundreds of child migrants come to the border a day, many of them dropped and left to fend for themselves, and the Biden administration is not returning them via Title 42 public health protections. Instead, they are being transported to Health and Human Services (HHS) custody, where there are currently about 15,000 migrants, and then they are united with an adult parent or sponsor in the country.

The administration has been paying for the children’s transport costs, or for the sponsors to come and pick up their children from a government facility. That means children have been transported across the country to sponsors – sparking the ire of a number of Republicans, particularly in Tennessee. 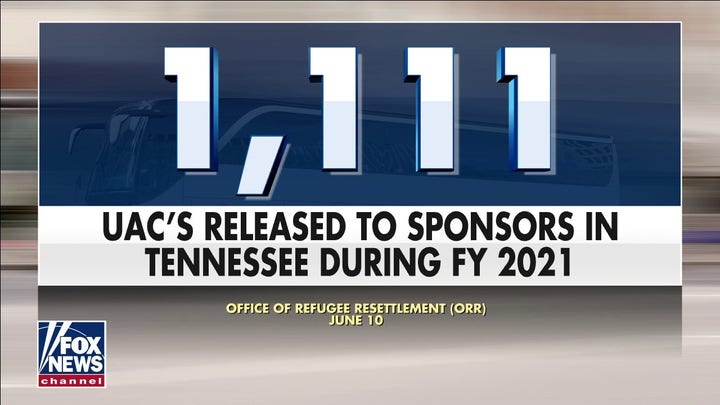 Both Hagerty and Sen. Marsha Blackburn, R-Tenn., have introduced legislation that would require the HHS and the Department of Homeland Security to consult in advance with officials in jurisdictions affected by federally funded migrant resettlement. They, along with the governors of Tennessee and Iowa, have written to the administration requesting details.

“Both Iowa and Tennessee have faced a series of disturbing incidents involving the transport of unaccompanied children into our states, under the cover of darkness, with no advance notification,” a letter from the governors says.

The governors highlighted a number of reported flights into Chattanooga in May, where they say state agencies were initially told federal agencies had no knowledge of the flights – although the flights were confirmed by the White House a few days later.

“They’re simply on their way to unite with relatives and sponsors – to meet sponsors in the state, or just traveling through Tennessee until they reach another destination to unite with family members or legal sponsors,” White House press secretary Jen Psaki said at a May 21 briefing.

In a statement earlier this month, HHS’ Office of Refugee Resettlement said its mission “is to safely care for unaccompanied children until they can be unified with a vetted sponsor, usually a parent or close relative.”

“As part of the unification process, ORR is currently facilitating travel for the children in ORR’s custody to their sponsors to prevent any delays. Their parents and relatives are located across the United States (U.S.), and ORR contractors use various transportation modes to unite unaccompanied children with their families,” the statement said. “These modes include air and ground transportation options, taking into account child safety and wellness, travel time and cost-effectiveness.”

The office said travel may consist of flights from various locations with stops at different airports.

Hagerty says he has not yet received answers from the Biden administration about flights into places like Chattanooga, where he says there is also a migrant shelter, about which details are scarce

“The school system can’t plan, the hospital system is concerned – are these people being tested for COVID or are they being inoculated? How many are coming in, will they overwhelm the health care system? Law enforcement similarly has concerns, do they have the capacity to deal with the influx of people?”

Hagerty also said there have not yet been answers about who these migrants are being united with, how many are here illegally, if they have criminal backgrounds and if they are parents or guardians.

“All of these things are unanswered, there’s more questions than answers and it’s very concerning for all of us,” he said.