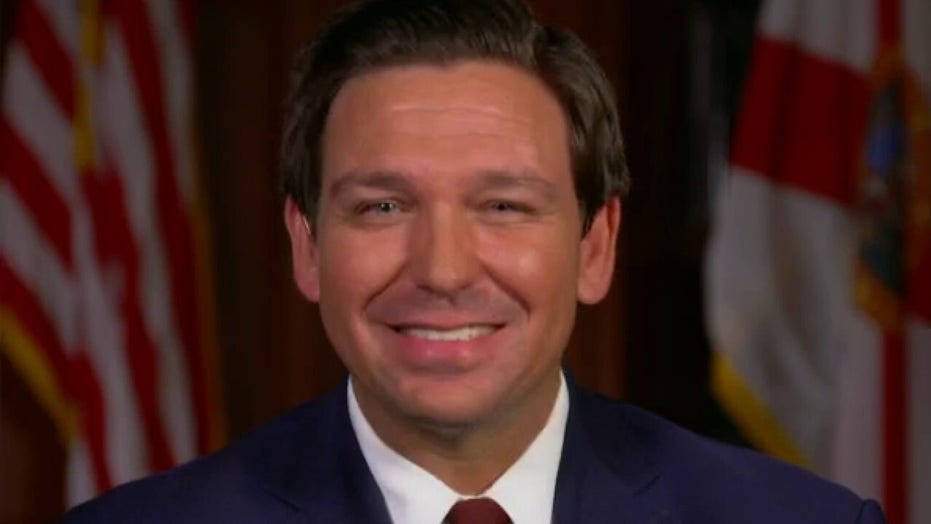 Florida Gov. Ron DeSantis took the high road Tuesday night in his response to an attack by CNN host Brianna Keilar, who called him "an ass" for scolding a reporter of the same network after she appeared to blame him for coronavirus vaccine distribution issues at local hospitals.

"You know what, I don't seek validation by the media," DeSantis told Tucker Carlson. "What I seek is supporting the citizens of my state, and I can't tell you as this pandemic has worn on, the number of times someone has come up to me with tears in their eyes saying 'if it wasn't for you, my kid would not be in school and I would not have my job.'

Keller's personal attack on the governor was prompted by a testy exchange between DeSantis and CNN reporter Rosa Flores during a press conference on Monday when Flores shouted: "Governor, what has gone wrong with the rollout of the vaccine that we’ve seen phone lines jammed, websites crashing?"

DeSantis, a Republican, responded that there is "a lot of demand," as the CNN reporter continued to speak over him.

"Excuse me, excuse me, you just said, ‘What has gone wrong?’ so I’m answering the question," DeSantis said as Flores continued to speak over him. "If I could complete the question, though."

DeSantis fired back, "So you’re going to give a speech or are you going to ask a question? You asked a question and I’m going to answer it."

Flores then accused DeSantis of not having a plan to ensure senior citizens don’t have to wait in long lines for the vaccine.

DeSantis criticized the CNN reporter for not researching the issues raised in her question. He said that the coronavirus vaccine was distributed to hospitals and the hospitals decide how to dispense it.

DeSantis told Carlson that he wears the media scrutiny as a "badge of honor," calling it an indication of his state's success in safely reopening schools and businesses while maintaining a low  COVID-19 mortality rate statewide.

"I think it's very clear some of these networks obviously, they have agendas," he said. "They are not trying to report facts anymore. It's all about spinning whatever narratives they think can get ratings and that's just the reality of the situation, so it doesn't impact me."

The governor pledged to "continue keeping our eye on the ball and working as hard as we can to deliver results."

Carlson said he believes the left-leaning media has taken a renewed interest in the governor because "They think you're going to be the Republican nominee. That's why they're attacking you," he said.

DeSantis did not directly address Carlson's comment but did confirm that he "will be the governor nominee in 2022 here in Florida," adding that he "look[s] forward to running that race."