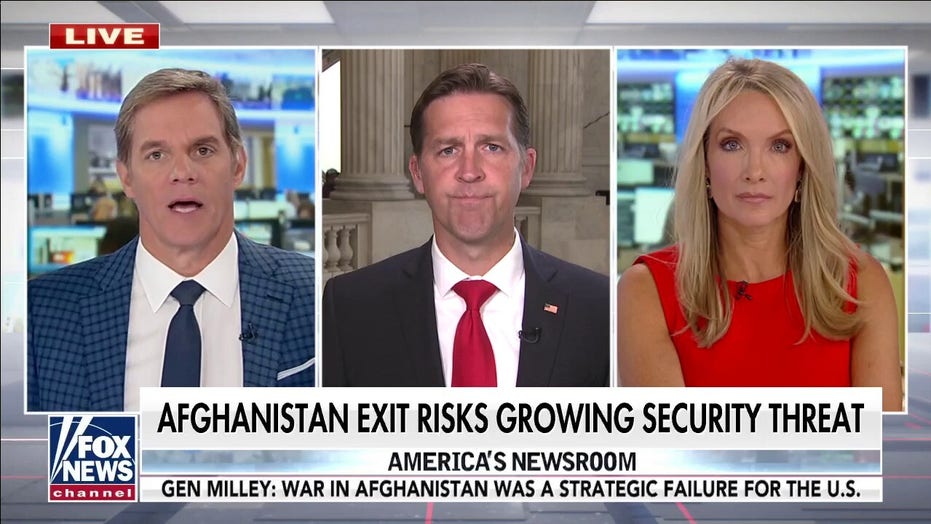 Sasse on Afghanistan fallout: ‘Really difficult to understand what Joe Biden is doing’

FIRST ON FOX: Republican lawmakers from North Carolina are introducing a resolution to both chambers honoring the veterans of the “global war on terror.”

Rep. Greg Murphy, R-N.C., introduced a resolution to the House of Representatives on Thursday honoring the 13 service members killed in the Kabul suicide blast as well as the veterans who served throughout the post-9/11 conflict.

North Carolina Sens. Richard Burr and Thom Tillis, both Republicans, are leading the companion resolution in the Senate.

“It was my honor to introduce this resolution in the House today in remembrance of the 13 servicemembers who perished in the recent attack at the Kabul airport, and to formally recognize all of the brave men and women who fought, served, or perished during the Global War on Terror,” Murphy told Fox News in a Thursday statement.

Murphy said that the nation’s service members “have sacrificed so much over the last 20 years to keep our nation safe” and expressed his confidence in “their sacrifice, patriotism, and valor that have prevented another 9/11-style attack.”

“We are forever indebted to our veteran heroes and their loved ones who have sacrificed so much to preserve and defend the life and liberty of our great nation,” Murphy said, adding that the resolution “is the least we can do to honor our fallen heroes and carry out our commitment never forgetting the lives and legacies of those service members who never came home from war.”

“I am heartbroken we lost 13 brave servicemen and women last month, including two stationed in North Carolina, in such a horrific and cowardly attack,” Burr told Fox News in a Thursday statement.

“The men and women we lost made the ultimate sacrifice for our country, and we owe it to them and to their families to honor and preserve their memory,” the senator continued. “I’m proud to sponsor this resolution, which also honors all who’ve served our country in the Global War on Terror, and to represent so many of America’s brave men and women in uniform.” 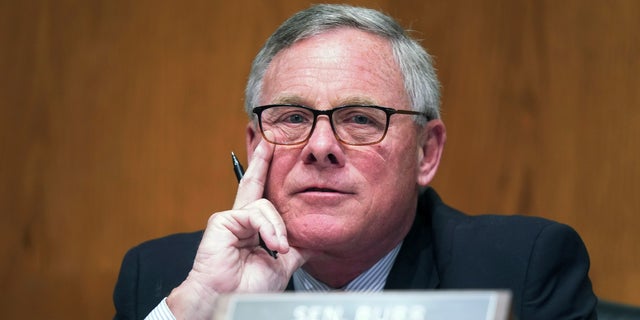 “The tragic terrorist attack on U.S. servicemembers that took the lives of 13 men and women in uniform was the direct result of the Biden administration’s botched withdrawal of Afghanistan,” Tillis told Fox News in a Thursday email. “The United States should never have put our service members in harm’s way securing the Kabul airport while the Taliban overran the rest of the city left our men and women in uniform vulnerable and allowed terrorists to plan and execute an attack.”

“I am heartbroken for the families of the 13 servicemembers who made the ultimate sacrifice, including two who were serving out of North Carolina,” the senator continued. “I am honored to introduce this resolution with Senator Burr and Congressman Murphy to recognize these brave individuals, we will never forget their service and sacrifice on behalf of our nation.”

The resolution names all 13 of the American service members killed in the Hamid Karzai International Airport in Kabul suicide bombing last month.

Additionally, the resolution also honors “all those who served, fought, or perished in the overall Global War On Terror have served valiantly in defense of the Nation.”

The resolution comes the month after President Biden’s deadly and catastrophic troop withdrawal from Afghanistan that gave way to the Taliban swiftly taking over the country.

Top Pentagon officials blamed the State Department for not beginning evacuations of civilians from Afghanistan sooner, calling the efforts “chaotic,” while defending the “skill and leadership” of U.S. troops during a hearing before the House Armed Services Committee Wednesday focused on the military withdrawal.

Houston Keene is a reporter for Fox News Digital. You can find him on Twitter at @HoustonKeene.