Home » World News » Giant Asian Hornets that can 'kill with a single sting' set to invade Britain – and will 'cause £7.6m a year in damage'

Giant Asian Hornets that can 'kill with a single sting' set to invade Britain – and will 'cause £7.6m a year in damage'

NASTY Asian Hornets are invading the UK and could cost the economy millions of pounds, according to a report.

The insects, which can kill with a single sting, are having a devastating impact on Britain's already dwindling honeybee population. 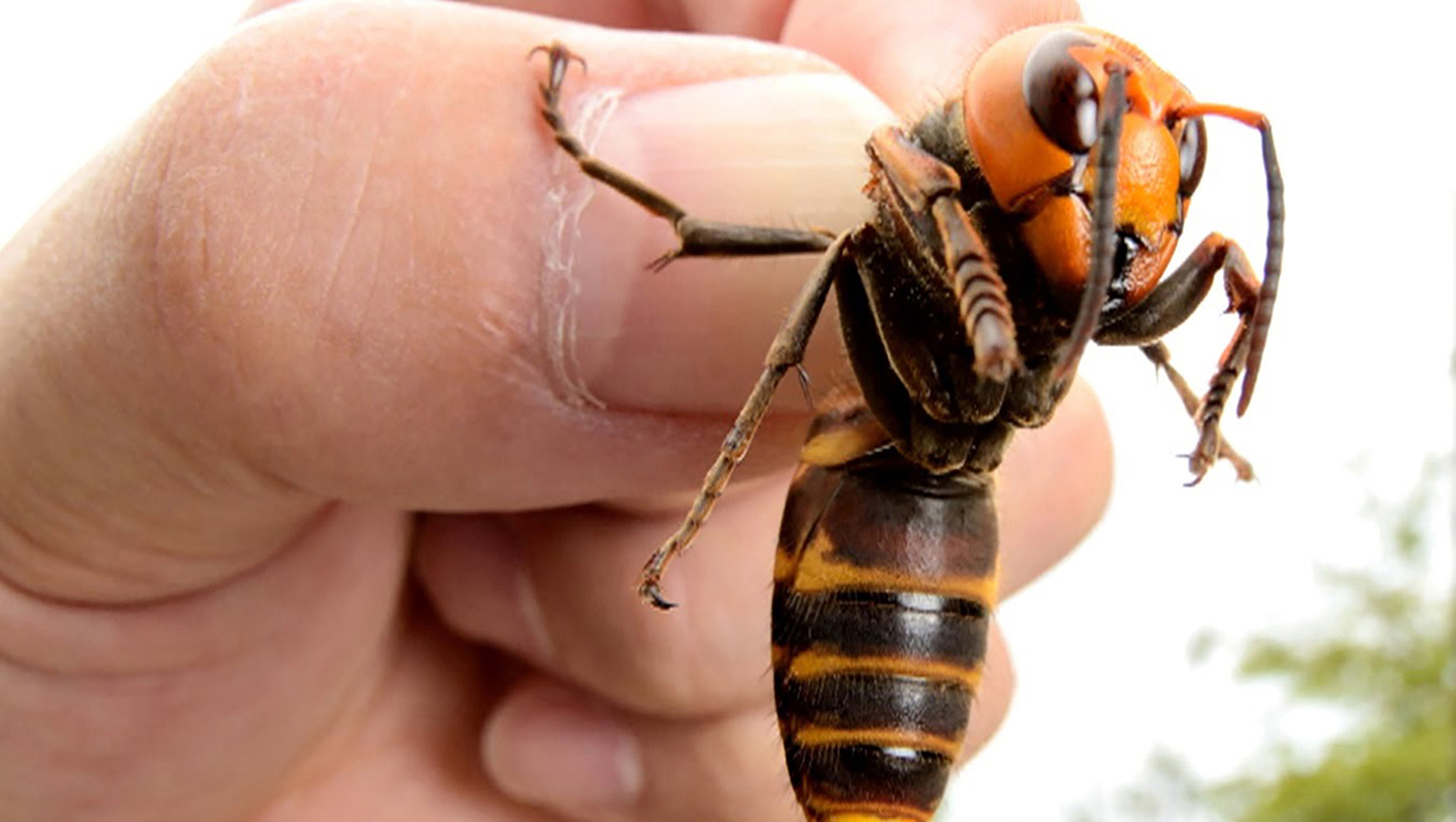 And experts warn their environmental destruction could cost the UK up to £7.6million pounds every year.

Asian hornets are similar to European hornets but they are not native to the UK.

They are large insects measuring almost 2in long, originally from Southeast Asia, that prey on small creatures – especially bees.

Just one sting is enough to kill someone allergic to their venom. 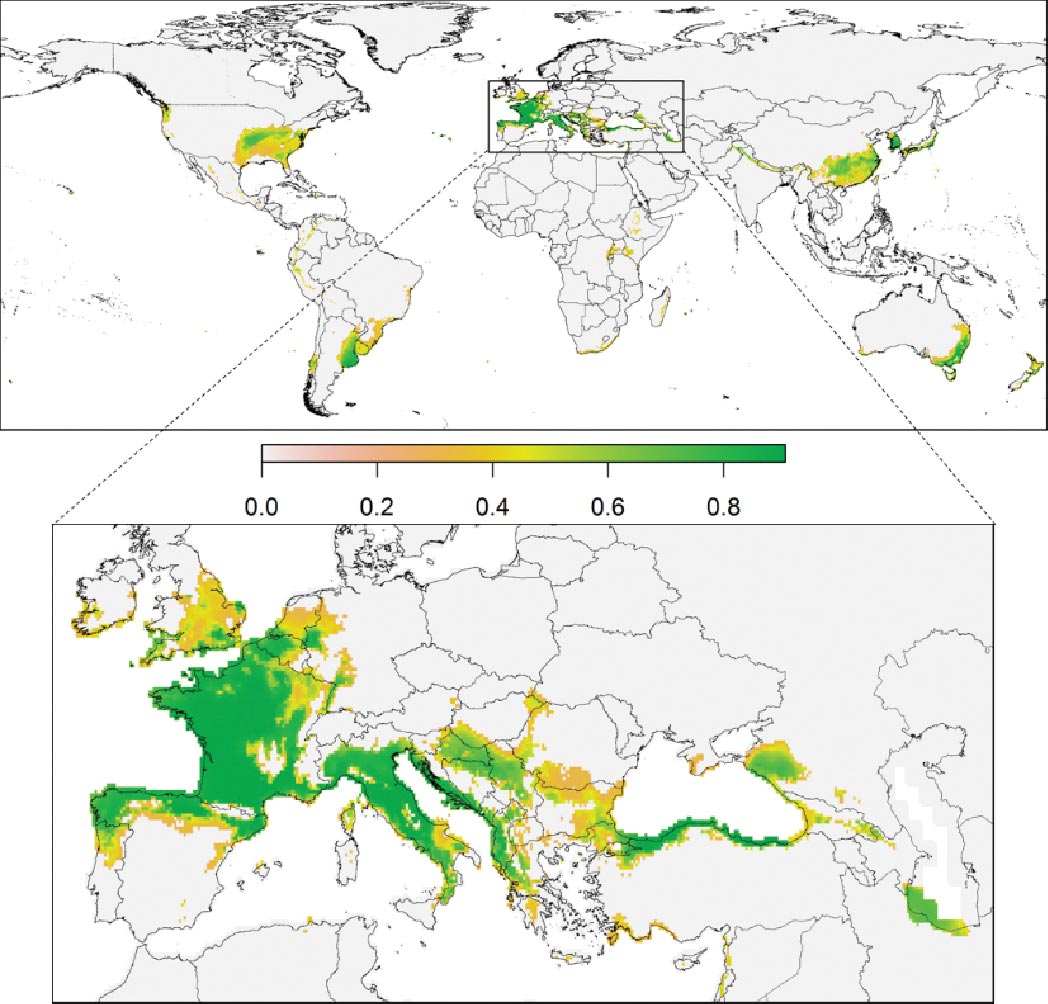 The yellow legged critters were accidentally introduced to France from China in 2004 and they have been spreading rapidly throughout Europe ever since.

Experts estimate the Asian hornet colonised most of France at a rate of 60 to 80 kilometres per year.

And the species has swiftly been invading other countries including Spain in 2010, Portugal and Belgium in 2011, Italy in 2012 and Germany in 2014.

The invasive hornets made it to the UK in 2016. 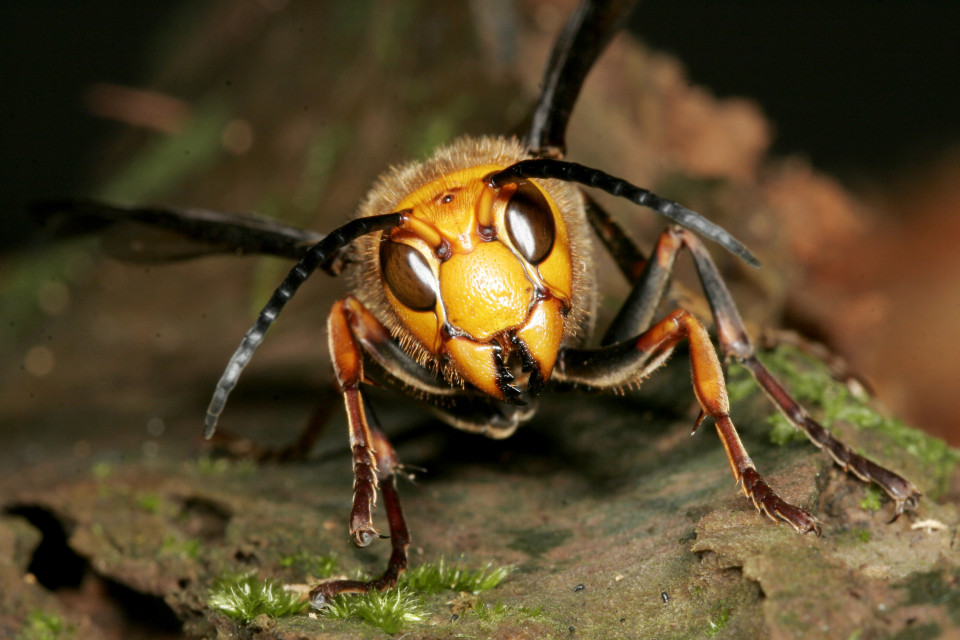 In a new study, French scientists evaluated the estimated cost of this non-native hornet invasion to Europe.

They did so by analysing the negative impact Asian hornets have on ecosystems and the global decline in pollination and honey production.

The invasion is mainly controlled by destroying hornet nests and bait trapping.

But the authors say these methods are not enough to completely eradicate the species.

The cost of fighting the invasion was the price of nest destruction – calculated by studying the companies that provide the service.

In Japan and South Korea, where the species has already been observed, the total yearly cost is estimated at 19.5 million euros (£17.2million) and 11.9 million euros (£10.5million) respectively. 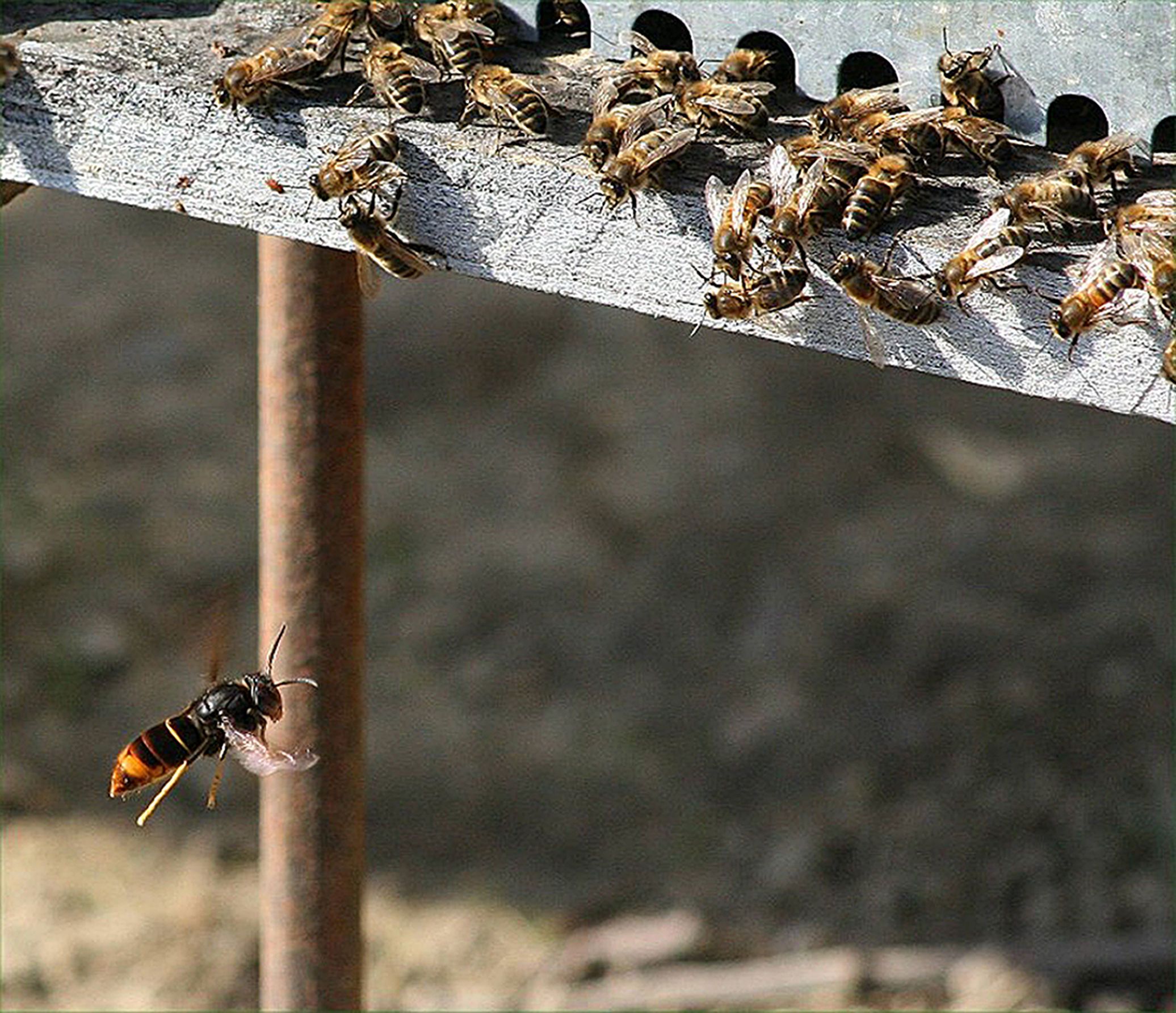 The USA, Australia, Turkey and Argentina are also in danger with experts estimating the cost to be 26.9million euros (£23.8million or $29.3million) to the USA alone.

Research leader Professor Franck Courchamp said: "In 2006, only two years after the hornet was first observed in France, three departments were already invaded and the cost of nest destruction was estimated at 408,000 euros.

"Since then, the estimated yearly costs have been increasing by about 450,000 euros each year, as the hornet keeps spreading and invades new departments.

"Overall, we estimated 23million euros as the cost of nest destruction between 2006 and 2015.

"If the hornet keeps spreading at a similar rate, we expect the yearly cost of nest destruction to reach an estimated value of 11.9million euros (given that all suitable areas are invaded) in just 12 years."

So far, nest destruction is the most effective way to fight the invasion but experts say it is not enough to kill off the species.

Only 30 to 40 per cent of the detected nests are destroyed each year in France.

And those that are destroyed are the ones that have been deemed particularly harmful to human or beekeeping activities. 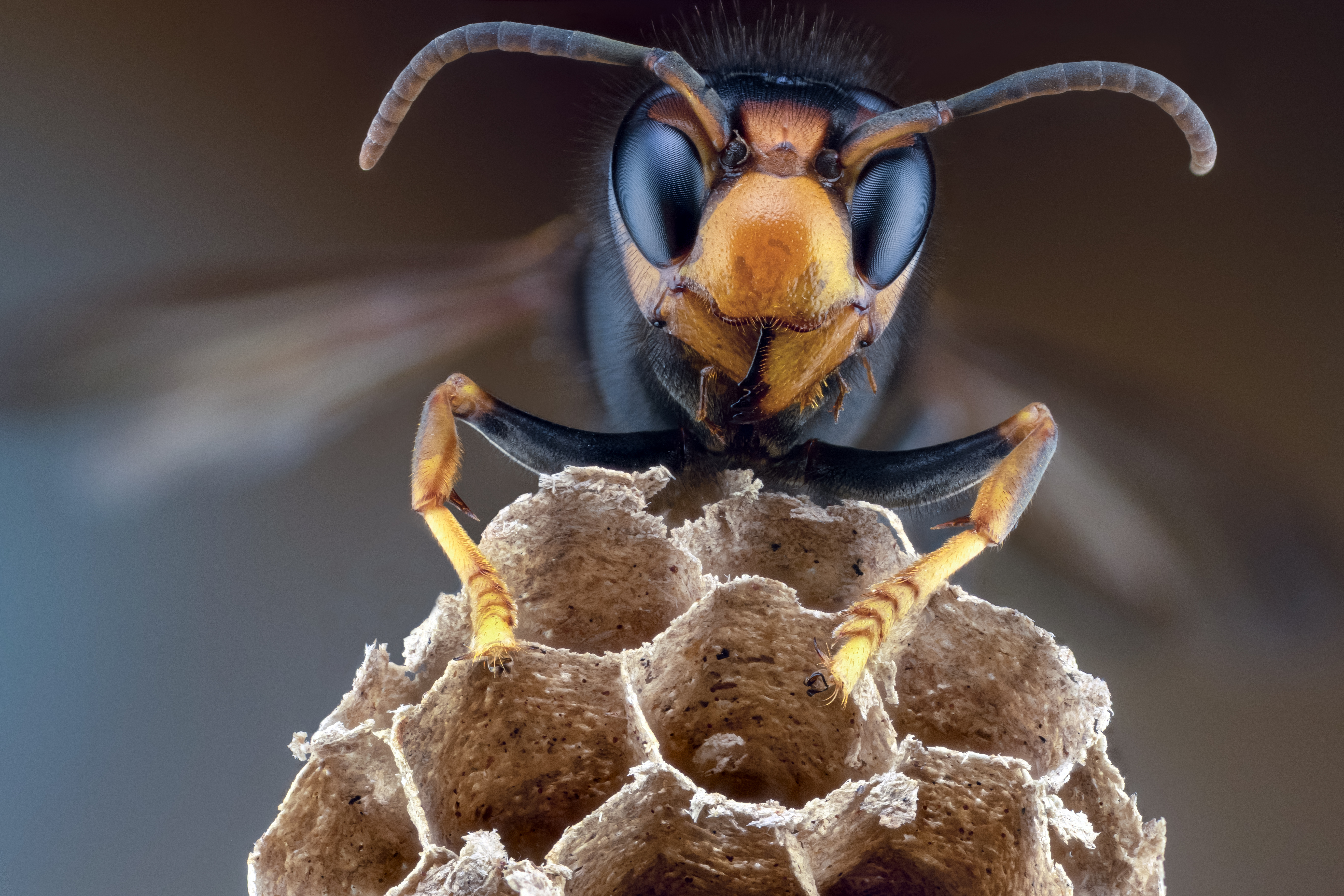 The scientists are calling for more active measures and research into the invasion of Asian hornets.

Professor Courchamp said: "The current study presents only the first estimates of the economic costs resulting from the Asian hornet, but definitely more actions need to be taken in order to handle harmful invasive species – one of the greatest threats to biodiversity and ecosystem functioning."

The study was published in the journal NeoBiota.

Asian hornet sightings in the UK should be reported using the Asian Hornet Watch app.

What are the most poisonous animals in the world?

Here are seven of the most deadly creatures…

In other news, playing this Skrillex dubstep song can stop mosquitoes sucking your blood – and even kill their sex drive.

The "worst disease ever recorded" is a flesh eating fungus responsible for a "frog apocalypse", according to scientists.

And this mad scientist has ranked the world's worst insect stings and bites by getting nipped on purpose.

Are you worried about UK bug invasions? Let us know in the comments!