Progressives will be ‘pushed aside’ by Biden administration: Domenech

Georgia Rep.-elect Carolyn Bourdeaux fell just 433 votes shy of becoming a congresswoman in 2018 in the tightest House race in the country.

Democrats picked up two more open House seats in North Carolina because of new congressional district maps. But Bourdeaux remains the only Democrat to flip an existing red district blue. Meanwhile, Republicans flipped a dozen seats from blue to red and weakened the Democrats' majority.

Bourdeaux credits her win to putting in the work of building the Democratic Party infrastructure of registering voters, especially in the Asian American community, to the mobilizing efforts of young organizers and meeting with people of all backgrounds. She said she visited mosques, synagogues and churches, talked to the local Rotary Club, Chamber of Commerce and Black fraternities and sororities to brainstorm solutions on issues important to them. 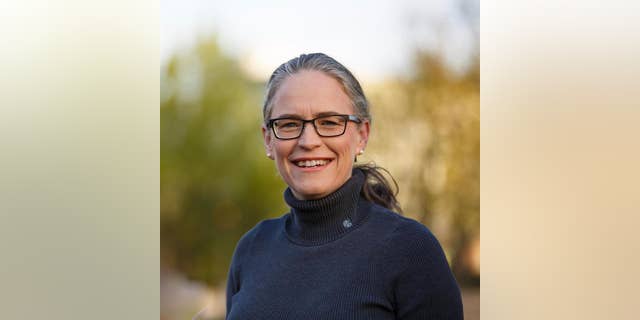 Carolyn Bourdeaux, D-Ga., narrowly lost in 2018 in Georgia’s 7th Congressional District.  But the college professor mounted a comeback and won the race in 2020. She was the only House Democrat to flip a red seat.
(Carolyn Bourdeaux for Congress)

She focused her campaign on universal messages of improving health care, fighting the coronavirus and getting people back to work and school.

"It's a combination of message and then work," Bourdeaux said of her success in a traditionally Republican area of Georgia.

The 2020 election delivered mixed results, with Joe Biden winning the White House and Georgia — the first time a Democrat carried the Peach State since Bill Clinton in 1992. But Democrats lost seats in the House, and Biden's only hope of having Democrats control the Senate is by winning twin runoff elections on Jan. 5 in Georgia.

"It was a double wave election where both sides really turned out in huge numbers," Bourdeaux said. "I don't know if there's anything clear except that we are a purple nation. … We're just going to have to find a way to focus on the problem and then work together to find a solution.”

Top of her list is solving the coronavirus crisis and improving health care. It's unacceptable that so many middle-class families are priced out of buying health care and those with insurance still can't afford to pay for prescription drugs or cover their medical bills, she said.

Health care problems hit close to home. Her parents' health care costs become so expensive, they drained their bank accounts and couldn't afford to pay for their medications. Bourdeaux's mother cared for her sick father for 10 years until both her parents passed away in 2017, she said.

"I have my own personal story. My father was sick for a decade. My mother took care of him and all of their discretionary income was eaten up paying for his prescription medications," Bourdeaux said.

In talking to a range of voters over the years, she saw that health care struggles are too common.

"I think everybody had a health care horror story," Bourdeaux said, relaying stories of maternity care and unexpected billing.

"I cannot believe we allow this to happen to us. And so those are the kind of things that we need to fix and … I'm already talking to people about working in a bipartisan fashion."

Bourdeaux, 50, is an associate professor at Georgia State University teaching classes centered on public service, policy and budgeting. She's a wife and mother to an 8-year-old son.

ASHLEY HINSON, FORMER TV NEWS ANCHOR, IS LOOKING FOR SOLUTIONS — NOT TO 'LAUNCH FIREBOMBS' IN CONGRESS

She brings to Washington a deep policy expertise that she wants to put to use to find bipartisan solutions, especially on health care. She previously tackled legislative issues in Washington, D.C., as an aide to Sen. Ron Wyden, D-Ore., and was the former director of the nonpartisan Georgia Senate Budget Office where she worked with both parties to balance the budget during the Great Recession.

"I had solved problems during the last worst crisis this country had faced and I had done it in a bipartisan basis. I got the job done for people," Bourdeaux said. 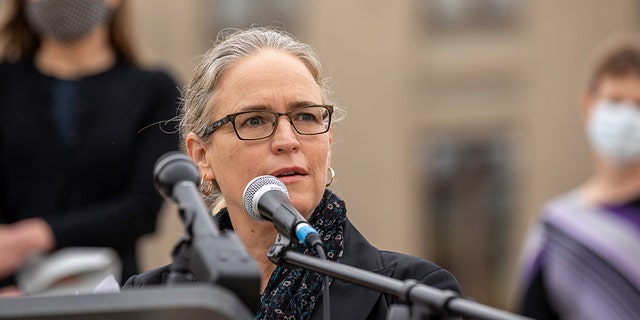 Representative-elect Carolyn Bourdeaux, a Democrat from Georgia, speaks during a campaign event with U.S. Democratic Senate candidate Jon Ossoff, not pictured, outside the Georgia State Capitol in Atlanta on Tuesday, Nov. 10, 2020. Republican Sen. David Perdue of Georgia was forced to a runoff with Ossoff, with his campaign saying the incumbent looks forward to the matchup. (Dustin Chambers/Bloomberg via Getty Images)

In contrast to the Democratic socialist wing of the party, Bourdeaux takes a more measured approach to health care, policing, free college tuition and more.

She wants to improve the Affordable Care Act and add a public option but doesn't back "Medicare for all." She didn't run on the Green New Deal; instead, she talks of having a Marshall Plan level of investment in clean-energy jobs and building up a green transit system.

"I'm very interested in … having a big infrastructure investment," Bourdeaux said. "We need it anyway. If you've driven through Atlanta, we have soul-sucking commutes and horrific traffic."

"I have never said defund the police," she said. "That's just a made-up argument and it takes away from a very important conversation we need to be having about race."

As a college professor, Bourdeaux understands firsthand the struggles students face trying to pay for school but says families need to have some skin in the game. "I believe in affordable. I don't know that I can get you to free." 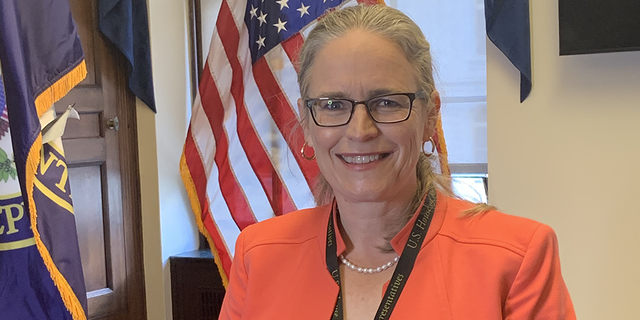 When she recently arrived in Washington, D.C., Bourdeaux took stock of her historic victory.

"It's an extraordinary honor to be here and to go step on the House floor where so many historic debates have taken place," Bourdeaux said. "I don't think you run for an office like that unless you really deeply believe in the country. You see the Capitol building and you're like: 'I can't believe I'm going to have the privilege of working there.' It truly is very, very moving."