Former National Security Adviser Gen. Michael Flynn [Ret.] joined Fox Nation’s “Tucker Carlson Today” to discuss the power and autonomy of the Deep State, and how in the time since the September 11, 2001 terror attacks, the government’s attempts to better secure the U.S. essentially led to a spike in resources for such an apparatus.

As host Tucker Carlson recounted, the three-star general spent more than 30 years in the armed services before President Obama named him to lead the Defense Intelligence Agency (DIA), which was followed by his brief and tumultuous time as national security adviser in the early days of the Trump administration.

Flynn told Carlson that President Ike Eisenhower warned future generations about the potential rise of the Deep State when he spoke of the Military Industrial Complex.

“If you fast forward to today, 2021, you can add a component to that,” he said of the 21st Century national security apparatus.

“The security state of this country has grown probably by five times in the last 25 to 30 years.” 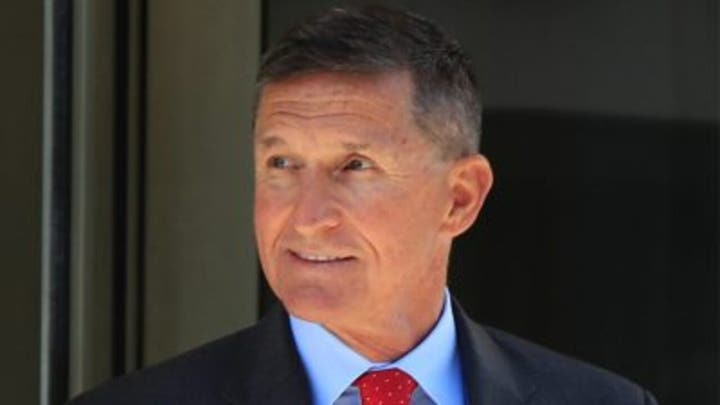 “So in a 10 year period of time, and it really was — 9/11 probably was the impetus behind some of this. But I think what happened was, over time, this security state complex really joined with this military industrial complex that Eisenhower talked about,” he said.

“And the danger now that we face is we have– that security state complex are all of these intelligence community agencies and activities that we have, right, that we’ve heard so much about …  who actually is in charge of them, and then what authorities or what things that they’re able to do– You’ve lived this, via them monitoring your phone calls, right?” Flynn told Carlson.

“We have the one that actually gets elected and goes into office. And then you have a government inside of Washington DC that operates under no rules, no authorities other than their own,” Flynn said of the ‘second’ government – the Deep State.

“I would say that that, to a degree, is what we’re operating with today. So when people talk about the Deep State… I don’t really describe the Deep State as a group of [politicians] — you know, of Nancy Pelosi, or Chuck Schumer, or some of the people that are elected. They become part of it, but they’re not really the deep state.”